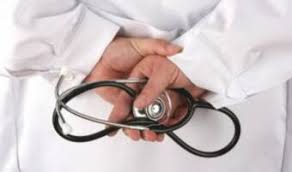 The medical profession is rushing towards its destruction as the people discover it is the greatest threat to health.

Ivan Illich the great thinker and critic has written his famous treatise Limits of Medicine and Medical Nemesis  highlighting exactly what is wrong. He had prophesied that change will not come unless social goals and priorities are set right. He stressed that over industrialization is the bane of society.

We have the best of brains seeking medicine as a career. What happens to these brains when they qualify and emerge from medical schools?

Medical education is a form of unparalleled hypnosis. Medical jargon, verbosity and the ambience of professionalism are the tools that aid this hypnotic state. The lure of a lucrative practice is the blindfold that never comes off.

But yet the silence of the profession and its eagerness to pursue the  misguided path remains a mystery that needs delving into.

- It begins with medical education. The student is numbed by the volumes he has to rote. It provides absolutely no space to contemplate and question. Disgruntled doctors have written about how they have been rebuffed if they had dared to raise serious issues

- The pharmaceutical industry decides what the students read. There is no sanctity in medical texts. The authors are in bed with the industry and rewarded handsomely

- Medicine is not the engineering subject that students are forced to learn. It is the art of observation, experience, and minimal intervention that students remain ignorant about

- The industry cozies up to the students in the form of sponsorships. The bond operates throughout the life of the pass outs.

- Medical education is prohibitively costly. The ambience encourages returns. A father wants his children to earn handsomely in return for his investment. The pass out seeks to earn enough to cover the costs. The industry welcomes such ambitions with open arms

- Continuing medical education is another industry dominated model. You earn credits as you are brainwashed into believing that toxic drugs are not toxic if they are administered into people

- Medical workshops and seminars are overwhelmingly sponsored events. The speakers are glorified medical representatives. The ubiquitous medical advertisements and the sumptuous benefits would entice even the Sages

- The system has wholesale Govt backup. Everything is legal. The public is kept ignorant. Other systems are dumbed down to the extent possible. In this atmosphere anything goes as there is no responsibility and accountability

- The medicos are actively targeted by the pharma representatives. The target and commission game is everywhere and at every level. Commissions are paid in advance and therefore fulfilling them is the greatest burden that dominates every other concern

- Not only the pharma industry, the entire marketing set up is after the successful doctor. As a result the doctor is burdened with EMIs and credit card loans

- The 5 star hospitals are the coffins where medicine takes its last breath. The serving doctors are slaves to the fortnightly targets on which their hefty salaries depend

- On matters of curtailment of reproductive health the coercion comes in the form of high ranking health officials breathing down the doctors necks. They are abused and threatened if they do not comply. In the medical empire agendas rule

- Many doctors seek an escape. Not all enter the profession in search of a lucrative career. There are still the dreamers and good souls who have been bamboozled into thinking that modern medicine can lead to good health and wellness. These souls tend to revolt. They are put into place and restrained by the medical associations

- If the doctors still do not comply their medical license is always in threat. Dr Andrew Wakefield is a glaring example. He dared to question vaccines by presenting fool proof scientific studies. So was the case with my Guru Dr Herman Fudenburg. But this brave immunologist continued to practice without his licence being renewed!

Medicine is not the altruistic venture that the public believe. It is a world of terrible deception and violence. The doctors are the pawns in the overall game. As they are the visible aspect of medicine they get mauled in the crossfire. There should be awareness about the role that the mighty pharmaceutical industry plays. Even more worthy of investigation are those that frame the rules of the industry and finance it with their money and hold over the systems that rule the world.