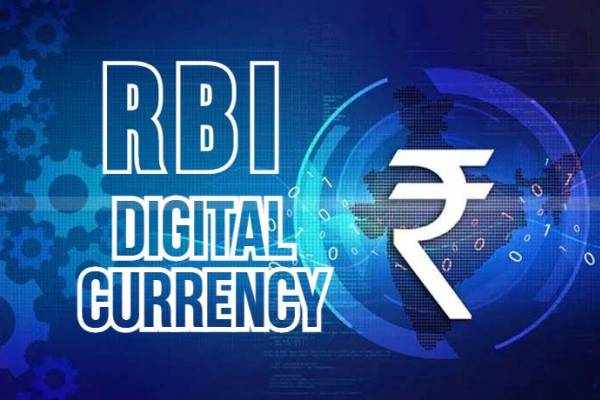 It is not an accident that the Reserve Bank has floated a pilot digital currency initiative. Preparations for this have been going on for a pretty long time. The demonetization exercise hoped to get the whole country hooked on to it by reducing the circulation of currency. But that did not happen and today there is more cash in circulation.

China has been the first country to launch the digital currency. Today most of its population is forced to use it. They scan QR codes or allow facial recognition technology to facilitate payment.

The fact that this process tracks and records everything enables the CCP to exercise more power. Expenditure is tracked, transactions are tracked, spending habits are tracked, the individuals are tracked and also the business houses.

Digital currency directly places the economy in the hands of the entity that regulates it. There is no way to hide. There is no scope to deny.

Is India far behind? The Indian Banks are now permitted to use facial recognition technology and iris scans. Savvy that!

We are entering into the fourth industrial revolution. We are proceeding from machines to digital technology and artificial intelligence. Proceeding or are we already in it? We are dependent on digital tools, the internet, and are becoming accustomed to net based banking and digital payments. By using software we are guided and monitored by artificial intelligence and what we read online is already being written by it. Soon we will become accustomed to robots in every aspect of our lives.

- Uncanny level of control and compliance

What is coming next? The digital ID. We already have Adhaar. But digital ID is something at the next level. It will contain every possible information about you in a chip. Your personal details, your finances and sources of income, your assets, your documents and their validity, all information about your health and treatment, your injection status, your social media behavior, your behavior in society (tracked by the network of surveillance cameras), the legal cases you may be involved in and so on.

Your existence in society will depend upon whether the information contained in this chip/ capsule/ server space is conducive or makes you an enemy of the state.

China also has a social credit score that determines the incentives and punishment a person is eligible for.

The Chinese model is the hot favorite of institutions like the World Economic Forum and the WHO that have publicly praised it. It is a socialist model enforced by ruthless capitalists.

These words are being mainstreamed;

- Build back better (destroy to redesign)

- Carbon footprint (you are the problem)

- Dark winter (getting used to rationing)

It is now obvious that from globalization we are moving towards a totalitarian one world government. It will be controlled by a region, facilitated by artificial intelligence and headed by a person.

The people involved in this exercise are talking about blending human beings with machines to create what they call "singularity". They are also airing their views that the world would be better without 7 billion of the current population. That leaves about 0.8 billion.

This population according to the UN Habitat Plan will be housed in the Smart Cities we have so eagerly and proudly stepped into. Worldwide these cities can host about 5% of the present population.

These cities will be earmarked into 15 minute zones and people of these zones will be expected to stay within them. Nobody will own any asset. There will be strict norms about personal use. Already the WEF has made it clear that a person needs only two pairs of dresses a year and a pair of shoes. Food and water consumption will also be determined. Income will be based on work and social credit scores. The slogan as you all have already heard is, You will own nothing and be happy.

Why? You may ask foolishly. For are there not pandemics to prevent? Is not manmade climate change an issue to be tackled strictly? Are resources not finite and population greedy?

What about the filthy rich and elite? You will be happy to know that these restrictions will not be applicable to them. The people who own 95% of the world's wealth and are responsible for 95% of greenhouse gas emissions will be free to do as they please.

How will all of this come about? The world will be subject to various crises. The steps necessary for the new order will be enforced as solutions. You have already witnessed how a controversial epidemic was able to change the way the world operates. According to Klaus Schwab, the founder of the WEF, it provided an opportunity to bring in the new world order and also observe how the people behave when faced with acute restrictions.

What are the future crises they are drumming up? Already the WEF has come out with a list and that includes crisis in the digital and financial world, climate change, and social and religious conflicts.

What does this mean?

- There will be a new internet system. The current one will be taken down in a planned cyber attack. The new one will require you to login with a Digital ID

- There will be a new economy based on digital currency

- There will be new societal norms as decided by the WEF. Everything will change. You can go to the WEF website and minutely study their bulletins to guess what they are up to

- There will be a new mapping of the world into 10 regions, the Asia Pacific region is no 9. The new regions will be under a central rule

- There will be a new religion and a new God. The Pope has already signaled this.

The ticket to the new system will be the Digital ID just as your injection card became your travel permission for a period of time.

What if these crises are not enough? Things can escalate up to impending asteroid strike and an alien invasion! The greater the magnitude of the crisis, the more strict restrictions can be enforced.

What will happen if you fall foul of the establishment by refusing to obey its diktats? Your digital ID will be disabled. You will become an outcaste. You may even be eliminated because you do not conform to the new community standards.