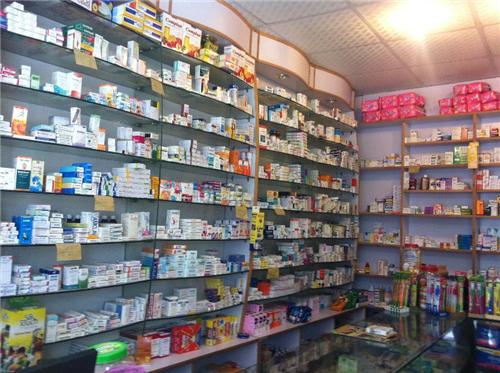 If you think the mighty medical empire exists to heal you, you are mistaken. The empire, headed by the notorious oil cartel led by Rockefeller, was simply looking for expansion of their business empire. With the entire world dependent on oil, the search was on to devise another product on which the world would become dependent. Medicine was a good choice.

Edward Jenner and Louis Pasteur, both sans any medical degree, provided the raw material in the form of two theories that would sicken the world and make people dependent on medicine. Rockefeller's alert decision makers embraced them with open arms. Rockefeller himself cared little. He was happy with homeopathy. He and his family never tasted the brand of medicine he would become famous for. He had even tried to popularize homeopathy but his counselors quickly thwarted his dangerous plans.

Another force was propelling Hitler to power. The chemical cartel of I G Farben, besides manufacturing the ammunitions that would fuel two world wars, carried out notorious experiments with prisoners that would test the limits of pain and endurance in their bid to create super soldiers. In the process they assumed they had learnt all about the human anatomy and psychology. When Rockefeller brought this cartel into his fold, oil and chemicals combined for the ultimate assault on humanity.

We are always told that the medical world consisted of quacks before Rockefeller stepped in to save mankind. What we are not told that the Western world was witnessing the dawn of a new kind of medicine, integrated and holistic medicine. Hahnemann was leading from the front. A genius chemist with tremendous hold over the knowledge systems of the time, he stumbled upon the fact that human beings were ruled by a life force that was more powerful than all the medicines combined. He was tapping it with homeopathy and experiencing miraculous healing.

The MD's of the day initially scoffed at him. But their efforts to prove him wrong opened their eyes and thousands of the most brilliant brains of the time were soon practicing homeopathy with elan. There were also highly experienced naturopaths, herbalists, chiropractors, psychics and energy medicine practitioners who were doing tremendous service to humanity. Medical colleges and hospitals encompassed all of this to create a new brand of medicine.

While MD's of the day struggled to make both ends meet, the quacks ruled. The prime among them was William Rockefeller, the father of J D Rockefeller. He had understood the value of money and taught his children to be ruthless marauders. The quacks organized themselves to form the American Medical Association to stop the profession from embracing homeopathy. Doctors were threatened with cancellation of license. Nobody cared and the profession led by Hahnemann continued to innovate and serve people.

The quacks then combined with highly ambitious clergy and tapped Rockefeller who became a philanthropist overnight to remedy his notorious image. The Rockefeller Institute of Medical Research became the focal point that launched the new system of "disease management". In essence quackery became science! All medical colleges and hospitals that refused to bow down were closed. The holistic systems of medicine were banned and their practitioners called quacks. The irony!

But the doctors of the day were not ready to give up. They continued to study and practice the holistic systems. Hahnemann was relentlessly persecuted and he eventually died a broken man, lamenting on his death bed, I was not born in vain. Dr William Osler, the father of modern medicine, repented his system of reductionist medicine that provided scope to Rockefellers brand. He secretly joined the anti vaccine brigade and campaigned against the practice. A strong opposition held ground with the qualified doctors standing like a rock between the pharmaceutical empire and their patients.

The business interests decided to stage another coup. They brought in the now ubiquitous medical representatives. The profession was to be made a stakeholder in the profits. Doctors cried foul and predicted that this system would corrupt the entire medical profession and soon there would be no difference between the doctors and the medical representatives. But then that was the intention!

The last bastion has fallen. Today the entire set up is about targets and commissions. Health has been forgotten and disease embraced. Prescriptions have become the best tool to increase sales and profits. As disease progressed, the MBBS doctors were declared inefficient. The new breed of MD's took over. This increased the cost of medical education thousand fold without in any way adding to the health of populations. The micro management of disease buried whatever chance existed for health to return. Doctors learnt less and less about the human being, and more and more about non essentials. Faced with astronomical cost of medical education, the practitioners embraced the business model wholeheartedly to recoup costs and in the process became a greedy lot.

The patient, the human being has been totally forgotten. He is simply an earning opportunity. A lot to be coerced with fearful predictions into taking medicines that do no good and increase his disease burden. Today 95.4% of the world's population is irretrievably sick with multiple diseases, most unable to perform their daily duties without medication. 54% of children suffer from chronic disorders. 74% of deaths worldwide are due to chronic diseases. All of this fuels the industry that has the highest profit and growth potential and an enviable turnover of 3 trillion and growing.

Medicine has achieved the impossible. All in the name of science. Today it is a mirror image of what ought to be done to ensure health. The exact opposite! And the public is made to cheer for it. This is worse than the Stockholm syndrome. It is the masterstroke that has felled our civilization to make way for the new order.