My latest: Vaccination - Rules of the Game


Vaccination: Rules of the Game 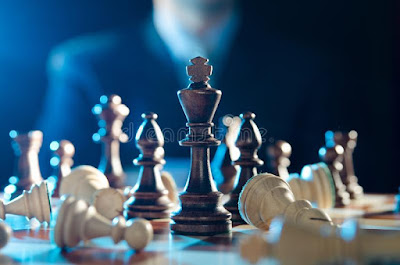 There’s method behind how vaccines are sold, tried and true through a century of campaigns. Here’s how it’s done, from the opening gambit (inflate the figures), to middle game (increase the profits/number of doses), to end game (take the win and start over). No trick and no lie is too big in the high stakes game of Vaccination!
http://gaia-health.com/gaia-blog/2013-04-12/vaccination-rules-of-the-game/


The Game of Vaccines
by Jagannath Chatterjee

The vaccine industry has a turnover of $25.3 billion and, growing at the rate of 23% in huge developing markets like India, is expected to reach $56.7 billion by 2017. . It has emerged as one of the most lucrative sections of the pharmaceutical industry. How has this happened?

The industry has a unique product, which is highly recommended and patronized by governments. Edward Jenner set the pace when he received a princely sum from King George III. They have a customer base that is truly captive. Many of them actually believe that they need it, with faith based upon a 200-year-old sustained marketing campaign. Those who have woken up, or are in the process of doing so, are herded by tough government rules. The manufacturer cannot even be sued if their children get seriously hurt or die, thanks to a 1986 law—a feat recently emulated by Monsanto. The sins of the industry are borne by taxpayer’s funds and the people whose lives have been devastated by adverse effects.

Pharmaceutical corporations have an extremely committed sales force. Sample these:

What other industry can boast of such champions?

The vaccine industry’s marketing strategy is the envy of all others. They have their own set of rules, religiously followed. Take the case of dengue. There is a vaccine for it in making, and the marketing arm is already flexing its muscles. They’ve already started following the Rules of the Vaccine Game:

The first rule is to make estimates that sound scary and later help in reducing incidence, as it is very easy to reduce figures that are not real in the first place. In case of smallpox, against 131,000 reported cases worldwide, the incidence was estimated to be 15 million, according to the WHO report, “Fifty Years of WHO in the Western Pacific Region”. Recently, for forcing the oral polio vaccine (OPV) on developing nations, 32,419 cases of polio were inflated to 350,000.
Likewise for dengue: The recent estimate, since a vaccine is very near, is 390 million against the earlier estimate of 50-100 million—which was considered high when it was made.
It is also the norm to take the worst incidence rate that may have occurred in a corner of the world and extrapolate that to the entire population. This has recently happened with the incidence of Hib-related disease in India.

In the case of polio, the estimate of 350,000 soon was reported as actual incidence. The term “estimate” simply disappeared. So now we have Bill Gates claiming that he has reduced 350,000 cases of polio to a few hundred. Sometimes he quotes a figure of 400,000 for a better impact.
The dengue estimate already uses the term “global burden”, implying incidence. It is just a small step away from “reported cases”.

The Wellcome Trust study on dengue estimates have effectively made it a global phenomenon with the words, “We hope that the research will initiate a wider discussion about the significant global impact of the disease”. Global impact will result in a global market for the vaccine to come. The Wellcome Trust was floated by American-born pharmaceutical magnate, Sir Henry Wellcome, of Burroughs Wellcome fame. (Wellcome is now part of GlaxoSmithKline.)

In a truly topsy turvy world, philanthropists set out to do the most damage! They take pride in spreading disease and famine. No one in his right senses would ever champion the cause of vaccines and GMOs, but today’s philanthropists delight in such activities. They even profit from it as they stash their money in those very corporations whose product they champion in what is today known as “leveraged philanthropy”.

Teenagers and adults do not respond well to calls for vaccination. Take the case of the HPV vaccine, which is not really taking off. Adult vaccination rates are abysmal, as the CDC repeatedly points out. But parents can easily be manipulated into vaccinating their children. They are also readily accessible via hospital births and well baby visits. The Hep-B vaccination meant for drug users and promiscuous adults was ignored by that group, but the manufacturers now have an assured market, as this adult vaccine has become an essential for infants—though they are not at risk.

Rule 6: Change the definition of the disease once the vaccine is introduced.

A vaccine must be shown to be effective once it’s introduced if it’s to earn confidence and boost sales. Once the OPV was introduced as part of the Global Polio Eradication Initiative, the definition of polio was changed, not once but thrice, in India to bring the figures down.

Guidelines issued clearly suggest that, while diagnosing a disease for which a vaccine is available, doctors seek the vaccination history of the patient.
For tetanus, “Tetanus is unlikely if the patient has a history of immunization”.
For whooping cough, “If tracheal compression elicits a paroxysm of coughing and if, by history, there has been an exposure and no pertussis immunization, the physician has all that is necessary for a tentative clinical diagnosis.”
For smallpox, “In examining a case of suspected smallpox, close observation is of the utmost importance. If the patient shows evidence of a typical vaccination scar of comparatively recent date, variola may be almost absolutely ruled out.”

Rule 8: Give the disease a new name.

Rule 9: Ensure that pathological tests are carried out only in select laboratories.

In the case of polio, the stool samples can be sent for verification only to WHO accredited laboratories. Doctors in India have hinted that this may be a prime cause for the apparent fall in the incidence of viral polio in the country. They have also clearly stated that the “polio free” status of countries declared polio free may be manipulated.

The antibodies produced by vaccines not only don’t necessarily protect against disease, they do not last long either. This provides an opportunity for booster doses. As a marketing ploy, it’s fantastic. Anything can trigger the booster dose syndrome, more so ineffectivenss or even adverse effects!
When it was pointed out in India it that children given the OPV were coming down with paralysis in hordes, the advice offered was to give even more. Today a child in India may receive 50 doses of the vaccine by the age of five years. It is not known what it does to the child beyond increasing the rates of paralysis but it surely does increase the profits of the manufacturer.

When the OPV drama had lingered long enough to frustrate the teams giving the polio vaccine, the WHO played the blame-and-shame game. It devised an acronym PAIN for the nations Pakistan, Afganisthan, India and Nigeria, places where the disease was still rampant, to embarrass the governments. The two superstars engaged to advertise the vaccine in India blamed the parents for not bringing children to the vaccination booths. One particular community was targeted for being apprehensive of the vaccine.

Rule 12: Play on the “virus can return” fears to perpetuate the vaccine.

When the disease is eliminated by the use of statistical manipulation and other methods, as enumerated above, people in wealthier countries are warned that the virus is still rampant in other countries and that it is just a plane ride away. This ensures that the vaccine is never stopped.

If a vaccine causes an adverse effect, which happens frequently, every effort is made to hide the fact. But if a single case of the disease is reported anywhere in the world, a hue and cry is raised and vaccines are rushed to clinics and hospitals to vaccinate all, regardless of the need.

Mothers have been breastfeeding their babies ever since homo sapiens appeared on earth, but if an infant dies after the vaccine, the mother may be blamed for not breastfeeding properly and causing asphyxiation from the child choking on breast milk! The mother may also be blamed for smothering the child while sleeping with it. Worse, parents have been jailed for shaken baby syndrome, though it has been proven that if a child is shaken to death, the neck would be broken, not the reported brain hemorrhage. Other excuses like coincidence or mass hysteria are commonly implied when no other cause can be ascribed.

There is no anti-vaccine lobby. There is, though, a pro-vaccine lobby that is paid billions of dollars to keep the vaccine myth alive and increase sales. But anyone pointing out that vaccines can cause harm is immediately labeled “anti-vaccine”. The word is spread that there is a conspiracy to malign the vaccine, though that label too perfectly fits those who push vaccines in spite of knowing that they can cause deaths, disease, and disabilities.

India is now a success story of the polio eradication initiative, though cases of paralysis in the country have increased from 3047 in 1997 to 61,038 in 2012. It is indeed perverse to celebrate this. Campaigners are also encouraged to maintain blogs where they highlight how they manage to convince reluctant populations to sacrifice their children at the altar of vaccines.

In the vaccine game the only losers are those parents who pay through the nose to harm their children with vaccines, while prodded on mercilessly by the entire machinery that stands to gain from vaccines. From the research scientists to the patent holders to the manufacturers to the lobbyists to the medical bodies, to the doctors and to the politicians—all gain handsomely from this highly lucrative venture.

Rule 18: Restart from the beginning.

The smallpox vaccine eradication game spread smallpox like wildfire and caused deaths worldwild. Paralysed and diseased children are being left behind with the polio eradication campaign. Now a third onslaught may be started, as evident from emerging sound bites. The game never stops. It is another story that the vaccine industry creates a never ending chain of deaths and disabilities, victims that are in turn preyed upon by the vampires of the pharmaceutical industry.

The high growth and lucrative profits of the vaccine industry come at a great cost to society, but they motivate the many stakeholders who put lucre above all else and who thrill at future prospects as many new “promising” vaccines are at various stages of development. Parents will do well to see through the ruse and protect their children. Vaccination, like any other corporate product ruthlessly marketed, is essentially about money, profits and returns for shareholders.