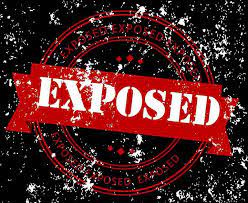 Doctors from Indian Public Health Association, Indian Association of Preventive and Social Medicine, and Indian Association of Epidemiologists, in essence  the entire Indian Covid 19 task force, has blown the whistle. The name Covid 19 has been used to generate profits for the pharmaceutical sector and this has been possible due to support from the medical profession itself.

This is exactly what we have been saying since this game started. Covid 19 was a very carefully and powerfully executed drama and all the stakeholders played their role unmindful of the consequences; the impact on people's lives, health and wealth. We have all been touched by this cruel drama. We have lost our dear ones, our jobs, and have been looted in the name of treatment.

Was it so difficult to see through it all? The entire thing is like watching a Hollywood movie;

- Animal diseases enter humans and then become epidemics in the twinkling of an eye. Impossible according to senior virologists

- There are rehearsals and trailers before the movie is launched

- All medical kits are distributed two years  before the epidemic begins

- Movies depicting the exact scenario are released to program the masses

- The "first wave" is visible only on TV

- The second wave becomes a killer overtaking the first, again an improbability. How did this happen? What tools were used?

- Healthy people become diseased by definition thanks to a fraud test

- The world is informed that variants and waves will occur regularly

- Variants result from merging among themselves or with other viruses, again something that can happen only in Hollywood blockbusters

- All the 112 global medical institutions reply to RTI queries that they do not have the physical sample of the alleged virus!

All the Covid response measures turned out to be gimmicks! Measures that cost us very dearly.

The pity is this film is not going to end soon and sequels are getting ready thanks to World Bank funding and the WHO meeting nations currently to give final shape to the Pandemic Treaty. A blitzkrieg of mammoth falsehood is slated to begin in 2024.

The entire episode reflects on how the medical empire led by filthy rich philanthropists have captured the world. The entire machinery smoothly went along with the game. What kind of state intelligence and scientific expertise do we have that such anti national and anti human campaigns can succeed?

How did this happen?

- The media has been thoroughly captured and made to sing the glory of "scientific medicine" creating the image of infallible expertise among the people. The people blindly believed the immense lies meted out.

We were all the while pointing out the obvious even as the stringent laws threatened us with fines and imprisonment for telling the truth! We were converted into villains that jeopardized life and health of populations!

This aspect of medicine must be given a very serious look. The premier threat to lives and health globally is not only being protected and promoted, it is being armed to the teeth with stringent laws and those trying to expose it are being threatened.

Those who supported this mayhem with their products  have been awarded Padma Bhushans. Those who fought them tooth and nail were demonized and threatened with imprisonment and hundreds of crores of defamation suits.

We are proud of being a democratic and civilized society. Covid has exposed us all and should open our eyes. It should enable us to be grounded. It should prompt us to plug the loopholes and get ready to counter the next assault. The people are fighting for their lives. They need help.

It is now time to take sides. The Mahabharata ought to teach us how.