On Writers and Books 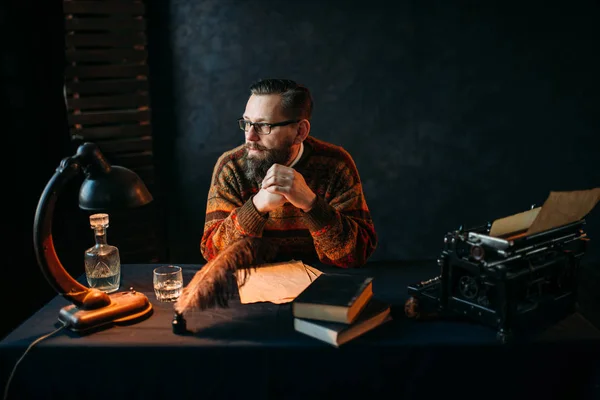 Are writers different from others? Are they a particular genre? Do they have something that others do not?

What sets literature writers apart is their urge to create. This urge may come due to lived experiences, the need to vent feelings, the desire to record history, highlight the plight sorrow or joy of communities, share travel experiences or pilgrimage details, to provide pleasure to the readers, or simply to see ones book in print.

The readers have their own requirements. From "time pass" to learning something new the needs are varied. There are bibliophiles who cannot live without books. There are readers who pick up bits of paper from the road to know what is written on them. The written word has fascinated cave dwellers and city bred intellectuals alike.

Successful authors are those whose works catch on. They then become sought after and their new creations waited. There is no dearth of such writers worldwide. But this is not to degrade those writers who may have written just a few. Books of one or two time writers have become immortal and been benchmarks for others on the subject.

Many like to research before they write non fiction though fiction writers do have the habit. The characters and the backdrop provide a clear insight of the place and period. The volume of such research may remain unknown except to the discerning readers who delve into the background or match their own reading to that shared by the author. Meticulously researched books that present real life tales linger in the memory of readers. Such books can take years to write and be authentic guides to be referred on the subject.

There are travel writers. They maintain daily journals and also read about the history or trivia of the places they visit. They may make the intending travelers job easy by providing details of travel food and stay. Travelogues are very popular as those who cannot derive vicarious pleasure from the reading. Who can forget the Readers Digest Armchair Travelogue!

India being a land of religion and spirituality the books that cater to this category are plenty. Ranging from the Vedas and Upanishads, the works of Ramanuja and Shankaracharya, the Buddhist and Sufi texts, Eastern and Western philosophy to new age religion and spiritual text based self help books there is something for everyone.

Novels and other forms of fiction make up the largest section in writing. They have their own segments ranging from the mushy to those intellectually stimulating. Novels can depict reality much more than history books can as they contain characters that reveal a lot more. India being a land of many languages the Indian language books and their translations are much sought after. The Classics of all languages depict the culture, ethos, and norms of the times and people of every State. No reader can be complete unless they go through them.

Books that deal with abstract thought or allegories may appeal to those searching for meaning in life. Life can take many paths and reason and rationality are not always components. Unpredictability and non decipherable feelings are a part of life. They also exercise the brain and new modes of thinking emerge.

Short stories attract those who seek quick satisfaction. But then masters of this genre have excelled in providing value for the time spent on reading. They are like the short fuses that lead to catastrophic bangs in terms of impact. Who can forget O Henry and other writers whose unique style of writing reflects in each of their stories?

Horror stories captivate the young and old alike. They can be both fiction and based on real life incidents. Sometimes the lines blur as folk lore blends into them. The charm of such books is irresistible and often they are finished in one sitting.

Science fiction has fascinated people. Jules Verne, Aldous Huxley, Isaac Asimov, Arthur C Clarke and the newer writers create images that become reality as time passes. Books can also prepare people for social changes like 'Culture Shock' and the books on Transhumanism are doing. They put down defenses that can come in the way and herd the sheep towards the Brave New World.

Nature and wildlife enthusiasts pen their experiences and concerns. People with pets write about their memories and  idiosyncrasies. Hunters have immortalized themselves by writing about their exploits. These books delight those who dip into them.

Then there are poets who work in the limitless realm. Poets can be realistic but mostly they are dreamers. People who have undergone experiences they need to be quiet about find solace in expressing themselves in verse. Those trapped in love or jilted lovers find equal pleasure in bursting into poems. Currently devoid of set rules first time writers can safely launch their first poetry books and enjoy the status of being an author.

What does a writer have in mind before writing a book? There can be those who visualize the entire write up before they embark. But perhaps those excel who can change direction after they journey on the path. Particularly novelists watch characters take shape before their eyes. Books have the habit of defining themselves. Many authors have the eerie feeling they are but the conduits of some unknown force. The finished product then interests the author himself who becomes the first reader!

Writing can be frustrating when faced with issues like the writers block. Many have experienced the manuscript lying unfinished as torment builds up within. Often the flow of writing may be cut off as events intercede. Picking up threads may be difficult. Balls of paper lying around was the sight in times when the pen and paper ruled. Today the digital world has made writing and editing so easy.

What about unfinished work? There are instances when such manuscripts find a second writer that takes up cudgels and finishes the book. I have read a book whose author met with an accident while the manuscript was still rough and his friends got together to edit and publish.

After the book is ready it is thrown into the ring for readers to pick up. Sales do not always satisfy the writers who want their work to create the desired and precise impact. It is only when the readers are stimulated the way the author wants does the writer feels content within.

What about those books that remain on the shelves? Even they do stir the readers as they notice them waiting on the bookshelves. The covers become familiar and rings bells. All books, all creations come from a need and fulfill a need.

The writer often has no idea of how deeply individuals are moved or how masses are affected. Words create impressions that may not find a mouth capable of expressing them. They live as patterns within individuals and communities. People relate and find solace and guidance that counseling cannot provide.

The writer needs to be careful in the era of exploitation and falsehood. In such times the truth can profoundly disturb society. From Aristotle to Arundhati authors have faced the ire of people. The independent spirit within seeks to break the bonds that shackle and provide succor to those suffering. The books arrive and are immediately demonized by vested interests. For its own sake society has to be willing to rise above the din and listen.

Authors are pleased when their works are translated and reach a wide audience. Books getting into several reprints and editions is also a reward sought after. If the book is made into a film the writer nervously awaits the result as distortions may have killed his intent!

The writer of today faces a fast changing scenario. Readers are vanishing and book shops too. The leisure of reading is no longer available in an age that has to run to keep standing. Students who used to read in their spare time are forced to attend coaching classes. Education is now about livelihoods and both curiosity and creativity are  stymied.

The many forces that seek to enslave society start with young minds that are shaped to usher in the new Orwellian society that is  visible and growing. Opinionated Fact Checkers have replaced critics. Intolerance has killed reason. Big Brother is taking over. In the current age writers going against the flow require an amount of courage that soldiers too may not display in battlefields.

Will the writer survive or become obsolete? Will creativity be replaced by the  fawning over political ideologies? Will the writer remain independent or be willing to be sold? Can the pen resist the pressure of censorship that the digital world has displayed?