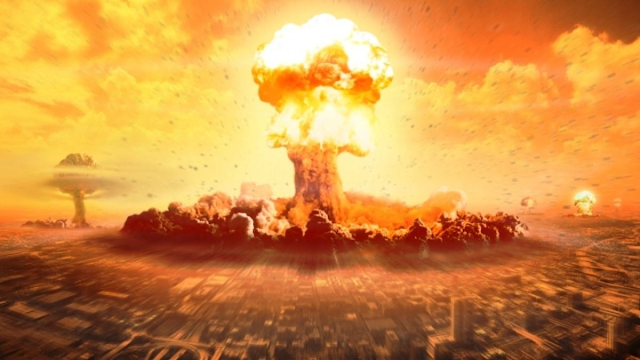 Has the time come?

Many feel a period of extreme turmoil is upon us. I have told you about the prophecy regarding the mass deaths of cows and how it will be followed by mass human deaths. That time may have arrived. Though the official figure is 67,000 deaths from lumpy skin disease, many more have died and the deaths will only increase.

Starting 10th September 2022 a tumultuous period is indicated that will continue up to April 2023. What I have gleaned it has implications for the State of Odisha, India, as well as the world.

Ordinarily tough times come when two planets are in retrograde. In this period there are several planets in retrograde motion. Such happenings indicate ferocious wars that will be terrible to behold, strike terror as well as take lives. The war will involve places where there are border disputes. Will the predicted Indo-China-Pak war take place? What about the China Taiwan confrontation and escalation on the Russia Ukraine front? A lunar eclipse in November does not bore well and indicates a serious natural calamity that may befell Odisha.

Parallelly there will be a huge economic fall out, create food and commodity shortages, and may decimate the stock market.

After December 2019 the planetary configurations have been ominous but have not translated into the type of action they should have in ordinary times. There is the prediction that in the end times astrological calculations will fail. That certainly is happening. But astrologers I follow are apprehensive about the period September 2022 to April 2023. And so are the people who are following the Malika of Achyutananda.

Achyutananda had asked everyone to look at the Jagannath Temple for signs. Well the Temple has done its bit.

- On two occasions kites have ominously circulated its top

- The sky above it was painted red

- The flag atop it caught fire

- The kitchen at both Jagannath Temple and the Gundicha Temple were vandalized. This is unprecedented and a sure indication of huge food shortages and famine

- The Temple was flooded creating the illusion of an ocean within it. This is indicative of the ocean moving in

- The Aruna Stambha, the iron pillar in front of it has developed serious cracks. The prophecy is it will disappear and indicate the presence of Kalki. The Aruna Stambha represents the Sun and this event is considered ominous. The pillar ought not to develop cracks and the crack has puzzled all

- The end time prediction that the people of Odisha will be found lacking in their fervor towards the Lord has also come true. The Temple has lost its ambience and become a tourist spot

The list of signs is nearly complete. Only a skirmish within its premises spilling blood is awaiting to happen. The events surrounding it indicate some kind of nefarious design but destruction will arrive before it can culminate.

The coming time will be particularly painful for devotees. They have to prove their worth through it.

Knowledge can be painful. The knowledge that there may be a great destruction ahead is very heavy to bear.

2022 has always been slated to be eventful. So far it has been relatively quiet. What is going to happen in the remaining four months? 2023 will bring its own share of problems.

How your thoughts react after acquiring knowledge of Vedanta

The new religion is coming. Destruction too.