Who am I? An inquiry that dissolves the ego 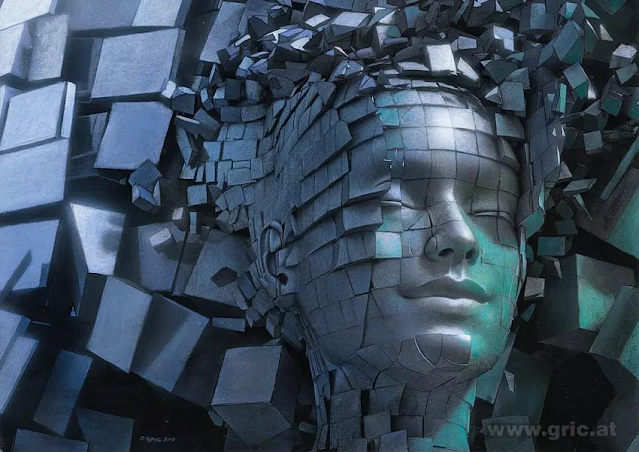 This is the mantra of Ramana Maharshi. It is not a mantra but a process of inquiry. It is a question you put to yourself. Who am I?

This is a question many of us would rather put off for another day. That another day comes with something horrendous in its wake and then bewildered we ask, Who am I? And then we forget till the next crisis strikes.

What is the answer to the question? There is no answer. There is a result. The thief who has been looting and deceiving you ever since you are born simply disappears when you put this question to yourself and the question touches the core of your being.

The ego is a non entity but we take it to be real. It is the source of all our misery, pain, fear, discomfort, anxiety and insecurity. There is only one that exists. That one has nothing to worry about as it is beyond everything and eternal. But for reasons not comprehensible to us it enters into an apparition where it appears divided and fragmented and with a strong sense of being a separate entity.

Should the question 'Who am I' be repeated like a mantra? No. It should be a serious mindful inquiry.

But then doubts arise. People start questioning 'Who is this guy?'. At this point the imposter starts feeling insecure. When a critical mass repeats the question he decides it is time to leave and vanishes. Nobody gets an answer to the question 'Who is this guy?' but the objective is achieved. The imposter has gone. Now everyone can enjoy peacefully without any worry.

We are not separate identities. We are everything that is. By thinking and assuming we are small beings interacting with other beings we create our world of desires, attractions, repulsion, rejection and invite suffering.

To get over this those who yearn for enlightenment cultivate another viewpoint. They adopt the attitude that the ego and the resultant world are false and only the nothingness or emptiness from which this illusion appears exists. I am nothing, this world is nothing, only Brahman exists, I am that Brahman. My mind is projecting this world and my thoughts are causing me to act.

The nothingness is full and contains the potential for everything. It is what is driving everything and the doer of all actions. Trapped by the ego we assume doer ship and fall into the trap of never ending karma. We are nothing but a bunch of karma that forces us to stay within the illusion and eat the bitter and sweet fruits that it has to offer. We cannot escape the snares of karma unless we give up the sense of doer ship and realize that there is a force behind all of this that is the real action master.

As Sri Ramakrishna said, "There is a small I and there is a big I." He said the trick is to identify with the big I and abandon the small I.

If we want to escape the burden of this world we must shift the burden to the one who is really bearing it. We are travelling in a train with our baggage. The baggage is travelling along with the train. Should we carry all that baggage on our heads or let it be where we keep it?

What keeps us from realizing all of this? We imagine this world to be real and are constantly engaged with it. We do not have the time or inclination for self inquiry.

We need to ask ourselves the question, "Who am I?".