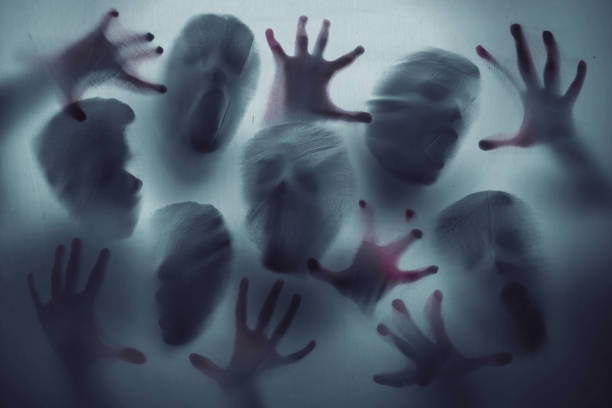 This post is not to mock but to understand. Human beings have survived through the ages because of their powers of observation and analysis. When mass happenings of acute diseases occurred they ascribed the happening to spirits. Here we must not assume that they meant ghosts. What they indicated was that the cause was unseen.

When the bacteria causes disease theory failed to explain the cause of many diseases, the attempt was made to find out even smaller pathogens that could then be blamed. The hunt was on for spirits.

In the virus causes disease theory, the viruses are the elusive spirits. The electron microscope enabled the detection of very minute particles but the attempt to prove that they cause diseases remains unfulfilled. There are so many assumptions  involved that the exercise is illogical and futile.

In case of Covid;

- There is no clear explanation if any virus has been isolated. All are in essence talking of computer models

- There is no proof that any virus causes Covid. That part is forgotten and even acknowledged because the virus has been replaced with a disease name

So spirits are responsible for Covid.

We can no longer believe the virus causation theory. It is a game played to absolve big chemical corporations from the accusations of poisoning the planet. The game began when a polio virus was conjured to protect Monsanto from being sued to extinction because of the extreme poisoning impacts of DDT.

Dr Thomas Cowan has provided all the information we need to explain the contagious nature of disease. Such contagious disease has happened;

- after mass changes in the way we produced our food or changed our diet, and famines starved people and made them consume whatever they could get

- stress brought on by wars and natural calamities

- after mass poisoning by way of toxic shots, mass use of the various products offered by the chemical and pesticide industry

- after mass adoption of debauchery

We must never forget that acute diseases are an effort of the body to throw out waste matter and accumulated toxicity.

We see mass events in nature. In the fall, all trees shed their leaves to grow fresh ones. That nature follows a seasonal routine is known to all. Subtle temperature changes bring about these events.

Man is a part of nature and the seasonal impact is also observed in acute disease patterns.

The cause of epidemics need not always be visible to the eyes. They need to be observed and inferred.

The unseen cause was what our ancestors meant by spirits.