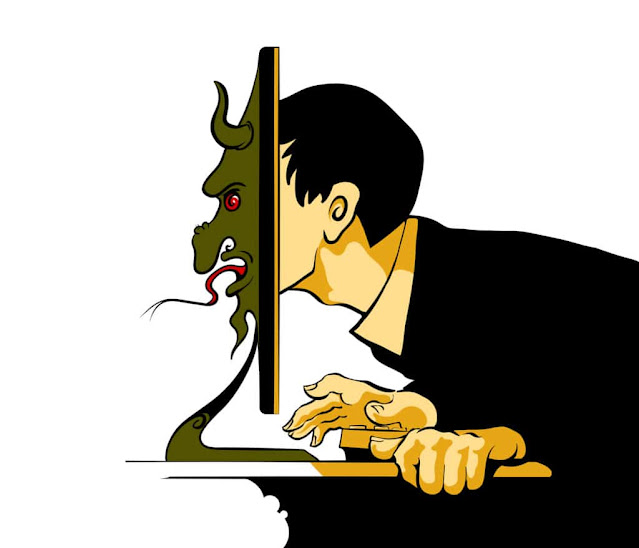 Trolls are persons who threaten and abuse others with an objective in mind. All activists are aware of people who seek to disrupt perfectly valid campaigns. The trolls are usually desperate individuals as they realize that disclosing the truth would affect their interests.

The anti tobacco campaigners suffered a lot of trolling. They noticed that they were pitted against huge money power. The tobacco industry had purchased the entire medical set up. Hospitals offered cigarettes to patients. Doctors advertised the benefits of smoking. Scientists cooked up studies. The Human Genome Project was partly funded by the tobacco industry as they sought to establish that genes and not cigarettes were the reason behind lung cancer.

Pharma trolls are people trained and incentivized by the pharma industry. Currently the WHO and the UNICEF have come out with guidelines and training courses and programs; mostly online and eager students are being taught and trained how to torpedo movements that seek health and wellness or expose the shenanigans of the pharma mafia.

They are trained to attack 'misinformation'. Misinformation is not wrong information. It is information that goes against the proclamations of industry backed agencies like the WHO and CDC.

The US CDC had arranged a workshop and the presentations had leaked. They detailed how diseases were to be inflated and fear inculcated in the minds of people to promote products and ensure high uptake. This strategy of Big Pharma is as old as the hills and medical archives reveal how doctors at one time exposed and resented this approach.

The trolling strategy is to;

- Scare the campaigners with vitriolic attacks

- Pose to be experts and pretend to prove the campaign wrong

- Create doubts in the audience

- Use findings of concocted studies

- The prime trolls, who are pharma educated experts, write books and articles discrediting the movement

- There are worse strategies. Doctors about to reveal important findings have been found dead

In the social media the trained trolls;

- They often contain posts suggestive that they too belong to the campaign. The objective of these trolls is to create divisions in the movement

- They take the help of manufactured studies to prove their point

Pharma trolling is a full time job and the members are paid handsome scholarships. In India journalists become a part of the system through various workshops and training programs in 5 star hotels. They too are helped with scholarships. In social media they are supplied feeds they have to post. Recently we witnessed how politicians played to the tune to set up the largest pharma coup.

Trolling will become more intense and organized in the coming months as pharma is now in an earning spree. No stone will be left unturned in order to achieve total control.