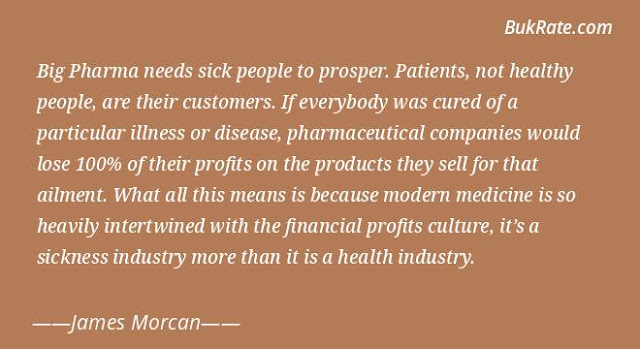 That the current crisis is a fraud is emerging from the mouths of people like Prashant Bhushan. In a very well written article he has explained why people should not believe in medical institutions and their spokespersons anymore. He writes that he is shocked that doctors have followed the path shown by the evil doers despite being able to sense what is happening.

Medicine should never be a livelihood option. The moment it becomes so it is corrupted. The world can be healthy only when there are no doctors. Doctors mean interference. Interference leads to disease. Another aspect is people become reckless when they feel that health is not their responsibility and one can lead any type of life and just visit a doctor when illness strikes.

Gandhiji has written about this. He gives the example of a person indulging in a wrong diet. He falls sick. Ordinarily the pain he experiences corrects him. But if he visits a doctor and is able to suppress his pain the lessons are not learnt. He paves the way for more serious disease.

In India historically we notice that full time practitioners were only nurtured by kings. They led profligate lives and feared disease. They also needed vaidyas for the injuries suffered by armies and by hunting parties. There was also need for framing health policies of the country and protecting the medicinal heritage.

The people were educated about bodily constitutions, diet, medicinal herbs, health inducing behaviour, and seasonal diseases. Every household knew what to do when acute ailments happened. Consequently the need for specialized treatment was low. One vaidya used to be sufficient for the region. That vaidya too was probably not full time but had other vocations to meet his financial needs.

That the body is the best doctor was known.

Today we stare at a hopeless situation. The medical profession is busy earning. The people are impoverished paying them and in return are being pushed into even more critical states. The people who have an idea about health are scared of doctors and their treatment.

In an unimaginable scenario this brand of "health care" is often the only option and worse, is being mandated at gun point. Who would have thought such days would arrive in India where health was the norm and people indulged in constructive activities unhindered by the thought of disease?

It is our duty to speak out. Only the roar of the public can stop this marauding Jaggernaut.