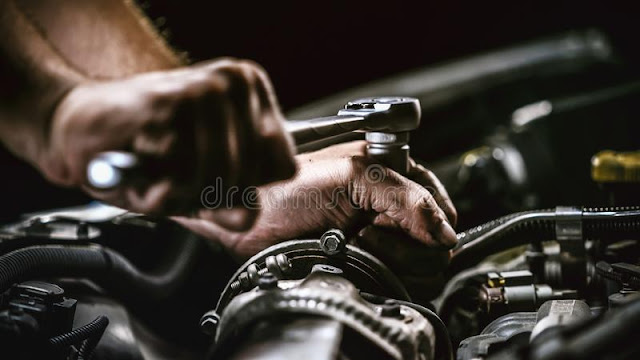 The mechanics of Xanadu were very sad because very few people approached them for repairing their vehicles. Many mechanics had to close down their shops and the rest managed with a very meager income.

The oil and petrochemical industry was seeking to expand its business and so were the spare parts manufacturers. Both came together and devised a plan to achieve their ambitions.

They called the mechanics and told them, look we can work together and better our prospects. How, asked the mechanics because for them there was no light at the end of the tunnel.

Do you know why there is no business?

People are not coming to us.

No that is not the reason, think again.

Maybe our skills are not good.

No, these don't matter. People are not coming to you because they are faithfully following the user manual of the manufacturers.

Glad to know you understand.

But how do we convince people not to follow the users manual?

Tell them you can do better.

How do we do that?

We will provide you with our products. You just tell the vehicle owners their vehicles will perform better if they use them. Better speed. Better longevity. Less breakdowns.

What if they don't listen and continue to follow the users manual?

We will bring out a research paper condemning the user manual and declare it illegal.

Wow! Can you really do that?

But will not people wake up when they realize that their vehicles are breaking down more often and are being scrapped in less time than normal?

Keep them focussed on the speed. We will capture the media and tell them why speed is the most important thing.

The mechanics were enthused and supported the industry. The people started using the products and needed the services of mechanics more often. More people started entering the profession of vehicle repairs and the number of garages increased. The industry gained by increasing its turnover.

They did not mind sacrificing their vehicles.

They did not mind spending a fortune on repairs.

They became fixated on science.