We need mavericks to expose the medical lies. 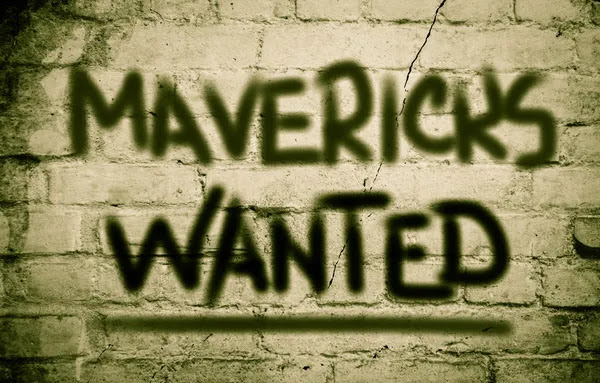 We need mavericks to expose the lies.

Since November 2019 when we learnt that a new disease has struck China we have been served "expert lies" on a daily basis.

- A virus is causing havoc

- It is mutating into dangerous variants

- It is a matter of time before the right variant appears

- The vaccine is the only hope

- This situation will continue for up to 17 years

- More such viruses are waiting in the wings

- The pharmaceutical industry is working day and night to protect us

The tsunami of lies that have swamped the world became possible because free thought has been systematically suppressed, a well spun narrative woven into the medical and scientific fabric, questioning this narrative has been forbidden, the falsehood has been made the centre of a huge business empire, the doctors and scientists have become salaried employees of the structure, and the media and governments have become economically involved stakeholders.

Yet another important falsification factor is pretence. The false structure is being presented as a demi god; one who exists for serving the world and saving it from great harm. This has prevented serious questioning. You don't question your saviour.

The general logic put forward is that medical science is a search for the truth; that search involves unavoidable errors in the path and unsavory outcomes must therefore be condoned. The holy grail of absolute disease free life and immortality is around the corner and we need to bear with the adverse outcomes to reach that end.

The truth is; the present falsehood has been recognized as such the moment it set foot on earth. Medical wisdom based on years of observation and experience was overturned and charlatans were encouraged to come out with baseless theories so that mankind would be sickened and the resultant disease load opened the door for the worlds largest and most profitable marketing behemoth.

Challenging this falsehood is essential if mankind is to survive. That challenge cannot come from within the system. The spine of the profession has been broken with lollipops thrown at them, and opposition has been dwelt with mercilessly.

Challenge is also difficult outside the system. The falsehood and its narratives have been made a part of general education. Competition has been wiped out. Holistic systems that could have stood like a wall before this behemoth have been corrupted under the pretence of making them scientific. The laws of the land have been used to protect the interests of the criminals. As a result the general public has become impotent. The consequences of going against this system is grave.

There is still a form of debate in society. That space is also curtailed because of basically two reasons;

- The socio political system depends upon funding; the funders being the same entities that are behind the marketing enterprise. They ensure that crucial issues do not reach the debating table

- The medical behemoth is a very large enterprise and is the largest employer. Nearly every family has a member that benefits from the system and is the bread earner. Therefore people feel threatened at the prospect of losing income while going against the narrative

We are faced with a very piquant situation. We are being sickened and slaughtered without a whimper; without any serious form of protest.

However this system is misutilizing its powers to such an extent that its own proponents feel threatened today. The harm has become so obvious that people are involuntarily speaking out against it.

The Achilles heel is the decision to force vaccinate doctors and healthcare workers. This section is feeling the adverse effects and also noticing them in their family members and relatives; the people they themselves browbeat to be vaccinated. They are also overwhelmed by the number of people approaching them for problems that have appeared post vaccination and thus they are becoming aware of the impacts. This section is also terrified as the "precaution dose" is being imposed upon them. They are unwilling to be sacrificial lambs this time round.

What is required is the courage to speak out. Mavericks are needed who can start the debate which can then become a flood. People will start speaking out when they realize that they are not alone.

It is not speaking out that involves horrific consequences. The world can no longer tolerate the burden of "C response" and "C appropriate behaviour". It is another thing that these measures have been proven not only to be thoroughly unscientific but also intensely damaging. The consequences will travel long as is evident from research on similar fiascos earlier.

Are you willing to join the ranks of the mavericks?