It is time to speak out against medical tyranny 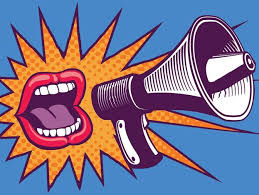 The high cost of drugs is pushing people into poverty. The government is trying to promote the use of generic drugs but there are few takers. People seem to believe that high cost equals quality. This concept is wrong.

Drugs are easily and plentily available chemicals. There is absolutely no reason they should cost so much. The owner of an organization that supplies such chemicals says the drugs should cost at best 10 to 15 paisa per tablet. Even at that rate there will be profits.

Medicine has become a ponzi scheme. I have attended big medical conferences. I have found them better than Amway gala sales conferences.

Even these conferences are arranged for profit. There are deals with hotels, travel companies, food and wine suppliers, tour operators, event managers, and tent houses. There are in fights among organizing committee members as to who should get how much.

The speakers in these conferences are marketing agents of the drug companies who sponsor them. Often I have questioned them and they have not been able to answer my queries on the drugs and vaccines they introduce. And then invariably I am asked to shut up.

In these conferences big deals are made between the companies and the doctors present. The doctors go in for targets and the full commission that they ought to earn after meeting the targets are paid in advance. You can imagine the consequences.

A very highly qualified doctor who is on the Executive Committee of the IAP and author of its books on vaccination had revealed vaccines are sold because the pediatricians earn insanely from them. His name is Dr Vipin Vashist. He was physically attacked by the members of IAP and he had to lodge a FIR and seek police protection. Nothing happened and he had to instead apologize to remain in the Committee.

I have attended conferences where doctors have described during lunch time the techniques they employ to meet those targets. There are very eager audiences for such pep talk.

What we have is NOT a system of medicine. It is entirely a sales and marketing job. There was a prescription audit carried out by Dr Narendra Gupta in the government hospitals of Rajasthan. It was found that average 4 medicines were being prescribed when the need was just for one. Imagine the situation in private hospitals and clinics.

If you are foolish enough to go to corporate hospitals then the situation is much more grave. Dr Abhay Shukla has interviewed 80 doctors who work in such hospitals. He has written a book on the subject. Doctors have described how daily targets are set for prescriptions, tests, hospitalization, and operations.

Dummy operations are performed. The patients are anaesthetized and just a tear is made on the skin. Then the patient is charged for the operation and has to consume all the drugs that follow real operations. Can you imagine this level of corruption?

People assume that medicine is based on science. Renowned researchers like Prof John Iaonnidis have stated in their research papers that they often find difficult to believe in 1% of what is stated.

Medicine is based on 250 to 300 year old theories that have been proven thoroughly wrong. The present research shows that the system is doing the exact opposite of what ought to be done!

What is going on is criminal. People are being treated like cattle for the slaughter and they are being overcharged for that slaughter.

I appeal to everyone. Kindly raise your voice against these atrocities. If we cannot protect our health and lives what are we living for?