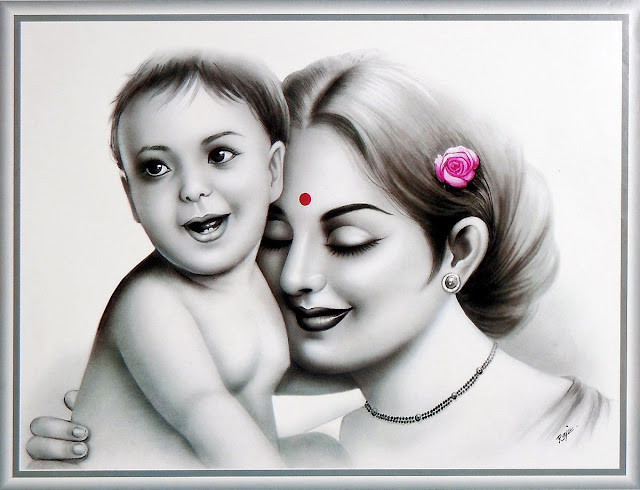 A mother had asked me these questions after reading one of my posts on vaccine ingredients. Though this is based on a real conversation, I have modified and added slightly for better understanding.

Mother : So they are poisoning our children?

Me: Precisely. They are not only poisoning the children, they are also not allowing the body to detoxify by using its own detoxification mechanism.

Mother: How is that?

Me: After the body is poisoned, it takes recourse to fever, inflammation, cold, cough, diarrhea, vomiting, and skin eruptions to throw the poison out. These are being suppressed on the excuse they are separate infectious diseases and have no connection with the poisoning. They link it to viruses and bacteria without knowing and revealing these bacteria and viruses actually aid the process of detoxification. They are fire fighters being blamed for the fire. By killing off the fire fighters we ensure that the fire rages on. Our actions result in the serious chronic diseases that have engulfed our society today.

In Covid times severe adverse effects are being observed after the vaccines are being administered. People reporting them are being told that these are welcome symptoms and proof that the vaccines are working. They are also being told the symptoms are temporary and will recede. Both are blatant lies. The adverse effects are reflective of the extremely toxic ingredients of these vaccines and the new technologies being used. It is also known that there is nothing called minor vaccine reactions. There is a saying in medical circles that vaccine reactions never stop. The autoimmune, inflammatory, and immunotoxic impacts of vaccines are inevitable and progressive. They cause serious chronic degenerative illnesses years after they are given. Usually the impacts are noticed 4 to 5 years after they are given and the unfortunate person remains vulnerable for life. All the chronic diseases that have engulfed society are autoimmune, inflammatory and immunotoxic in nature. These conditions also observed to progress to the subsequent generations who are now prey to these conditions in very large numbers. Vaccines have done incalculable harm to society.

Mother: This is absolutely shocking!

Me: Yes. These are natural detoxification systems. The body detoxifies on a regular basis through stools, urine, and sweat. Even during the natural functioning of the body toxins tend to build up due to bodily processes, wrong food and lifestyle, the depletion of vitality and the resultant sluggishness of the lymphatic system that is the body's drain. The body then detoxifies in this manner. This causes discomfort. Therefore to escape the discomfort our ancestors did naturopathic detoxification, and Panchakarma and also fasted at least once a month. They avoided food that went against their system and were careful during different seasons according to their body constitution. If they fell sick they took simple liquid food and rested at home.

Mother: What about the childhood illnesses?

Me: Childhood illnesses are usually simple digestive problems as the child adjusts to new food and environment. It is a normal process. Mother can lessen that by taking care of her diet and breastfeeding.

Mother: What about the other diseases?

Me: Measles, chicken pox and other eruptive diseases denote there is some toxicity inherited from parents. Body tries to throw the toxin out in the period when it is safest to do so, while the immune system is passive and developing. These diseases require simple rest and change of diet. They are a normal part of growing up. Children become healthy and are relieved from the burden of chronic diseases later in life. This has been borne out by several studies. Interfering with them and suppressing them results in grave harm as the body is not allowed to develop naturally. So we have development disorders that are rampant in children. When they grow up and become adults they are half baked humans.

Mother: What about diseases like diphtheria, whooping cough, tetanus? They are certainly dangerous?

Me: Yes they are. These diseases were extremely rare earlier and reserved for certain categories. For example diphtheria occurred due to family inheritance of syphilis. Whooping cough is also a response to toxicity, studied to have a beneficial outcome. But these diseases in children shot up after the introduction of the small pox vaccine. They became unmanageable. The small pox vaccine spread bovine syphilis and therefore diphtheria spread like wildfire. Tetanus occurred due to the crude method of operation by which the vaccine was administered. Instead of stopping the small pox vaccine to stop the spread of these illnesses it was deemed more profitable to introduce vaccines for them. Tuberculosis was a small pox vaccine adverse effect; plague and cholera that appeared after the vaccine campaign started are also suspected to be the same. Yet we had vaccines for them fully knowing that they were impacts of the small pox vaccine. Indian doctors had revealed all of this to the top politicians of the day. Therefore Mahatma Gandhi, Sri Rajagopalachari and others had spoken out against the vaccines. Questions were also raised in Parliament.

Mother: Good God! This is a racket.

Me: Yes it is a racket. Medicine is a trick to make us believe that extreme poisons are safe to be injected and that the consequent diseases are different from the poisoning, and are normal diseases that should require constant medication for life. In effect adding more poisons to an already poisoned system.

Mother: But they say children will die without vaccines?

Me: Currently we are in a global lockdown of two years. Children have not been vaccinated. No deaths due to lack of vaccines have been reported anywhere in the world. No epidemics of childhood illnesses have occurred. This has surprised everyone. A few deaths have instead happened when the vaccines were resumed.

Mother: After the lifting of lockdown they will start vaccinating again!

Me: Yes. Catch up drives have been planned and all the missed shots will be given in bunches. A child can receive up to six vaccines in a single visit. You will see children dying again in large numbers but what you will not see is any pediatrician complaining. They will simply point to pre lockdown infant mortality rates and say it is normal for children to die.

Me: For us. Not for them. They see the harm. They see children dying. They see children becoming sick with illnesses that were seen only in elderly and new diseases that ought not to happen; diseases that are given fancy names. This is unprecedented. But for them this has to be normal as they need to achieve targets. There is no incentive in investigating why this is happening. If a few do ask questions there are those who throw concocted studies at them and silence them. If they proceed further they are threatened, abused and assaulted. The vast majority have never tried to find out what they are injecting and what are the consequences. At a subconscious level they know they cannot continue if they try to find out. This results in what is known as cognitive dissonance - they ignore the elephant in the room. There are no studies that show how the combined vaccines are affecting children; the processes involved. A child currently receives 36 injections by the age of two. The consequences become new diseases that have to be treated. They have invested heavily in their education. They need to get returns. They need to repay their educational loans. They know they will not be blamed for the consequences and will be protected. They are willing slaves to the system.

Mother: But surely some of them are speaking out?

Me: Yes they are. It is from the whistleblowing doctors and scientists that we get all the information. They are very brave souls. But they have to pay the price. In India a very eminent doctor, Dr Vipin M Vashistha, Executive Committee Member of the Indian Academy of Pediatrics (IAP), and author of its books on vaccines, had opened up on the corrupt practices surrounding vaccination in India. He had revealed to the media that vaccines which have not been formally approved in the country are being recklessly administered. He had also revealed that pediatricians earn in crores from vaccination and this is what drives the vaccine campaigns and the insistence on vaccines. He also pointed out irregularities in the system that ought to oversee the process. This infuriated the pediatricians and he was ruthlessly physically assaulted by them in a conference. He sought police protection and also filed an FIR. But nothing came out of it. Circumstances were made such that it was he who had to apologize! Today he cautiously continues to point out the shortcomings. Another friend of mine who is very high up in the structure confided to me that for various reasons he is trapped in the system and there is no way he can escape. There are many others who help me with research and studies without revealing themselves. They have observed vaccination harm from close quarters and want the system to be thoroughly revamped. The greatest of them, the big shots, have clearly told me in no uncertain terms that vaccines are without any scientific basis, studies are manufactured to push the practice. Vaccines are therefore great for those who profit from them but devastating for those who get them.