Can Dharma be established by breaking all the rules? 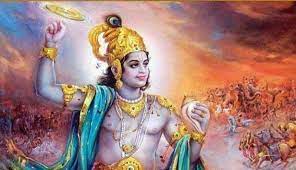 My posts are evoking strong responses. A friend called up to ask;

"Why does it have to be this way?"

Can Dharma be established by breaking all the rules?

It has happened earlier. It will happen again. The one who makes the rules can also break them.

Look at Rama when he vanquished Vali. Look at Krishna in the Mahabharata war.

This time it will be worse because evil pretends to be good and work for the welfare of the people. It promises eternal life on earth with all material comforts that nature would not provide otherwise. Everything begins with the words, "For the greater good."

This pretense will be tackled brutally.

We are energy beings. We are small dynamos connected to a big transformer. There appears an alternative power source that pretends to be more powerful. It seeks to cut off the currents from the earlier transformer and establish its own.

That is exactly what is happening. Our alignment with the spirit is disturbed. The connections are not working as earlier. Now with disturbance of nature's working, genetic modification of all life, setting up an artificial sun, playing with weather patterns, and the use of artificial intelligence there is an attempt to absolutely severe the connection. All for our good of course.

This sequence of events has happened earlier and always invited the wrath of nature. At such times all rules have been broken to take down the false structures.

There is a way out of every situation. In the Puranas we see narratives of how the egoistic have managed to negotiate conditions and extracted boons from the divine whereby their life and powers seem impossible to stop. Look at Hiranyakashipu who set up conditions of his death whereby it seemed impossible to vanquish him. But the vicious form of Narasimha appeared breaking all the conditions to tear him apart.

When evil assumes unlimited powers, it is that very evil that is used to take it down.

Dharma may therefore be established by adopting adharmic principles.

The characters in the Mahabharata mirror the situation of today. The Kauravas and their allies adopted dharmic principles that suited them to build their empire of adharma. They expected Sri Krishna to act in a dharmic way and therefore limit his actions. He did nothing of that sort. When the time came he broke all the rules to defeat them. It was comical to see the great villains complain that Krishna was straying from the dharmic path!

Evil reaches a peak and then collapses in its own weight. We are witnessing this right now. I have talked about how the period of Kali Yuga is determined by the quantum of injustice that is perpetrated, by the crimes that are committed, by the rules that are broken. The more the evil the shorter its duration. When things cannot get any worse the dice rolls the other way.

There was a character in the Mahabharata who had a licence to abuse Sri Krishna a particular number of times. Sri Krishna egged him on to cross that number and then severed his head.

So don't be disheartened by what is happening around you. Everything has a reason. Let the enemy think it can bind the power of the Spirit by invoking Dharma and quoting the scriptures to malign it. The Spirit will go its own way unmindful of the slur. That is the beauty of Dharma.