A Doctor's Near Death Experience 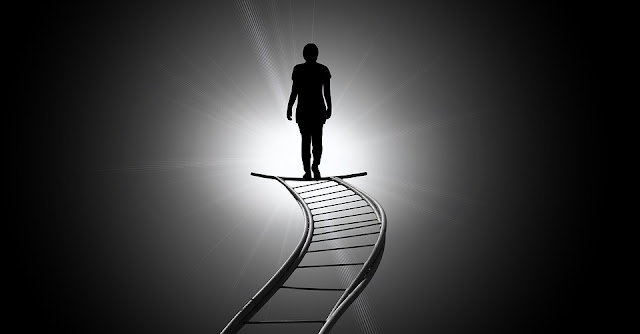 In a trip to rural Odisha I came across a highly qualified retired urban doctor (O&G) who uses his time wisely to serve the rural poor. I observed that he was listening intently and nodding to a religious song emanating from a local school that was observing the Saraswati Puja. I asked him if he was religious. He asked me if I was. I said, yes. He then asked me more and was very attentive to whatever I said. We soon became friends. After we had our lunch at a local's house, he invited me to sit on the veranda of the house. His wife too sat beside us.

"I was a staunch atheist," he began. "I believed in science and nature but never believed in God. I felt neither the need nor the inclination. My wife is a devotee and all our married life she very patiently bore my taunts. Then in the year 2008 I fell sick. My health deteriorated very fast and the doctors soon gave up on me. My wife was constantly praying by my side. One day she entreated me to believe in her deity. I steadfastly refused. Soon I could sense the footsteps of approaching death. I was still not afraid. Then one morning I knew that it would be my final day on earth. The events of my entire life began unfolding before my eyes. I saw my wife sobbing and praying and I suddenly felt extreme remorse at my behavior towards her. I started repenting my ways. When the hour came I felt I was mercilessly being tugged out of my body. I was filled with fear and trembling not knowing what was on the other side. I was trying to scream but no words emerged from my mouth. I was still very alert. In utter desperation I cried out the name of the deity my wife prayed to; a hoarse whisper. Suddenly the tugging seemed to slag and I had the divine vision of my wife's living deity (who is also now my Ishta) clutching on to me. Not only the vision I felt the clutch as I would feel a human hug. The tugging stopped completely. I felt myself back into my body and fainted. I rapidly recovered after that surprising the professionals who were looking after me."

"I rarely share this with anyone. I belong to a scientific profession and I fear the ridicule. Somehow I felt comfortable enough to share with you."

He refused to be photographed.