The Cycle of Civilization 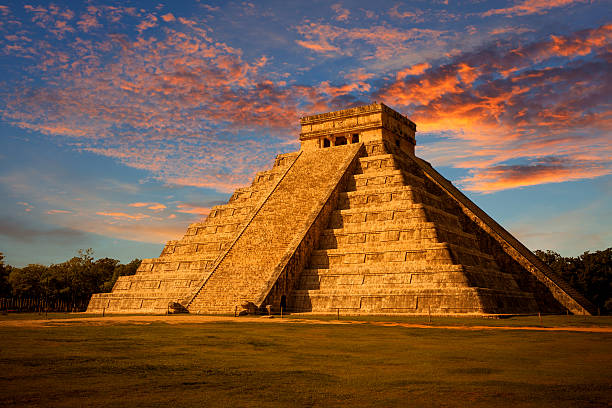 I feel that the timeline of civilizations on earth follows a cyclic pattern. There is an initial period of introspection when the inhabitants of the earth delve deep into themselves, understand their relationship with the external world, and through a path of spirituality are able to connect with the higher self. In such times altruism rules and attracts the majority who move towards a higher vocation - a higher call. This calling demands an amount of restraint, renunciation and sacrifice not all can resort to. The results are also uncertain. At this time nature provides the needs of people.

Then comes a period when power struggles begin as the ego becomes stronger. The renunciation is replaced by a desire for possession. There are still people who renounce and try to guide populations. People take up vocations and the gaze shifts outward with family needs and responsibilities taking center stage. Barriers come up as people of one region separate themselves from others. Ambition and greed take over and turf wars begin. This is a time of external conquests.

When borders are finally settled and the powerful align themselves nature becomes the foe and the assault on nature begins. The powerful try out their agendas and influence natural life patterns. Nature which earlier provided with love is now raped for benefits. As populations increase and people are taught to compete with one another the finer qualities drop off and man is convinced that his basic nature is that of an animal. The naked dance of greed and exploitation makes everyone forget the relationship between man and nature. Nature as a living entity refuses to tow along and retaliates both through natural calamities and by confusing the minds of people. Catastrophes take place and another cycle begins.