Medicines Demise & The Rise of Convid 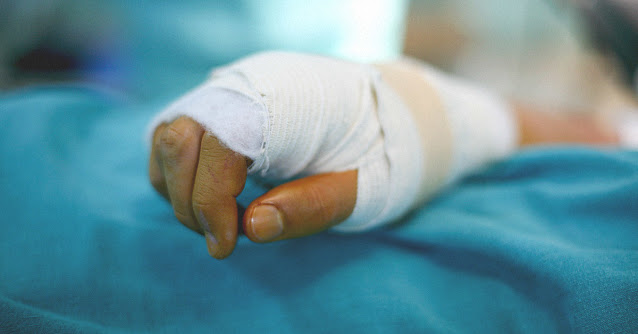 How could Convid emerge?

How can a deadly product be given recklessly despite knowing that all the claims are false? How can all our medical institutions be compromised? How can the vast majority of doctors remain silent and even participate in marketing the product?

Medicine used to be a noble profession. The practitioners used to genuinely care for their patients. Medications were often a last resort and only one or two generic medicines were prescribed if required. Doctors used to devote time and listen to the narratives of patients to determine what really was the cause of illness.

This was mostly possible as medical education was provided in Government medical colleges and it was heavily subsidized. In case of meritorious students the fees were waived and they received stipends in addition. The teachers were conscious of the pros and cons of medicine and advised students on how to distinguish between commerce and science.

Dr William Osler, the father of modern medicine, advised doctors to disregard the education they received in medical schools and depend on their own observation and experience.

Students studied medicine to be well versed on matters of health and address the needs of the people.

The problems began with the corporate takeover of medicine and the proliferation of private medical colleges. These colleges have deep ties with the industry and the entire medical education system has been deeply corrupted.

Medicine became a lucrative career with its opportunity to earn. The welfare of patients was forgotten. The students became interested in passing out rather that be educated on the finer aspects of medicine.

The industry also conducts classes for the doctors where they are advised to prescribe products. Many doctors are therefore educated by this section disregarding the fact that they are interested only in marketing and business. The general system is they are given targets and the commission is paid in advance. The doctor thus has no way out but to comply.

Today in India you need a minimum of Rs 1 crore to get an MD degree in any medical college of repute. The students take loans that they start repaying once they complete their education and are into practice.

You cannot expect them to work towards the welfare of their patients. They have loans to repay. They also buy houses, vehicles, and assets on loan and have EMIs to pay. Thus the focus remains extensively on income.

This section is easy prey for the industry and also for corporate hospitals. They are exploited to the hilt. They are under pressure to achieve targets. In corporate hospitals MBA graduates rule over the doctors and decide their targets. Every month they have to prescribe certain quantities of medicines, recommend tests, and ensure hospitalization of patients that visit. In case you visit corporate hospitals know that not your disease but your bank balance is being treated.

Consequently doctors have lost all power over what kind of treatment they prescribe. Even if they want they are unable to help their patients. Some try to stay honest but peer pressure and also strictures from medical associations force them to fall in line.

Some senior doctors are constantly engaged in ensuring that the profession stays on the wrong path and the industry profits to its heart's content. They nip in the bud all efforts at reform. The medical associations act on behalf of the industry.

With the advent of liberalization the international goons have direct control over the entire medical system in India. The PHFI was set up to ensure this. Currently a corporate philanthropist is the de facto Health Minister of India. Everyday he holds direct video conferences with key ministers and ensures that his wish is law.

The draconian rules are enforced as conditions to the huge loans being given to the country by the likes of the World Bank, IMF, WHO, and the UN. The country is brought to its knees and forced to comply.

It is under these circumstances that the current tragedy unfolds. The people are being subjected to a murderous experiment which has very serious long term consequences.

This reminds me of the Mahabharata episode where Draupadi was subject to various atrocities in the Court of Dhritarashtra and the powerful warriors and personalities present did nothing to prevent it.

There is no one to protect the people but themselves.