C Crisis - Time to understand the causes and change course 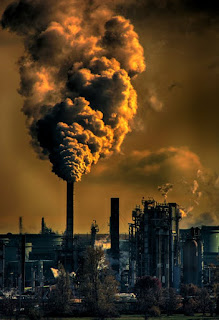 The first wave would not have happened if we had a health focused system instead of a disease focused one. Had we concentrated on health and all its aspects the points Dr R is making would have been clear to us all.

The world exists as one. Human beings are not separate from nature. All our inputs come from nature and all our outputs are used by nature. This is true for all elements and all life forms. The world has a cycle of its own and looks forward to life and longevity if it is left undisturbed. It abhors untimely death.

The laws of nature must be strictly followed if life forms wish to remain happy and healthy. It is like the Garden of Eden. God promises everything in abundance if man follows nature and does not assert his egoistic intelligence to triumph.

I believe the present crisis hinges on these aspects;

- Our extensive dependence on high speed wireless technology. We were already submerged in radio waves and electricity

- Our assault on nature - particularly forests and natural ecosystems - ensured that nature's own corrective system did not materialize. Nature instead was forced to become our enemy as Dr R is pointing out

- The steps we took; lockdowns, masks, use of sanitizers, social distancing are why we are having a second wave. Those who recommended these measures knew they needed a second wave. We are now witnessing bacterial infections aren't we?

- In the entire episode we trusted the very people who have masterminded this crisis. Our collective intelligence has failed

The situation has been complicated with the smoke from the countrywide forest fires and the Caribbean volcanic eruptions reaching the country. We cannot ignore environmental triggers.

What steps could have been taken?

- We could have immediately attended to the general health of the population through genuine public health measures. We now know that obesity, inactivity, low Vit D levels and comorbidities are the drivers of this epidemic. It is unpardonable that we concentrated on killing a virus rather than trying to help people

- We made a tremendous mistake by not allowing the holistic healers to actively treat the population. Had we done that and noticed the success they achieved despite the strictures imposed on them some wisdom would have donned

- We should have done some smart thinking and seen through the haze that a virus alone was causing the crisis. Doctors worldwide are pointing this out and are being censored. The alternatives they have tried in their clinics have resulted in 100% success and 0 mortality because they have understood very clearly that toxicity is an inherent part of the problem and elimination is a good thing. They facilitated the elimination, kept their patients hydrated, and used common medications, vitamins and minerals to augment vitality and keep things in control. The Solidarity Protocol of the WHO is a disrupting protocol that they recognized very early on

- Our use of fever reducing medications, anti viral drugs, and steroids are complicating matters. Fevers should be respected as a healing force, anti viral drugs are anyway not working, and simple herbs like Neem, Turmeric, Giloy, and Tulsi could help lower the inflammatory and overactive immune system response

- We should have raised our voice against the deployment of a wireless technology that precipitated the crisis in Wuhan. We derided the whistleblowers as conspiracy theorists instead of trying to understand what they were saying buttressed with evidence

Now that all our attempts have failed, and all the drugs in the Solidarity Protocol have been exposed, the least we can do is to reverse our track and think in terms of the people and their welfare. If we cannot do that there will be the continuation of the present genocide and we will have blood in our hands.

It is time to come to our senses.

5G trials in India could start in the next 2-3 months: report

The Department of Telecommunications has stated that 5G field trials could start in India in the next 2-3 months.

5G trials will start in the next 2-3 months

The DoT will begin allocating spectrum to network providers soon

Commercial applications of 5G, such as education, health care, agriculture, public safety, and FinTech will be tested first

What are chemtrails? Is it used in India?

In the year 2019 , the world watched in horror as the Amazon forests, California, Himalayan and Australia bush burned, releasing gigatonnes of CO2 in the atmosphere. In January 2020 there were signals of a new life threatening pneumonia which later came to be known as COVID19/Sars-Cov-2 from Wuhan.

What are the harmful effects of CO (Carbon Monoxide)?

Breathing air with a high concentration of CO reduces the amount of oxygen that can be transported in the blood stream to critical organs like the heart and brain.

At very high levels, which are  possible indoors or in other enclosed environments, CO can cause dizziness, confusion, unconsciousness and death.

Very high levels of CO are not likely to occur outdoors. However, when CO levels are elevated outdoors, they can be of particular concern for people with some types of heart disease. These people already have a reduced ability for getting oxygenated blood to their hearts in situations where the heart needs more oxygen than usual. They are especially vulnerable to the effects of CO when exercising or under increased stress. In these situations, short-term exposure to elevated CO may result in reduced oxygen to the heart accompanied by chest pain also known as angina.

Earth's Oxygen Levels Are Declining And Scientists Don't Know Why

Delhi air right now is like smoking 50 cigarettes a day

Killer air: Air in Delhi turned "Hazardous" during Diwali on Sunday with the Air Quality Index (AQI) was recorded 999 at Patparganj. Emission from firecrackers and stubble burning in adjoining areas of National Capital Region increased the pollution level. The situation is expected to be worsen in coming week.According to said experts, this is the equivalent of smoking 45 to 50 cigarettes a day.

COPD: What we know about the disease that killed a million Indians in 2017

Levels of air pollution have risen dramatically over the last two to three decades. That has had a major impact on COPD

Should You Be Worried About EMF Exposure?

Health Effects of Smoke Exposure due to Wildland Fires