C Crisis: Detoxify and be protected. 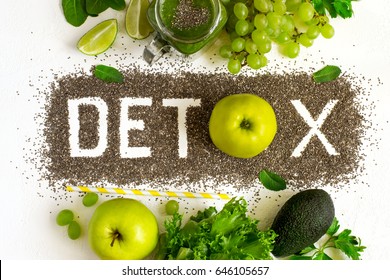 We are suffering because the pharmaceutical industry wants to sell drugs. The germ and virus theory is 200 years old. In the last 30 years the Human Microbiome Project has totally reversed that theory with scientific facts.

Germs and viruses are our friends. Without them we cannot survive. They help in digestion, assimilation, excretion, detoxification, and evolution (making us more compatible to the external universe).

In case of C also same thing is happening. Those who are aware that this is a detoxification are treating it differently by strengthening the body and keeping the elimination organs healthy. After the elimination the body is recovering.

Regarding infection Dr Thomas Cowan, MD has explained the concept of resonance in his book "The Contagion Myth". A sick body can take the cue from another body that is undergoing the detoxification process. We are energy bodies and communicate in many methods that we do not probe.

Thus the key to preventing and recovering from C is detoxification, strengthening your defences, and maintaining your vitality. If you do it yourself nature will not need to do it for you.

You can detoxify using Panchakarma of ayurveda, the procedures of naturopathy, or seek the help of a homeopathic doctor. Those who live in polluted cities, who are obese and inactive, those addicted to smoking and tobacco, and who suffer from respiratory disorders must do it. Clean up your bodies and minds with the help of holistic systems.

Nature does not like sickness. The plant and animal world follow natural laws instinctively. Man has a mind and ego that makes him feel he is separate from nature. By breaking natural laws he makes himself susceptible to disease and suffers a fate worse than hell. To relieve his suffering nature takes up a massive cleansing exercise every 200 to 250 years.

Currently man has himself opened the doors for such an exercise and made things complicated by treating it as a disease. Nature is now busy weeding out the sick. Next it will weed out the toxic cities. The harshest treatment will be for all those who have been responsible for creating the mess.

But in the process all will be affected. Our fault was we accepted the new paradigm without contemplating the consequences and we did not protest enough when we realized things were wrong. We will suffer because of our complicity and collective inaction.

The cleansing has started in all earnest and only end after all falsehood is destroyed and the truth is established. Those who expect that life will go on as usual are living in a fools paradise. The way to confront the crisis is to shift the truth from the false and help Providence in its mission. This is Mahabharat playing itself on the world arena and the whole world is now the Kurukshetra.

The Lord has blown the Conch and provided us the opportunity to emulate Arjuna. We have nothing to lose. In a few more years all will perish. Contemplating that death is certain let us take up our bow and fight for establishing Dharma. The reward will be eternal life and a better world that will truly reflect the aspirations of the masses.