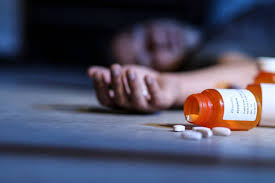 We have seen intense corruption in medicine. We have seen medicine veer away from its goal of making people healthy. Yet medicine still continued with the lame excuse that it is saving lives. However with the C epidemic medicine is finally declared dead. RIP medicine.

- The doctor who ought to lead was reduced to a drug salesman. Now he is redundant with the rich elite, politicians and lobbyists taking the decisions

- Medicine pretended to be scientific by putting up concocted research and studies. Now there is no need of such props. Decisions are emanating from the pulpit with absolutely nothing to back it up

- Doctors became subversive. But they still tended to fight when the sword hung over them. Today we see them succumbing and raising their arms for a shot that should never be opted for. The slavery and subservience is complete.

- For the first time in the history of medicine, healthy and asymptomatic people are leading an epidemic. This is a scandal that will be remembered for ages to come. What will rankle for all times is how a profession that calls itself scientific bowed down and accept this farce

- For the first time people are accused of spreading a disease they do not have. This medical impossibility could happen because medicine has reached its peak of pretence and its practitioners display all signs of intense brainwashing

- Now we witness members of the profession build their own coffin as they put things into people that will render them redundant. Those things put into bodies will now become the doctors receiving inputs from an AI platform and the human doctors are being sacrificed as their services are no longer required.

Medicine has been officially and formally assassinated and in the process it has taken down the entire civilization with it. The only positive note is that it has finally fulfilled its objective. The objective that it was put up for; Depopulation and global control