Those mRNA shots are not vaccines. 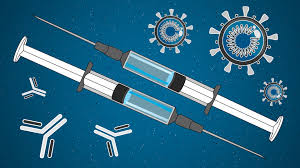 As many of you know Dr. David Martin was part of an interview with Sacha Stone  during the Focus on Fauci program.


During David's interview he addressed the misuse of the term 'vaccine' when talking about mRNA technology.

Dr. David Martin: 'Definition' of mRNA and use of the term 'vaccine' [transcribed from Focus on Fauci Interview]

For anyone working on legislation in your state it will become imperative to get the terms right and not stipulate that mRNA is a vaccine.

It is apparent that we will need to ensure that we add language that addresses a [no to a mandate for a medical device mandate] which is not on most legislators  radar at this time.

RE-Capped below.  Starts at around 1 hour and 40 minutes into this program.

This is mRNA packaged in a fat envelope that is delivered to a cell. It is a medical device designed to stimulate the human cell into becoming a pathogen creator. It is not a vaccine. Vaccines actually are a legally defined term under public health law; they are a legally defined term under CDC and FDA standards.[1]  And the vaccine specifically has to stimulate both the immunity within the person receiving it and it also has to disrupt transmission.

And that is not what this is. They (Moderna and Pfizer) have been abundantly clear in saying that the mRNA strand that is going into the cell is not to stop the transmission, it is a treatment. But if it was discussed as a treatment, it would not get the sympathetic ear of public health authorities because then people would say, “What other treatments are there?”

The use of the term vaccine is unconscionable for both the legal definition and also it is actually the sucker punch to open and free discourse… Moderna was started as a chemotherapy company for cancer, not a vaccine manufacturer for SARSCOV2. If we said we are going to give people prophylactic chemotherapy for the cancer they don’t yet have, we’d be laughed out of the room because it’s a stupid idea. That’s exactly what this is. This is a mechanical device in the form of a very small package of technology that is being inserted into the human system to activate the cell to become a pathogen manufacturing site.

And I refuse to stipulate in any conversations that this is in fact a vaccine issue. The only reason why the term is being used is to abuse the 1905 Jacobson case that has been misrepresented since it was written. And if we were honest with this, we would actually call it what it is: it is a chemical pathogen device that is actually meant to unleash a chemical pathogen production action within a cell. It is a medical device, not a drug because it meets the CDRH definition of a device. It is not a living system, it is not a biologic system, it is a physical technology - it happens to just come in the size of a molecular package.

So, we need to be really clear on making sure we don’t fall for their game. Because their game is if we talk about it as a vaccine then we are going to get into a vaccine conversation but this is not, by their own admission, a vaccine. As a result it must be clear to everyone listening that we will not fall for this failed definition just like we will not fall for their industrial chemical definition of health.  Both of them are functionally flawed and are an implicit violation of the legal construct that is being exploited. I get frustrated when I hear activists and lawyers say, “we are going to fight the vaccine”.  If you stipulate it’s a vaccine you’ve already lost the battle. It’s not a vaccine. It is made to make you sick.

80% of the people exposed to SARSCOV2 are asymptomatic carriers. 80% of people who get this injected into them experience a clinical adverse event. You are getting injected with a chemical substance to induce illness, not to induce an immuno-transmissive response. In other words, nothing about this is going to stop you from transmitting anything. This is about getting you sick and having your own cells be the thing that get you sick.

When the paymaster for the distribution of information happens to be the industry that’s doing the distributing, we lose. Because the only narrative is the one that will be compensated by the people writing the check. That goes for our politicians… and our media - it has been paid for - if you follow the money you realize there is no non-conflicted voice on any network.

[1] The word “vaccine” originates from the Latin Variolae vaccinae (cowpox), which Edward Jenner demonstrated in 1798 could prevent smallpox in humans. Today the term ‘vaccine’ applies to all biological preparations, produced from living organisms, that enhance immunity against disease and either prevent (prophylactic vaccines) or, in some cases, treat disease (therapeutic vaccines).  From: http://www.phrma-jp.org/wordpress/wp-content/uploads/old/library/vaccine-factbook_e/1_Basic_Concept_of_Vaccination.pdf

This is a mRNA, packaged in a fat envelope that is delivered to a cell.

It is a medical device designed to stimulate the human cell into becoming a pathogen creator.

It is not a vaccine.

Vaccine is a legally defined term.  Under Public Health Law and CDC/FDA Standards.

A vaccine has to stimulate both immunity within the person receiving it and also has to disrupt transmission.

The use of the word ‘vaccine’ is wrong.

This is a mechanical device in the form of a very small packet of technology – being inserted into the human system to activate the cell to become a pathogen manufacturing site.

Do not stipulate that this is a vaccine issue.

It is a chemical pathogen device meant to unleash a chemical pathogen production action within a cell.  It's a medical device, not a drug because it meets the CDRH definition of a device.  It is not a living system, not a biological system.  It is a physical technology.  It just happens to come in the size of a molecular package.

This ‘vaccine’ is actually a medical device that has never been used in humans before and rushed to market without any appreciation for what it will do either in the short term or long term.

Some sources have indicated the adverse event rate for COVID-19  injections is as high as 80 percent, and that would include all the minor adverse events.

But if the short-term adverse event rate is 80 percent, what is in store for the long term?

Politics and eugenics, not science or good public health practices, are what is driving this grand medical experiment dwarfing the Tuskegee incident by a billion-fold.

While this is an over simplification, a vaccine, as defined by the CDC & FDA, is procedure that introduces into the body a foreign protein or weakened virus or bacteria and activates the immune system to make antibodies to same. In theory, to be effective, those antibodies actually have to perform in a useful manner.

If it works as advertised, a vaccine gets in your body and programs itself to attack the infection should it cross your path. It has to stimulate both immunity and disrupt transmission by definition, but the COVID-19  injection does not encourage your body to program your immune system. Instead, it is the program.

This mRNA injection bypasses that step and takes over the programming of our cells to make proteins it wants to make, which presumably will stop, prevent or modulate the infection in question – in this case the COVID-19 virus.

In actuality, all the COVID-19 injection does is provide a treatment to supposedly modulate the severity of the COVID-19 illness should you get it and become symptomatic.

In other words, it is a treatment – a genetic treatment that has never been used in humans before.

And if it is only a treatment that neither prevents infection nor transmission, in truth, it is no better than any of the other treatments floating around like Ivermection/Zinc/Vit D/HCQ/Vit C/ HBOT/ozone, etc.

Obviously the COVID-19 injection is the treatment the so-called experts want you to have because not only are they so invested in it for economic and political reasons, but because it allows them to exercise even more control over the population, which is what this has been all about anyway.

We simply do not know what the long-term consequences are of turning the cells in our bodies into manufacturing plants for the proteins the mRNA gene treatment is going to cause.

We do know that there are other treatments and if this were just called a ‘treatment’ people would ask how it stacks up to the other available treatments.

So many people are defending vaccines that they can’t see what is staring them in the face, namely that this is not a vaccine, regardless of how many say it is.

Please stop calling it a vaccine when it is not.

If it does not prevent transmission or protect you from getting the infection, why are authorities so anxious for everyone to get it?

That is the question we all should be asking. Yes, it is about money, but could there be other reasons as well, like eugenics?