What is 'scientific' medicine missing out on? 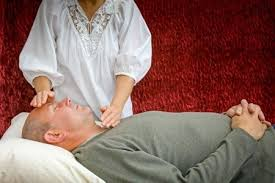 Our ancestors acknowledged an invisible world that irked us. We wanted everything to be worldly and confirmed by the senses. Our rebellion made us negate the wisdom and conclusions of our ancestors and we welcomed the scientific approach that accepted only the visible world.

What is the meaning of the word science? It is defined as, "the intellectual and practical activity encompassing the systematic study of the structure and behaviour of the physical and natural world through observation and experiment."

Note the terms "physical and natural world". Thus science limits itself to the world as seen and felt by the mind and senses. It is 'this worldly'.

What is wrong with that? The problem is we have put all our eggs in the 'this worldly' basket. However this seemingly real world does not have a real basis. It is just a construct that is defined by our mind and senses. When the mind is shut off in sleep the world disappears. As per physicists, the world needs an observer. If there is no observer there is no world. A recent discovery says the world is made up of neurons. It is made up of thoughts. It is just a blob of consciousness.

Indian philosophy emphatically declares that the world is an illusion and tries to define a path that takes one from illusion to the truth. The illusion is named Maya. Indians do not have the concept of satan. The word Maya - the force that deludes and keeps us away from our spiritual roots - is the satan that western civilization dreads.

The Indian system of medicine called Ayurveda is based on philosophy. It recognizes the underlying all embracing consciousness and describes how that consciousness seemingly stirs and forms the basic building blocks of life - air, fire, water, and earth - to create a world where the consciousness somehow encases itself in many appearances to become the manifest multifaceted world. It recognizes the world is a play and the consciousness plays with itself. The ego is an element that features the separateness and cunningly creates separate entities of what is in essence the same substance.

Ayurveda uses the term Akasha or space to denote the underlying consciousness. That consciousness seems to stir and create air. From air comes fire. Fire and air combine to form water. Air and water merge to form earth. This forms the basis of the Tridosha theory involving vata, pitta and kapha. Vata is air, pitta is fire, and kapha is earth. Thus ayurveda seeks to balance the play of these elements to maintain health. However it knows that it is Akasha that is important and that all healing takes place from that standpoint. Therefore it seeks to tap that Akasha or the underlying all pervading consciousness with various esoteric methods.

Modern science also acknowledges an invisible presence that many define as the invisible self. It is this self it is acknowledged that maintain the integrity of the body. It is also noticed that the major changes in the body happen in the background. They are not visible and yet they are profound. However these observations are never dwelt upon.

Thus while ayurveda and other holistic systems embrace the reality behind creation to treat its subjects, today's medicine is fixated on the unreal illusory world and does not intend to embrace the truth. It thus separates itself from the dynamic thinking biological entity called man, and regards him as a mechanical toy that runs on factory made chemicals.

Thus we find a flimsy base - the germ and virus theory, the reductionist approach, the faulty concept of homeostasis, and the desire to dominate and profit. The result is an explosion of different disease names that become the input for more products and more profits.

Health is the strength of the strong, it is the beauty and glow of the beautiful, it is the intelligence and wisdom of the Sages, it is the love of the mother, it is the protection of the father, it is the honesty and integrity of the upright and it is the perfection that we witness in nature. When health is lost everything is lost and society disintegrates into chaos.

In such a scenario you are a demon. You are satan himself who delights in fooling people and destroying God's creation.