Recognizing & Acting on the K-O-BH-I-D Fraud 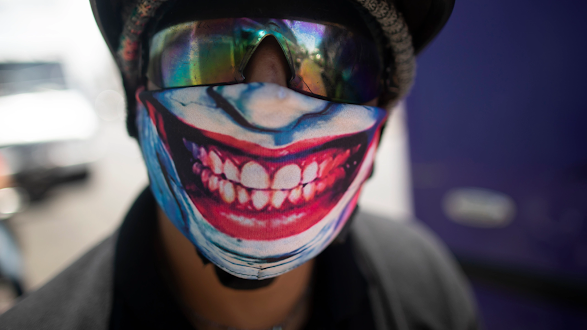 - Viruses are not external threats

- Viruses are formed WITHIN the body for cleaning up extreme toxicity

- They do not possess life, cannot do anything outside the code instructions

- They have a short existence, and disintegrate after the task is over

- They need a medium to survive

- Therefore it is NOT POSSIBLE to isolate and purify any virus

- Electron microscopes require special preparation of the samples to be seen under it. This process will disintegrate any virus

- Thus the images of viruses we see are artistic renditions

- Viruses are not external. They are formed within the body

- Viruses do not jump species

- Viruses in all species are similar, therefore it can be manipulated to prove that they have jumped species

- This is why the RTPCR tested goat samples as positive

- Those toxins affect only the person targeted. There can be no human to human transmission and epidemics

- Now you know why Fauci is the darling of the industry

- He is the brain behind the current crisis

- There is no Ko virus

- The question now is what else is the media doing?

- Why is the media now revealing the dangers of the Ko vaccine?

- What is it programming us for again?

As I say this illusion is very deep. What could be happening behind the scenes?

- We are being handed out an impossible scenario

- There seems to be no escape

- Suddenly something happens and we feel there is hope

- A messiah appears on the scene to save us

- There is a false dawn

- We voluntarily accept what we were rejecting earlier

Let us never forget that only a spiritual society and spiritual world is acceptable. Let us not deviate from that goal.

Let us not fall into the trap. Let the Supreme Consciousness alone be what we seek.

You all know the plan don't you?

First the wars, disasters, disease and pestilence to depop by 95%. And then;

- Chip and sensor based healthcare

- Life only in smart cities

- Work where you are assigned

- Sex with robots if you are good and eligible; based on social credit

- Movement only through electric vehicles that can be tracked and controlled

- EMF shocks and elimination of those who disobey

Because we need to be protected from viruses and climate change.

When will that spiritual world come? After the war and destruction. There will be no shortcuts. The world will rejuvenate itself through an intense ice age that may last many years. There will be other natural events releasing very bitter poisons that will cleanse the world of artificial toxins.

We need not fear. We are all spiritual beings. But our decisions will affect us and our future in the material plane. If there is a war we should fight for what we think is right and proper that will lead us to the spiritual world. We have to battle the dark forces. Currently many are embracing them for the sake of convenience and material gains. That is a great mistake because all the current world's material comforts will perish along with its creations. Those who side with the dark forces will lose both at spiritual and material levels. They will have nothing in their balance sheet and will be denied the great spiritual potential of the coming age that will last a thousand years.

As Mahasambhuti Chakradhar had told us, the brave have to fight. Every living being will face a situation where there will be no other go but to fight. The choice of good and bad will come to all and one has to choose wisely. He had great hope on the youth. And currently it is the youth who are leading from the front.

We have hardly two or at best three years. Prepare for what is coming. Wake up from your slumber.