Will vaccination fulfil these prophecies? 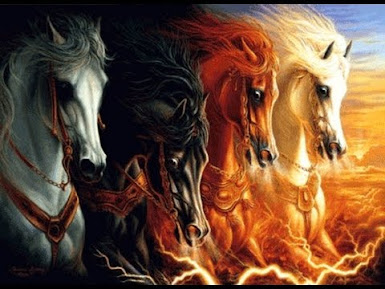 Vaccines are now real and the process has begun. Nobody will be left behind. What will be the consequences? I cannot but reflect on a few predictions. The first is a 500 year old prediction by an Indian saint. The second is a Biblical prophecy.

Swami Achyutananda, a contemporary of Sri Krishna Chaitanya, had visions about the future. He had predicted the present epidemic and described how people would hide in their homes and wear clothes to cover their mouths like bullocks were restrained in his time. What did he say exactly?

"Strange epidemics would appear that would baffle doctors. The medicines would not work and aggravate the disease." He also said, "people would start dying in large numbers and the death rate would become so high the corpses would rot in the homes and be devoured by animals as people would get tired carrying the bodies on their shoulders and cremating them."

Why would people die in such large numbers? Not impossible to guess as we now have an intervention that will be mandated for everybody. His prediction that the remedy will be worse than the disease must also be borne in mind.

The second is a Biblical end time prophecy. People will suffer from extensive and very painful open sores and will be so affected mentally that even committing suicide will not be an option. They will experience hell in summer heat without any means to lessen the temperature. Clearly something will cause electricity grids to fail. This prediction too is not difficult to imagine and the cause can be easily understood.

- A period of plagues will become widespread in the middle of summer. People will die from dawn to dusk. At that time, all the forest (ecosystems) will collapse. All the rocky mountains will crumble at their bases. One will not be able to bear the levelling (process) of the earth's (mountains). For every ten persons, only one will be left.

- A period of sickness and diseases will come. Some will die from fever; some from chills; some from stomach ailments; some from madness; some from skin diseases; Some from heart disease, others from liver disease.

THE PROPHECY OF RASPUTIN

Mountains of corpses will be piled up in the squares and millions of men will bring death without a face ... Cities with millions of inhabitants will not find enough arms to bury the dead and many country villages will be erased with a single cross...

No medicine will be able to stop the white plague because this is the antechamber of purification. And when nine out of ten men have rotten blood, the scythe will be thrown on the earth because the time has come to return home.

The CDC had carried out a zombie apocalypse exercise. Clearly huge crowds of such mentally unstable people with festering sores and cankers all over their bodies will be difficult to control.

Predictions have the uncanny ability to occur. These too will occur.

How do we escape? In Nepal people have observed that deaths are occurring in hospitals. They then decided to stay at home and treat themselves with their home made ayurvedic remedies. The deaths have stopped. We must understand what this crisis is about.