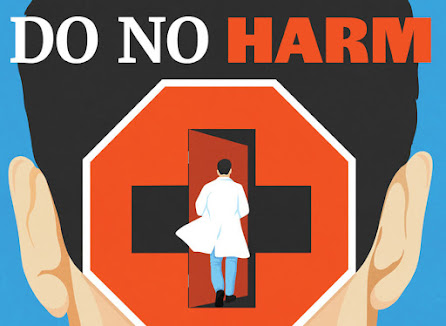 I read the 15 page circular of the Govt of India in this regard.

What is amazing is that Ayush practitioners, students, researchers, and administrative staff are being included. Even NGOs providing health services have not been spared.

I really do not know how many will agree. Already there are apprehensions being shared and in my state the Anganwadi workers (grassroot staff) have raised the issue of adverse effects. They want to know if the state will take care of them when things go wrong. Going by past records the state's responsibility ends with vaccination. Had they gone beyond that point vaccines would not have existed. Vaccination has always been a terribly irresponsible exercise.

This is an experimental vaccine. Dr T Jacob John has advocated for emergency use as he feels late protection is no protection. Taking note of the observation of Dr Peter Doshi in the BMJ, the trials have taken a scant look at infection and remain silent on the issue of severe cases, hospitalizations and death. Perhaps the reason why Dr Jacob John has insisted that the vaccine manufacturers and vaccinators be provided legal immunity. The manufacturers have already received immunity in 182 countries I think as they admitted adverse effects would be widespread and would show up after 3 to 4 years.

In the early days of the epidemic (if we may call it so) virologists had pointed out that preventing a virus from latching on to mucosal surfaces is a dream. Therefore preventing infection is not possible. "A vaccine cannot prevent a mosquito from biting", was the simile used as far as I can remember.

I view this vaccine with dread as I have been looking at the vaccine scenario for more than four decades and I know exactly why vaccines are necessary and pushed so hard. However the present vaccines come in the backdrop of agendas that are difficult for any common man to even imagine.

The tests were manufactured in 2017 and distributed in 2018. As vaccinating 7.8 billion is a prime agenda behind this manufactured crisis, I am very sure work on the vaccine began a long time ago and the finished products will be rolled out soon. The pretense of manufacture and the trials are a sham. As revealed in India there exists no committee to oversee the process. We remain in the dark.

Clearly the first groups; healthcare workers and the elderly will be participating in a trial. Not perhaps for observing the usual side effects. The fulfillment of a certain agenda may be tested.

I feel sorry that such decisions are being taken without caring for public opinion, and that of genuine experts without conflict of interest. We have seen how those experts who are worried about the developments are expressing their concerns on various platforms and are being censored.

Will the profession take the shots? What will they get in return? So far the members have been very tardy in taking the vaccines they recommend. There are mandated vaccines for hospital staff, but those mandates stay on paper. But this time it will be difficult to duck. I understand there will be a committee to supervise the entire exercise.

The decision to vaccinate the healthcare workers has come from the very top and emanated from the offices of the supreme scientist, the best the world has ever produced, the honorable Dr Bill Gates. Dr Melinda Gates has publicly proclaimed the plan. She is also very eager to protect the women of the world with this vaccine. She is very worried about their health and perhaps their reproductive abilities.

I salute those brave hearts who have decided to unquestioningly sacrifice their lives and health at the altar of the Gates Foundation. I am worried about those who are being forced into the trap.

Why are the healthcare workers being sacrificed? Vaccines affect populations at several levels and sick, stressed, and confused people can then be manipulated to implement steps they would not ordinarily agree to. It may also be that with extensive digitization and introduction of artificial intelligence the whole disease scenario will be virtually monitored and would not require the very large workforce. This may be a goodbye. Not surprising because the rulers regard the workers as goyims. They are done away with after the job is done. Targeting the elderly is easily understood. They are perceived as a burden on the world.

It is estimated that within a few years billions (85 million in India alone) will lose their jobs to extensive automation. Our premier institutes are busy designing AI based industrial and health sector facilities. A few robots will be enough to man factories and chips within us will connect to virtual doctors and take care of our health (and demise).

The future is very bright. I feel it difficult to stare at the intense light at the end of the tunnel. Perhaps I am having a near death experience.