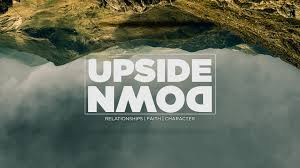 Everything is upside down. We have been fooled by our education.

- Germs and viruses do not cause disease. They help in ensuring and maintaining health. Till date no germ or virus has been proven to cause any disease

- Germs follow disease to clean up dead tissue. They are never found in healthy tissue. In nature we find pests feeding on unhealthy leaves and fruits but never on healthy organisms

- Viruses are actually Exosomes. They are excreted by cells to tackle extreme toxicity; like heavy metal poisoning. Thus they too are a part of the detoxifying mechanism

- Vaccines do not protect from disease. They cause serious chronic diseases, the diseases that have flooded society and necessitated calls for more doctors and hospitals. Till date no vaccine has been proven to eradicate any disease

- The body is the one and only doctor. It is born with an intelligent power called vitality that forms the blueprint of its life. When sick it instinctively knows how to heal and seek out aids to health. Modern doctors and their methods are health destroying agents and are the cause of all chronic and novel diseases we witness today

- Antibodies can mean both protection and infection according to medical science! They are also an indication of autoimmunity. In reality they are a response to stress and toxicity.

- Disease in its acute form is the body's attempt to heal from toxicity. The doctor who suppresses these attempts is the enemy of health

- The human body is not at war. It is constantly adapting to its environment and it gains and evolves from such encounters

- The human body is geared towards ensuring health and prolonging life. Everything it does is about achieving that objective. It does not face an existential threat from not being under medical care

- Life prospers not from competition but from cooperation. It is not survival of the fittest. It is survival of the community through combined efforts at complementing each others efforts. In trees we witness how they help each other by communicating both threats and solutions through the extensive network of roots that connect them

- Medical science has not ensured longevity. The lifespan in natural societies was around 110 to 120 years. People were healthy even in old age; the elderly were virile and could sire children

- The inputs we require are not chemicals but safe diverse nutritious food, a non toxic environment, dependence on nature for our requirements, physical labour, following the cycle of the sun and moon, safe sustainable livelihood, regard for the earth and its resources, the strength and support of family and community, and setting a purpose for life

- The healthy mentality is about hope, cheer, positivity, compassion, and love for all beings. The current mental disposition of cynicism, hopelessness, finding fault, depression, unbridled passions, and self centeredness is indicative of sickness

- Health is about vitality, energy, morality, self discipline, and spirituality. We seek the opposite in this world and expect to be healthy!

- Devotion to the primal energy called God is natural to man. The energy channels and energy vortices in the human body called nadis and chakras connect human beings with that all pervading energy. They are our roots through which the universe provides everything we seek outside us.

- Agnosticism and atheism are signs of sickness and indicates the channels are blocked and not functioning properly. A system of medicine that is not aware of health and its misguided interventions is why we became disconnected with the higher power

- The world we take to be the only reality is an illusion defined by our mind and senses and locked by our ego that seeks to perpetuate its existence. It is a mirage and does not exist. It is like the froth an ocean generates. The ocean is real. The froth world is temporary and not real

- Consciousness is apart from the brain and never dies. A person does not lose consciousness upon death. Through wisdom one travels from a limited consciousness to the vast single consciousness field to be freed from all limitations. The price paid is loss of desires and ego that form the chain that binds us to the illusory world

- What we know as medical science is a false construct propped up by convenient assumptions that can never be proven. The fundamental principles are false. Its current form was shaped in the Rockefeller Institute of Medical Research that is now Rockefeller University and Johns Hopkins. They paid lip service to William Osler and ushered in utter falsehood whose only goal was sickening people and profit from managing that sickness

- Those systems of medicine that are termed quackery are the real healing methods. They were declared quackery via the Flexner Report 1910 and Alma Ata Declaration to ensure a destructive monopoly. The decision had no scientific basis. The scientific approach should have been to evaluate them sincerely, adopt the methods, and witness the outcome. Doctors who did that converted in large numbers and adopted holistic methods

- The WHO is a disease ensuring organization set up to promote the business of pharmaceutical companies and advocate their products. It has never attempted to heal populations though its definition of disease shows it knows what health is about. It is a sadistic organization that is now in charge of destroying humanity and achieving depopulation goals

The above fraud was perpetuated by setting up big institutions using money and muscle power, awarding the false theories with prestigious awards (like the recent Nobel for discovering a hepatitis virus while the real reason for liver damage is always toxicity), and providing degrees and licenses to those trained in falsehood. The systems became livelihood options for those seeking fame and riches. It is their greed that perpetuated the falsehood as they knew which side the bread was buttered. They became role models for others and falsehood was enthroned as science.

What about “Infectious disease”?

With Pasteur's germ theory and the later discovery of more minute particles termed viruses (Latin for the word toxin) came the concept of infectious disease. If you go through medical archives you will find statements like, "We should completely sanitize the body of germs." This insane idea forms the basis of scientific medicine. Nothing has changed.

Dr Antoine Bechamp, MD who scoffed at the germ theory even as it was proposed asserted people did not "catch" disease, they were sick due to other factors like lack of nutrition and sanitation. But the idea caught on because the hunt for bacteria and viruses enabled the hunters gain name, fame and riches. It was another gold rush.

The germ and virus theory has benefitted the corporate world who manufacture toxic products and kept afloat the Rockefeller brand of medicine that thrives on toxic chemicals.

What really happens? Throughout history people have fallen sick due to the following reasons;

- Popularization of refined food like white flour and sugar. With mechanization age old practices were curtailed and food processing changed to include chemicals and speed of production rather than ensuring nutrition became the norm

- The extensive use of the small pox vaccine saw waves of never before observed diseases. Syphilis, tuberculosis, cancers, mental disorders, neurological disorders, leprosy eczema psoriasis, diphtheria, whooping cough, tetanus became the norm. Plague was linked to the vaccine and it was also suspected to be behind cholera outbreaks

- The introduction of electricity, radio waves, and EMF disturbed the electric energies of the body and brought in global disturbances in health

- Currently we are exposed to 83,000 chemicals, extreme pollution, junk food, pesticide laden and GMO food, sedentary lifestyle, interventions in pregnancy, childbirth, extensive vaccination of infants and children, and cell phones have become a part of our body

But all these factors do not cause disease! We must fear germs and viruses because they are causing "infectious diseases"! We must adopt options like masks, sanitizers, lockdowns and shutdowns instead of rectifying the obvious anomalies and ensuring immune strengthening measures, nutrition and livelihoods.

Let us throw this system out, ban its experts from proclaiming their views, and stop approaching its practitioners at the drop of a hat. Our lives and health are more important than the profits of the pharmaceutical industry.