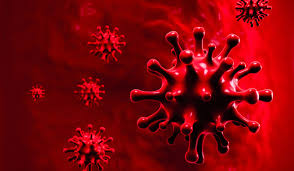 In light of recent approvals of various drugs by DCGI, India without any clinical trials conducted in India. What if these drugs are behind the high mortality and complications? A peep into the documented adverse effects of the drugs being used reveal a lot.

It is shocking to observe that most of these drugs had failed miserably due to serious adverse reactions during clinical trials in the past in other countries. None of these drugs have any track record of treatment of pre-existing diseases in majority of population who have died due to comorbidity or suspected microorganism. As a concerned citizen, I am unable to understand rationale behind why such poisonous drugs with failed clinical trials or well known documented adverse reactions are getting approved for patients with pre-existing diseases.

"Since now, almost all deaths are taking place in hospitals and not in home isolation, it was felt that systems in each hospital need to be examined in detail. The CM has asked for the ratio of deaths to the total number of patients discharged in each hospital,” the CM’s office said.

*Experience in Patients with COVID-19* 👆

Favipiravir is known to be teratogenic!"

Prima facie, composition of these posionous drugs are similar to chemical fertilizers pesticides, insecticides etc. It kills everything, distroy gut Microbiome and cause long term gut disbiosys. It seem that liver damage is immediate impact but long term impact has potential to cause birth defects in next generation of human being.

The following adverse reactions have been reported with Dexamethasone or DECADRON or other corticosteroids:

Peginterferon alfa-2b is derived from the alfa-2b moeity of recombinant human interferon and acts by binding to human type 1 interferon receptors. Activation and dimerization of this receptor induces the body's innate antiviral response by activating the janus kinase/signal transducer and activator of transcription (JAK/STAT) pathway. Use of Peginterferon alfa-2b is associated with a wide range of severe adverse effects including the aggravation and development of endocrine and autoimmune disorders, retinopathies, cardiovascular and neuropsychiatric complications, and increased risk of hepatic decompensation in patients with cirrhosis. The use of Peginterferon alfa-2b has largely declined since newer interferon-free antiviral therapies have been developed.

In a joint recommendation published in 2016, the American Association for the Study of Liver Diseases (AASLD) and the Infectious Diseases Society of America (IDSA) no longer recommend Peginterferon alfa-2b for the treatment of Hepatitis C 2