Death is inevitable. Can we overcome death? 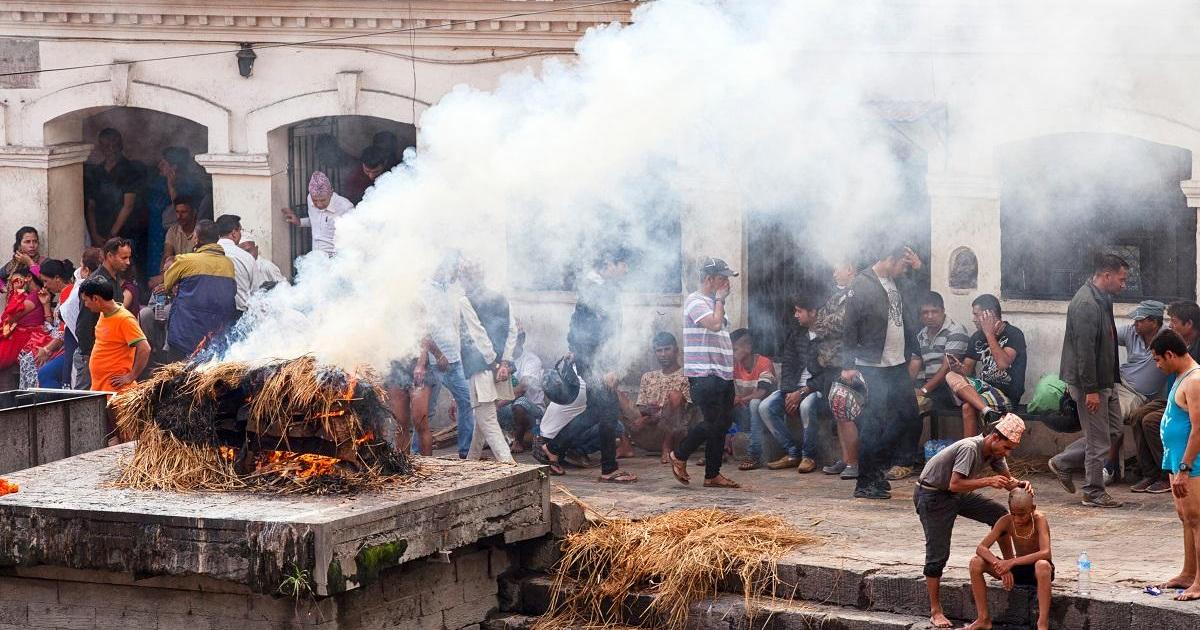 So many people are worried they will die. Everyone fears death. Swami Yogananda Paramhamsa has written how his Guru Swami Yukteswar Giri had trembled a little while talking of his death. Sannyasis fear both life and death. Punarapi Jananam Punarapi Maranam, Punarapi Jananim Jathare Shayanam. This going and coming, that repeatedly taking shelter in the mothers womb. They seek freedom from the cycle. We may have led an extremely pious life but we do not know about our sanchita karma or the karma which lies in store. We do not know what feature of that karma will reflect in our next life. Truly frightening.

But then we die every day! We fall asleep at night. We forget everything that we are and leave behind everything that we have. Instead of being frightened we desire sleep as it renews us. We wake up refreshed. If we cannot sleep for a night we become sick. We take sleeping pills to sleep.

Similarly death too is a sleeping and forgetting. But the difference is we die in one world and then wake up in another. We have another body and another identity. Another frame of mind. Another set of circumstances to tackle. Our next dream depends upon the sum total of our actions and experiences in the past. It is like a ball set in motion among other balls. It travels according to its momentum and on how it strikes against other balls. Where it lands up is not determined by it.

How do we control that momentum? Is it possible? Yes and no. When you come into this world your life is already determined. You have to go through the motions collecting more karma in the process. Your life is based on your desire to live. So long as that desire persists within you it drags you on through pleasant and unpleasant experiences.

The Upanishads talk of two birds in a tree laden with bitter and sweet fruit. One bird sits at the top not eating any fruit. The other is busy eating. When it eats sweet fruit it feels happy. When bitter fruits come its way it feels sad. Throughout this eating it occasionally looks at the bird in the top and wonders why it sits detached. A time comes when the bitter fruits have their effect. The bird realizes that bitter experiences are inevitable and the only way to avoid it is to stop eating altogether. When that realization dawns it flies to the top of the tree and sits down. It looks around to see that the other bird has disappeared. It then realizes that there were no two birds. Just two selves that are in fact one. The jivatma meets the Paramatma and becomes one.

Similarly when the desire to live reduces in us we then become like the wheel that has detached from the Chariot. It moves because of past momentum and then comes to a stop when that momentum is gone. The soul lives the rest of its life experiencing the effects of past karma and ultimately gives up the body never to return again.

But there is another way. That way is to realize that we are not the appearance. To realize that we are forms carrying out the work of the universe. Then we lose ownership over our achievements. We become the witness; witness to both pleasure and pain. Sri Ramana Maharshi says we should try to find out who we really are by constantly questioning ‘Who am I?’ There is no answer to this question. But the result is liberation.

A marriage is being celebrated. A person enters and starts eating. The bridegroom’s side thinks he is from the bride's side and vice versa. But at a point of time people start questioning. Who is he? The thief knows his time is up. His presence is being questioned. He disappears. Similarly when we start questioning ‘Who am I’ the thief ego knows its time is up. It disappears and the illusion is over because the illusion is present only because of the ego. There is no person, no event, no experience. No viewer, nothing to view, no act of observing. Nothing is happening except the play of Maya.

Overcoming death is becoming aware of the above, becoming detached, questioning the ego, and disappearing from the act to merge in SatChidAnanda; the eternal existence, knowledge, bliss that is the only reality; our real existence.