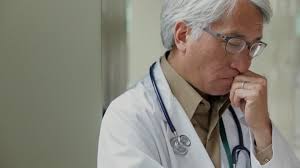 (Image courtesy Mercatornet)
Doctors are not scientists by education. They are practitioners who have to mostly blindly follow what they are taught, and increasingly obey what a coterie deciding government policies demand from them; particularly in matters of sterilization and vaccination. The problem is that those practitioners who question the injudicious interventions are either bludgeoned into submission, sidelined or stripped of their medical licence.
Those genuinely interested in the health of populations have realized that remaining low key, and setting shop in isolated regions is the only way to serve the masses. These doctors do not balk from studying and accepting methods from practices outside their calling for they are interested in health. It is a tragedy that they have to do so furtively.
This is a far cry from what we observed 30-40 years ago. Doctors then openly prescribed ayurvedic formulations like Liv 52, Diabecon, Amla and Triphala Choorna, among others.
A very popular doctor in Odisha who was also the Principal of the SCB Medical College in Cuttack Dr Raghu Sahu practiced what can only be termed naturopathy and supplemented it with a few generic drugs. It was very rare for him to prescribe more than one drug. He had an extremely high rate of success and despite his frightful temper, his patients considered him to be God. People remember his unconventional approach. There is the case of a pregnant lady who was brought to him one morning in a state of tremendous pain. She was shrieking and wanted to end her life. Dr Sahu simply asked her about the spot where the pain was intense and then rubbed a piece of ice on the spot for a few minutes. The pain vanished magically. The fetus had pressed on the spot, he explained, and applying ice on the spot had caused it to move away.
In Bhubaneswar the Late Dr Jagannath Mohapatra of Old Town area (brother of Late Dr Gadadhar Mohapatra – who preferred advice and patience over prescription) prescribed nutrition, spices and herbs (he actually wrote them down in his prescription), and rarely a few generic drugs. A very well known MD of Forest Park area Dr Kar who concentrated on children refused to treat children who were vaccinated. A prominent and soft spoken Opthalmologist of Bapujinagar area Dr Jogesh Mishra also practiced homeopathy and was awarded a state level prize for his successes. A MD of Unit IV treated with what he called “sympathy” and practiced all pathies with élan according to the need.
There is a very senior and highly qualified pathologist in Sahidnagar Dr K C Mohapatra (a student of Dr Raghu Sahu) who has a repertory of such doctors from Odisha but he keeps his knowledge to himself.
When I broach this subject with modern day doctors they say that medical science has advanced and they no longer need such support. They also say today cases are extremely complicated. What has complicated things? Who have complicated matters? Who prescribe without thinking? Health is a God given right. Nature always strives to provide perfect health. It is when we do not know natural laws and start thinking mechanically that we complicates matters by disturbing the fine balance of health.
A Professor in Medicine from Kolkata who used to correspond with me narrated how he was pulled up for asking his students to also study other medical philosophies. A letter from him is in my Notes section. The IMA has officially forbidden doctors from practicing other pathies.
In an NDTV debate, the then IMA President shocked the audience and even Burkha Dutt when he openly admitted that serving the interests of Big Pharma was his prime duty and he remained mute when Burkha wondered aloud if he was also duty bound to suppress practices outside the domain even if they were beneficial.
It is essential to realize that our present day medical experts cannot be committed to health if they stick to what they are taught and told to do. When Dr Richard Horton pointed out that only about 15% of medical interventions can stand up to scrutiny, other medical researchers were quick to point out that he had failed to consider the ultimate litmust test – replicability. Prof Iannodis, Dr Richard Smith, Dr Marcia Angel, Dr Lanctot and others have warned that medicine is in the control of wrong persons. Dr Lanctot lost her licence for writing about what ought to be. The glorified "experts" in medicine are but lobbyists strategically placed such that secrets do not stumble out.
Under these circumstances we have no recourse but to be our own doctors. Be informed, be prepared and concentrate on genuine preventive practices. An article in the Medical Express concedes that parents who do not vaccinate their children also prefer organic foods, tend to stay away from chemicals, do prolonged breastfeeding and adopt other healthy practices. A study on cancer and women advises women to stay as natural as possible. Both people and researchers are waking up. Doctors need to wake up too.