The Role of Irrationality in Knowledge & Wisdom. 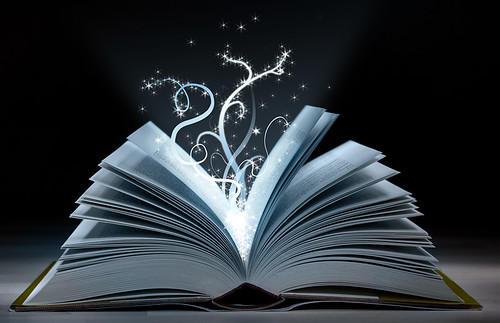 Why is irrationality a component of our minds? Does it serve a purpose?

The problem with scientists who consider irrationality to be an unwanted element is that they deal with gross things and think that is all there is. But the world, though it appears gross, is actually just a vibration in energetic fields. There is nothing solid in this universe which is in essence only energy, as our studies have pointed out. We sense this world according to the inputs of our senses.

There are members in the animal world who have a sense of intuition and foreboding we have lost. Recently in Cyclone Fani the animals of a reserve forest saved themselves by just moving away from the cyclone zone before it even reached. Similarly there are animals and birds that can see frequencies we cannot. Therefore most of us have seen dogs or cats barking at or reacting even though we see nothing.

I had once listened to a physics professor who was trying to explain quantum physics to us. We were young and most of it went above our heads. But he said something that impressed us. He said, suppose you have electron microscopes as eyes, how will the world look to you? But can you say that the world you then observe is false? That was my first brush with the fact that reality could be seen and felt in various ways.

Subsequently faced with very trying circumstances I have myself had experiences that could not be explained. Also faced with intense and severe unbearable pain in the entire spinal region I had another experience. I distinctly felt the spine was a snake with its disc like hood spread over my head and its body was moving and swaying including the lowest portion of the tail. It was a frightening and unnerving experience. That is what people trying to awaken and raise their kundalini feel. The kundalini acts like a snake with a raised hood.

So we must study a subject thoroughly before trying to comment condescendingly about it. Our ideas are shaped by foreigners whose intent was to make us feel that our own cultural experiences and wisdom was inferior to what they were trying to impose on us in order to spread their influence on the world. Today members of that same community are busy studying Indian philosophy and tribal shamanic wisdom cutting across cultures as they have come to a dead end with their own theories and assumptions. There are also scientists and mathematicians who have acknowledged that not their own minds but their subconscious minds have led to their discoveries. That list includes Friedrich August Kekule, Ramanujan, and even Albert Einstein. The people who pioneered real science (not the corporate version that is popular today) were also philosophers and were humble in their approach, qualities that tap the subconscious mind.

Science is fine but it has severe limitations because it is limited to the senses. To move further we need to tap into something else. That something else is consciousness that is all pervading and is intelligent according to spiritually realized personalities. We cannot tap into consciousness with rational thinking. It can be tapped only by raising the irrational mode of thought. Spiritual practices or shamanic rituals tap into regions of the mind that rational and egoistic people cannot because the ego is a great limitation as it confines and binds us to a limited personality and environment that we feel bound to.

It is like we earlier thought that there was "junk DNA" but today we know that it has a very important purpose we are not able to put a finger on. It actually determines how genes function and can even modify them. Genetics is today known to be extremely fluid and not static as thought earlier. Earlier we thought the appendix was unnecessary. Today we know it is a storehouse of ancient bacteria that the body can tap into when needed. So we have realized that there is nothing that is without a purpose; similarly with rationality and irrationality.

Irrationality too has a purpose which many are now waking up to. Eminent psychologists and psychoanalysts are today studying shamanism and using their methods to reach other dimensions of thought. There are doctors in India who are into Tantra and astrology. A lady doctor has even written a wonderful book about her experience. So those seekers who are earnest in their quest baulk at nothing. Single-mindedly they seek the truth. Our ignorance and ego are our greatest limitations which are stumbling blocks to progress. As a result we have created a society where crisis has become normal.

There is no end to learning. Provided we are eager to learn and go beyond our seeming limitations. The all knowing consciousness that alone exists is not apart from us. It is always giving. We must learn how to receive. That learning process was the preparatory stage of spirituality that our ancestors in India had established. It created lofty and selfless character that not only bestowed wisdom but also taught the responsibility to deal with knowledge and wisdom. It was a far cry from the corporate funded scientific charlatans and the self declared god men that are plenty in today’s world.

Let us take another subject related to medicine. Homeopathy. The discoverer of Homeopathy, Dr Christian Samuel Hahnemann was not only an MD and a chemist. He was a multi faceted genius. However when he discovered homeopathy he initially became an object of ridicule. But most MD's of the day were unlike their modern counterparts. They were critical of homeopathy, but their criticism could only be complete after a thorough study of what Hahnemann had discovered. So they studied homeopathy in earnest, mastered the principles, and applied the remedies to their patients as per the principles. To their amazement, the results were outstanding and the patients were cured. They found that homeopathy was not only scientific but an amazing revolution in the subject of medicine. They then converted in hordes to homeopathy in diverse countries like Germany, UK, USA, France, and even India. Do the MD's that today's corporate medicine produces and employs have that integrity and capability? No. They are the best of charlatans trying to protect their turf rather than thinking about the patients they have taken an oath to serve.

Therefore the choice is ours. Do we want to fulfill what we have appeared for, or do we wish to remain caged in our egos and superfluous achievements?