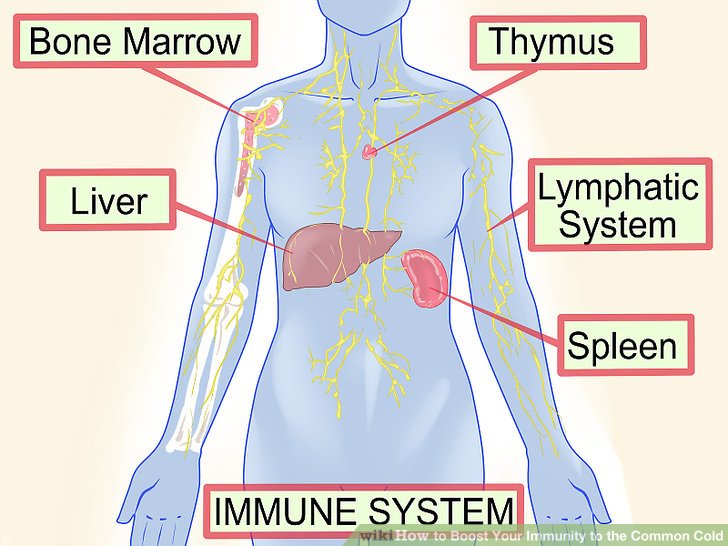 TH1 & TH2; How vaccines destroy inherent immunity.
- Compiled by Martinez Sabrina.
A balance of Th1/Th2 cells in the body is defined as immunostasis (or immune balance) and is required for optimum health and wellness. Vaccines promote a failure in immunostasis by making the Th2-type cells dominant.

In Vaccine-Induced Immunity, Th2 response internalizes the infection because the Immune System was forced into an emergency -based Th2 response and results in poor immune memory. Thus regular vaccine boosters are required throughout life.

T cells (thymus cells) are the major cell in the immune system; they direct and control all immune responses as well as immune memory. Subsets of T cells are the T-helper cells (Th). T-helper cells coordinate and direct the safest and most effective immune response. Using Moskowitz’s measles example, we know that, when infected with the measles virus naturally via the nasopharyngeal route, the body produces a Th1 response that externalizes the infection and provides permanent immunity. Fever, rash, coughing, sneezing, etc are signs of the body ridding itself of this infection. Bypassing the normal body lines of defense by injecting a vaccine forces the immune system into an emergency-based Th2 response which serves to internalize the infection. You don’t get the disease but are susceptible to the disease later since the Th2 response results in poor immune memory. So, if a natural, viral (measles) infection results in a Th1 response, why don’t we make vaccines that could elicit the same response.

Adjuvants are often employed to enhance the development of an efficacious specific response. The problem lies within what type of immune response is happening. TH1 is the cell-mediated immune response that happens after naturally acquiring an infection, and then TH2 humoral kicks in with antibodies and ensures immunity, but, they work in tandom. Vaccination uses adjuvants to stimulate a TH2 response, bypassing the TH1, which puts the immune system into a perpetual state of confusion. This can kick in Autoimmunity for predisposed individuals (See the medical textbook “Vaccines and Autoimmunity” by world renowned immunologist Dr. Yehuda Shoenfeld MD).

The vaccination process itself destroys immune capacity by overstimulating the humoral TH2 immune response while never engaging the cell-mediated TH1 immune response. The immune system then stays in a state of agitation, which leads to all sorts of chronic health problems, injury and death. And, never confers immunity (e.g., booster shots are required to create more antibodies - the only measurement of "vaccine effectiveness"). On the other hand, when a child naturally gets an infection a proper TH1 immune response occurs, and then TH2 kicks in, tags the antigens with antibodies and we now have immunity. No need for booster shots.

"What people don't know about vaccines --what most doctors don't know-- but well demonstrated in medical literature, is that vaccines shift your immune system to an immune suppression type of state called the "TH2 shift." That's what most vaccines do. They shift your immune system to a weaker, antibody type immune system... If you're injecting people with so many vaccines that your keeping them in this constant state --that now your switching everyone to this TH2 immune suppression-- then everyone becomes more susceptible [to infectious diseases]... and no one is talking about that. Now, a lot of scientists know that, but they are afraid to speak out because their careers would be ruined."

Dr. Russell Blaylock M.D. Neurosurgeon
The Th1/Th2 balance in autoimmunity.
https://www.ncbi.nlm.nih.gov/m/pubmed/8679122/
Th1 and Th2 lymphocytes in autoimmune disease.
https://www.ncbi.nlm.nih.gov/m/pubmed/15952931/
Another explanation:
"Bypassing the mucosal aspect of the immune system by directly injecting organisms into the body leads to a corruption in the immune system itself where IgA (Immunoglobulin A) is transmitted into IgE (Immunoglobulin E), and/or the B cells are hyperactivated to produce pathological amounts of self-tracking antibody as well as suppression of cytotoxic T cells ‘stealth adapted.’ These are formed when vaccine viruses combine with viruses from tissues used to culture them, or when bacteria lose their cell walls when a person takes antibiotics and transform them into ‘L forms,’ leading to a lack of some critical antigens normally recognized by the cellular immune system.
The mechanism by which the immune system is corrupted can best be realized when you understand that the two poles of the immune system (the cellular and humoral mechanisms) have a reciprocal relationship in that when the activity of one pole is increased, the other must decrease. Thus, when one is stimulated, the other is inhibited. Since vaccines activate the B cells to secret antibody, the cytotoxic (killer) T cells are subsequently suppressed. In fact, the ‘prevention’ of a disease via vaccination is, in reality, an inability to expel organisms due to the suppression of the cell-mediated response.
Thus, rather than preventing disease, the disease is actually prevented from ever being resolved. Thus, the autoimmune disease you develop is determined by which tissues in the body are attacked by auto-antibodies. If the inside lining of the gastrointestinal tract (the mucosa) is attacked by auto-antibodies, you can develop leaky gut syndrome. Crohn’s disease and colitis are also caused by auto-antibody attack of the GI tract itself. If the islet (insulin producing) cells of the pancreas are attacked by auto-antibodies, you develop insulin dependent (juvenile) diabetes.
If the respiratory mucosa is attacked by auto-antibodies, you develop ‘leaky lung’ syndrome where, just as with leaky gut, antigens recognized as foreign to the body which are inhaled are unable to traverse the lining of the respiratory tract, causing the creation of antibodies against those antigens (usually dust, mold, pet or pollen antigens). If the components of the articular surface of the joints are attacked by auto-antibodies, you develop rheumatoid (or juvenile) arthritis. If the kidney tissue is attacked by auto-antibodies, you develop one of the many types of nephritis.
If you develop auto-antibodies against the very DNA in the nucleus of all cells, you develop systemic Lupus (thus, the autoimmune potential of DNA vaccines being developed now is self-evident: worse yet, DNA components from these vaccines can be incorporated into your DNA, leading to actual genetic changes which could cause extinction of all vaccinated life on the Earth). And on and on and on.
The brain and spinal chord can also be attacked with auto-antibodies (vaccine induced encephalitis), leading to a variety of neurological diseases. The most severe of these, leading to death, are sudden infant death syndrome (SIDS) and most cases of ‘shaken baby syndrome.’
If components of the myelin sheath (the insulating covering of nerve fibers which allows proper nerve conduction) or the actual neurofilaments themselves are attacked by auto-antibodies, the resultant condition is determined solely by the location of the damage done. Such neurological conditions include but are not limited to minimal brain dysfunction, ADD/ADHD, learning disabilities, mental retardation, criminal behavior, the spectrum of pervasive developmental disorders (including autism), multiple sclerosis, Parkinson’s disease, Lou Gehrig’s disease, Guillain-Barré, and seizure disorders."
— Rebecca Carley, MD