DO CHILDHOOD INFECTIONS LIKE CHICKEN POX AND MEASLES PREVENT CANCER? 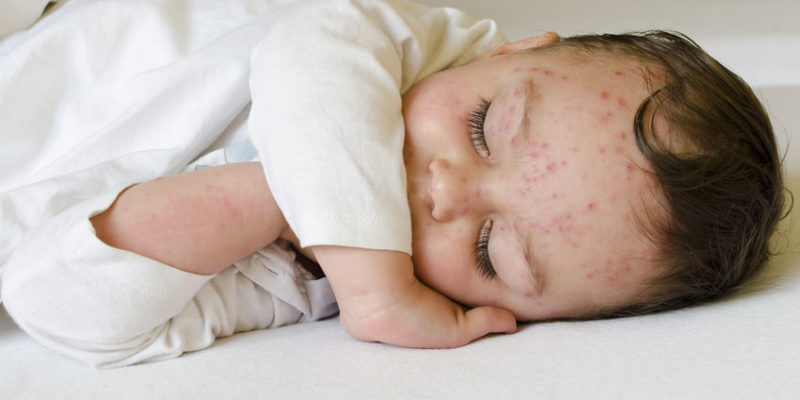 For the immune system to function properly, it is imperative that babies are exposed to bacteria and viruses in utero and in infancy.
Cancer is a disease of immune dysfunction, just like most diseases. When the immune system is damaged from vaccine toxins and false stimulation by unnatural viral and bacterial components injected through a natural barrier (skin), cancer is a possible result.
As a cardiologist, it is interesting to note that measles and chicken pox exposure may lower heart attacks and other cardiovascular risk. Why? Because childhood infections prime and prepare the immune system. Cardiovascular disease is immunodysfunction.
The following is a list of studies that found childhood infections reduce cancer – the second biggest killer of people in the world (right behind heart disease).
Read them carefully. They support the fact that childhood diseases like measles and chicken pox lead to a healthier immune system. The healthy immune system fights off cancer and other diseases. Vaccine toxins and unnatural viral and bacterial components damage the immune system. That’s why you and your children should avoid vaccines.
Febrile infectious childhood diseases in the history of cancer patients and matched controls“The study revealed a lower cancer risk for patients with a history of febrile infectious childhood diseases (FICD). The strongest associations were found between patients with non-breast cancers and rubella respectively chickenpox. A strong association was also found with the overall number of FICD, both ‘classical’ (measles, mumps, rubella, pertussis, scarlet-fever and chickenpox) and ‘other’.”
Acute infections as a means of cancer prevention: Opposing effects to chronic infections“Exposures to febrile infectious childhood diseases were associated with subsequently reduced risks for melanoma, ovary, and multiple cancers combined, significant in the latter two groups. Conclusion: Infections may play a paradoxical role in cancer development with chronic infections often being tumorigenic and acute infections being antagonistic to cancer.”
Mumps reduces ovarian cancer risk                                                                                                                                                               “Prior to vaccination, mumps was generally a mild illness but could have serious sequelae including orchitis and sterility, meningitis and deafness, and pancreatitis. Nevertheless, our study suggests there could also have been unanticipated long-term anticancer benefits of a mumps infection, such as we have described in this paper.” According to the CDC, risk of orchitis and sterility is “rare”.
History of chickenpox in glioma risk: a report from the glioma international case-control study (GICC).“In our study, a positive history of chickenpox was associated with a 21% lower glioma risk, adjusting for age and sex. The protective effect of chickenpox was stronger for high-grade glioma, particularly among those under age 40. Our findings, which represent the results of the largest study to date on this topic, confirm the inverse associations previously reported in the literature on VZV and glioma.”
Do childhood diseases affect NHL and HL risk? A case-control study from northern and southern Italy.“Our findings provide additional support to the hypothesis that infections by most common childhood pathogens may protect against Hodgkin lymphoma (HL) or, at least, be correlated with some other early exposure, which may lower the risk of Hodgkin lymphoma (HL) in adulthood. In addition, our study shows that measles may provide a protective effect against non-Hodgkin lymphoma (NHL).”
Delayed infection, family size and malignant lymphomas.“It is proposed that delayed infection could explain the increasing non-Hodgkin lymphoma (NHL) trends, through an impairment of the Th1/Th2 lymphocyte patterns. The model of delayed infection has been proposed also to explain increasing prevalence rates of asthma.” Th1/Th2 dysregulation is linked to most auto-immune diseases and conditions like eczema and psoriasis.
Risk factors for Hodgkin’s disease by Epstein-Barr virus (EBV) status: prior infection by EBV and other agents.Measles lowers risk of Hodgkin’s lymphoma by up to 68%. Chicken pox by up to 61%.
Day care and risk of childhood acute lymphoblastic leukemia: findings from UK case-control study“These results support the hypothesis that reduced exposure to infection in the first few months of life increases the risk of developing acute lymphoblastic leukemia.”
Early life exposure to infections and risk of childhood acute lymphoblastic leukemia.“Study results on daycare attendance, birth order and infections during the first year of life are consistent with the hypothesis that exposure to infections early in life is associated with a reduced risk of childhood acute lymphoblastic leukemia (ALL).”
https://www.thedrswolfson.com/do-childhood-infections-prevent-cancer/?fbclid=IwAR3m6yPJbR3VlTpqU0KKCh5YKC6LXRbfly6qCU4FlEueTEhIra2Ios4cKGE