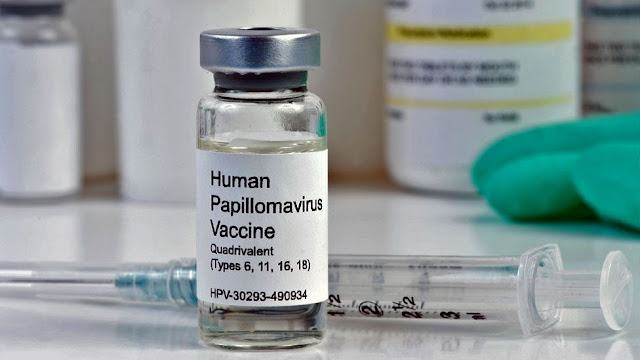 The following are links to data on various adverse events after HPV vaccines from published scientific papers:

These are scientific papers which may assist, but do not specifically tie HPV vaccines to adverse events:

·         Insight into the cellular fate and toxicity of aluminium adjuvants used in clinically approved human vaccinations Chris Exley, et al
·         Evidence of type replacement? IPAK (Institute for Pure and Applied Knowledge)
·         Shift in HPV type prevalence post-vaccination Fischer et al July 2016
·         Review of Gardasil, Harper et al
·         Molecular variants of HPV 16 from 4 continents suggest ancient pandemic spread of the virus and its coevolution with humankind (published in 1992) One has to wonder why humans still exist if this virus is so dangerous. Also notable that this was published prior to the development of HPV vaccines.
·         A summary of the post-licensure surveillance initiatives for Gardasil Silgard Behind a paywall, but worth examining.
·         Reduction in HPV Prevalence – No Evidence to Support HPV Vaccination Reduces HPV Prevalence
·         Review of Gardasil, by Diane M Harper
·         Review: Immunigenicity, and Efficacy of HPV vaccines in Low and Middle Income Countries (Note: the vast majority of subjects were only followed up on formally for 7 days post-vaccination – remainder of follow-up was on ’unsolicited’ events. This most likely means it was up to the recipients to report, if they were so inclined. The other problem is the ’placebo’ used in the vast majority of these trials was not an inert solution.)
·         Transmission of High-Risk HPV between Parents and Infant: a Prospective Study of HPV in Families in Finland
·         Human papillomavirus (HPV) is not the main cause of preinvasive and invasive cervical cancer among patients in Delta Region, Egypt
·         HPV infection and cervical neoplasia: associated risk factors
·         Reduction in HPV Prevalence—No Evidence to Support HPV Vaccination reduces HPV Prevalence
·         Japan: 21 year study to monitor impact of HPV vaccines on cervical cancer
·         Topological conformational changes of HPV DNA bound to an insoluble aluminum salt Dr. Lee
·         HPV vaccines and cancer prevention, science versus activism Tomljenovic/Shaw et al
·         Too Fast or Not Too Fast: The FDA’s Approval of Merck’s HPV Vaccine, Gardasil? Tomljenovic/Shaw
·         HPV Vaccines as an option for prevention of cervical cancer: How effective and Safe? Tomljenovic/Shaw/Spinosa
·         HPV vaccine policy and evidence-based medicine: Are they at odds? Tomljenovic/Shaw
·         The pathogenesis of HPV in the development of cervical cancer: are HPV vaccines a safe and effective management strategy?
·         Gardasil Vaccination: Evaluating the Risks versus Benefits Tomljenovic
·         Prophylactic HPV Vaccines: Current knowledge of Impact on Gynecological Premalignancies Diane Harper/Karen Williams
·         HPV Vaccine: Debate over benefits, marketing and new adverse events (JAMA)

Additional medical/scientific presentations around the globe:

·         Article on reliability of published clinical trials by medical/scientific experts
·         Testimony of Dr. Lee at a Coroner’s Inquest New Zealand 2012

Dr. Authier (data presented at the public hearing, at the meeting with the Senators and at news conferences)

Dr. Hajjar (data presented at the meeting with the Senators and at news conferences, and admitted to public hearing through Dr. Sin Hang Lee)

1)  Dr. Hajjar reported the case of a 16-year-old girl who suffered an acute-onset and permanent bilateral visual loss and a transient left hemiparesis following Gardasil vaccination.
2)  Tumefactive demyelinating lesions and chiasmal neuritis as part of a presentation of acute demyelinating encephalomyelitis were documented by MRI imaging studies.
3)  A brain biopsy was performed on this case to confirm that there was a perivascular infiltration of lymphocytes and macrophages with focal demyelination in the brain tissue, characteristic of the histopathological changes in acute demyelinating (or disseminated) encephalomyelitis as complication of vaccination.

Dr. Tomljenovic (data presented at the meeting with the Senators and news conferences)

1) Post-mortem brain tissue specimens from two young women who suffered from cerebral vasculitis-type symptoms following vaccination with the HPV vaccine Gardasil were analyzed by IHC for various immuno-inflammatory markers.
2)  Gardasil-vaccinated cases showed positive immuno-reactivity for HPV-16L1 antigen in cells within cerebral vessels, with some HPV-16L1 – positive cells adhering to the walls of these vessels and some infiltrating the brain parenchyma. No such pattern of staining was observed with the anti-HPV-18L1 anti-HPV-11L1 antibody in any of the Gardasil-vaccinated cases. Control cases were negative.
3)  Conclusions: The presence of foreign antigenic material in the central nervous system can trigger adverse inflammatory and immune-mediated manifestations. Normally, vaccine antigens are not expected to cross the blood-brain barrier. The finding of HPV-16L1 intra and perivascular immuno-positive cells in the brains of these two cases suffering unexpected and sudden death following Gardasil vaccination is thus of concern.

Dr. Lee (data presented at the public hearing, at the meeting with the Senators and at news conferences)

1)  Gardasil contains residual HPV L1 gene rDNA fragments, firmly bound to the AAHS adjuvant by ligand exchange through the phosphate backbone of the DNA molecule in non-B conformation – a new chemical inadvertently created in the vaccine manufacturing process.
2)   It is well known that aluminum nanoparticles can transfect foreign, bacterial or viral DNA into human cells, especially macrophages, and macrophages can cross the blood brain barrier.
3)   It is well known that activated macrophages, highly immune-stimulated by free bacterial or viral DNA, can produce and release a variety of cytokines, including tumor necrosis factor which is a myocardial depressant and can cause acute inflammation. Human macrophages recognize HPV DNA as a viral DNA (foreign invader), not the DNA from the human host’s own body, and react in a high alert state- a highly augmented reaction which may be very harmful in certain genetically predisposed young girls. We cannot predict which girls will react violently in their heart and in their brain as a result of these activated macrophage activities.
4)    HPV 16 L1 gene DNA in non-B conformation was found in the post-mortem blood and spleen tissue obtained at autopsy of such a sudden unexpected death without obvious cause of death 6 months after Gardasil vaccination. No scientists at the public hearing believe that psychosomatic reactions can cause such death and inflammation of the brain in these HPV-vaccinated girls. Therefore, more research must be performed on the potential toxicity of this vaccine.

Dr. Sin Hang Lee, described his Gardasil research to date, stating:
I have tested 16 samples of the HPV vaccine Gardasil, each of different lot number, from 9 countries, and found that they all contained fragments of residual HPV DNA, namely viral DNA which was used to manufacture the HPV vaccine antigens by a genetic engineering technology.
Furthermore, the viral DNA fragments in a non-B conformation were firmly bound to the aluminum adjuvant in the vaccine by ligand exchange, an inadvertently created chemical compound containing viral DNA which can be transfected into the host cells, namely the human phagocytes and macrophages.
Based on established research, this viral DNA can activate the innate immune system of the macrophages to generate and release cytokines, including tumor necrosis factor in the vaccine recipients.
In certain genetically predisposed individuals, the level of tumor necrosis factor may be high enough to cause hypotension, fainting, tachycardia, unexpected sudden death and acute disseminated encephalomyelitis, namely adverse reactions which have been documented following Gardasil vaccination.
Professor Belec, head of the Laboratory of Virology, Hospital European Georges Pompidou, confirmed the work of Dr. Lee on Gardasil, stating:
We found residual viral DNA fragments, which should not be there. This is true residual contamination, probably related to the manufacturing process. Between 200 and 400 fragments of residual DNA in Gardasil. This is not normal.
What is the meaning? I do not know. Dr. Lee showed us in his work that this fragment was associated with aluminum hydroxyphosphate. This is not any normal way.