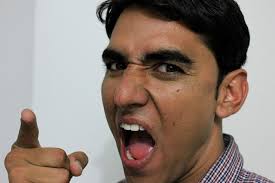 The Measles Rubella (MR) campaign has caused widespread resentment among parents throughout India. The Government admits to deaths and hospitalizations but says they are coincidental.

The whispers of the campaign began after a vaccine behemoth of India accumulated huge unsold stock of the vaccine and found it difficult to dispose. Then the system went on an overdrive.

Has the vaccine been declared mandatory? No vaccine can be mandatory in India unless the Government officially and procedurally declares a public health emergency. Parental concern about safety is being countered by saying the WHO says it is safe. Who funds the WHO? It is hugely funded by the BMGF which along with a conglomerate of pharma companies effectively controls it. The world's largest vaccine manufacturer Merck Pharmaceuticals supplies "free medicines" for its programmes.

What does published research say about the safety of the vaccine? It has been linked to several long term complications. A common consequence noticed in Odisha is extensive rash and high fever - the very symptoms of measles and rubella!

While the Govt is indiscriminately giving it to each and every child without investigating for contraindications, there is also no effort to follow up the vaccinated children to ascertain long term impacts and compensate for death and disability.

The Muslim community fears that the vaccine will render children infertile. While their fears are being brushed aside it cannot be denied that the vaccine has never been tested for either carcinogenicity or for effects on fertility.

There is a huge network of lobbyists advocating the vaccine. What are they gaining from it? Research today reveals measles has a purpose. It protects from many chronic diseases and cancers. The measles virus is being used to treat cancers. Indian doctors also say Indian girls naturally acquire immunity to rubella as they grow up. The impact of the vaccine is also short lived. Thus giving the vaccine to small children serves no purpose unless they plan to get pregnant.

Research on the measles vaccine has shown that when the vaccine coverage increases measles becomes a disease of the vaccinated.

So who is benefiting from this drive? What are the real objectives behind it? One thing is sure; the drive has created tremendous resentment among people against forceful medication in educational institutions. It has also revealed the callousness and carelessness of the system which has been exposed playing second fiddle to the pharmaceutical industry. Perhaps this is the only gain.