Gandhi will always be relevant. 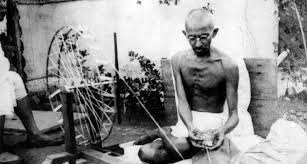 Today as we become more imperfect by the day we love to take down personalities because they are not perfect. We also tend to judge them by our extreme worldviews. A person I feel cannot be judged unless we put ourselves in her/his shoes. Gandhi was a person who went through a tough life and experimented constantly to emerge better from the ordeal. He was as he himself admitted, absolutely imperfect and full of flaws. He made his life and thoughts public so others would learn and overcome such obstacles. In essence he portrayed the Indian concept of the inner life being more important than the outer show. He was a spiritual person who was not afraid of his demons and constantly sought to expose his dark side to light. Spirituality is not about being a good person at all. It is about judging ones own strengths and weaknesses, external circumstances, and then working towards self and societal improvement according to the tenets of natural laws. It is all about putting up a grand fight till ones last breath. Gandhiji was extremely violent by those standards. His fight was not physical but spiritual. We are able to criticize him because he never even pretended to be good. Like Subhash Bose and unlike Nehru he acted from his inner core without bothering about the dominant worldview. Today most of us write about him according to what type of funds flows into our pens. Our best contribution would be to read him intensely and follow what we can without writing anything about him at all. Let us remember the struggler who struggled for the truth to be established within and without. He was a great activist, a great reformer, and a trendsetter. He was also conservative and open to the value of traditional wisdom. He studied deeply and contemplated from several angles before coming to any conclusion. He was ancient India struggling to be modern knowing fully well that modernity would bring more pain in its wake. Read him, condemn him if you wish but do not ignore him. Allow the future generation to read him too in entirety and come to their own conclusions.