Why Buddhism Collapsed in India. 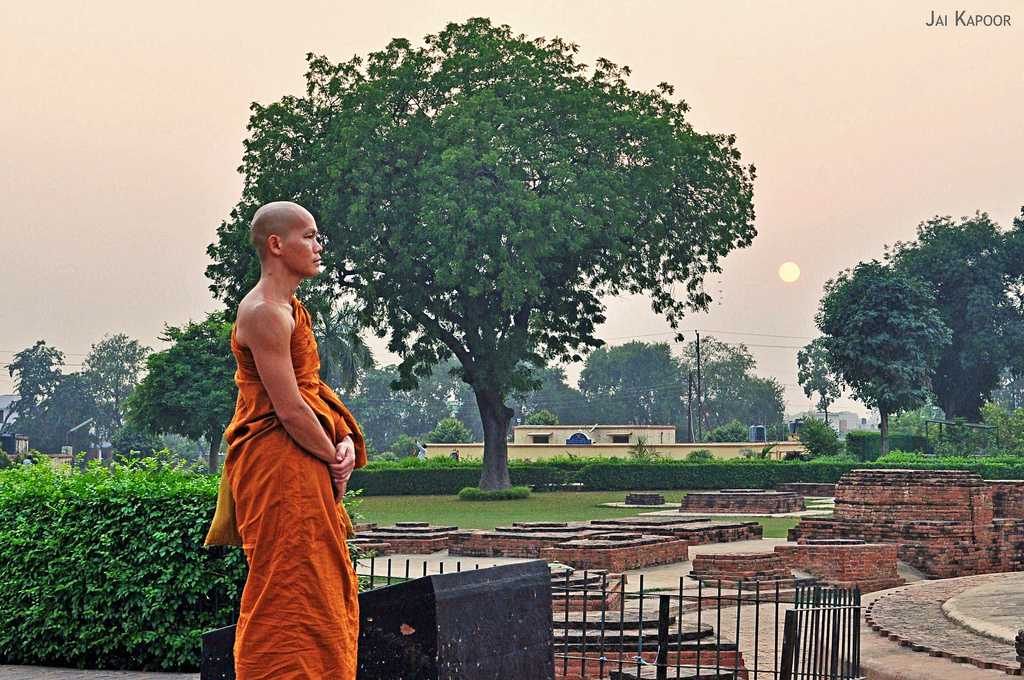 Hinduism is a cauldron of views. It puts society at the centre and views man as a part of it. It also puts man at the centre when that individual is ready to face self.

The concept of Dharma entails both duty and spirituality. By performing ones duty within the ambit of spiritual laws and with requirements of the society in mind one progresses spiritually. If the same is undertaken selflessly without an eye to gain and with equanimity in the face of loss one becomes ready for the truth. When that stage is reached one can exclusively set out for the path. In this way both the society as well as the individual is taken care of.

A king’s duty is different from that of householders and monks. But all three sections can follow the precepts without depriving society of their earnest services. In the individuals life one progresses through initiation, education, household life, and then the life of an ascetic. One needs to balance between dharma, artha, kama and moksha. Thus Hinduism becomes a way of life for each to choose according to innate tendencies.

Buddhism on the other hand is monastic and is suited for mostly renunciates. It imitates the moksha and ascetic stage of Hinduism. Imposing Buddhism in society led to neglect of duty and deficiency in services of the many types of providers. Adopted by kings it led to loss of resistance in the face of invasions.

The one point focus of Buddhism also did not suit all monks and they took to tantra in a big way according to their inner urges. Today Buddhism is mostly about tantra and Buddha's core teachings have been forgotten. Monasteries are about power struggle between the many factions practicing different types of tantra.

Buddhism was heavily dependent on financial patronage of the kings and rich businessmen. At one point of time the support was huge and monks lost sight of the goal. The tantric rites led to their fall as the process required practices involving sexual exercises. Gradually with the fall in integrity of the monks who displayed their tantric powers irresponsibly for personal benefits the Buddhists became a menace to society. The kings stopped supporting them. The invaders whom the Buddhist kings could not keep off finished their monasteries. The people did the rest.

Buddhism is excellent but it has its own pitfalls and it cannot become a mass practice with its core teachings. Its presence is essential in society as the Buddha represents the perfected being. It was thus integrated into Hinduism which has a habit of growing through experience and adoption.