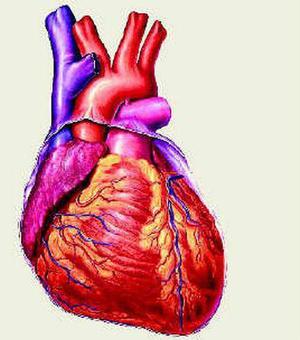 Indians have registered a 50% increase in the prevalence of ischemic heart diseaseand stroke over the period from 1990 to 2016, with the number of diabetes cases climbing from 26 million to 65 million. In the same period, the number of people ailing from chronic obstructive lung disease went up from 28 million to 55 million, according to the ‘India State-level Disease Burden Initiative’ report released on Wednesday.
The proportional contribution of cancers to the total loss of health in India has doubled from 1990 to 2016, but the incidence of different types of cancers varies widely between the States.

The report is a joint initiative of the Indian Council of Medical Research (ICMR), the Public Health Foundation of India (PHFI) and the Institute for Health Metrics and Evaluation (IHME) in collaboration with the Ministry of Health and Family Welfare, along with experts and stakeholders associated with over 100 Indian institutions.
The State-wise disease burden showed that Punjab has been ranked at the top for the burden of ischemic heart disease, followed by Tamil Nadu, and vice-versa for diabetes. West Bengal topped with the largest number of stroke cases followed by Odisha, according to the comprehensive analysis of several major non-communicable diseases (NCDs). Kerala was ranked at the top for the burden of cancer, followed by Assam.
Being overweight was found to be a major risk factor for diabetes doubled in every State of India from 1990 to 2016.
The findings have been reported in a series of five research papers published in ‘The Lancet Global Health’, ‘The Lancet Public Health’, and ‘The Lancet Oncology’, along with a commentary in the medical journal The Lancet.
Professor Balram Bhargava, Secretary, Department of Health Research, Ministry of Health and Family Welfare, and Director General, ICMR, said: “These papers, through detailed analysis, have elucidated disease and risk factor trends for major NCDs, and suicides, in every State, over 26 years.”
He added that while it is known that NCDs have been increasing in India, a major finding of concern is that the highest rate of increase in ischemic heart disease and diabetes is in the less developed States of India.
“These States already have a high burden of chronic obstructive lung disease, and of a range of infectious and childhood diseases, so the control of NCDs in these States has to be boosted without delay,” he said.
The papers showed that the proportional contribution of cancers to disease burden in India has doubled since 1990, but the incidence of individual cancers varies widely between the States, the reasons for which need to be understood better to guide prevention and control of cancer.
https://www.thehindu.com/sci-tech/health/indias-health-report-reads-worse/article24937845.ece
The five Lancet papers reveal a dangerously rapid epidemiological transition. Ischaemic heart disease is the leading individual cause of disease burden in India. The contribution of cardiovascular diseases to total deaths has almost doubled since 1990. The number of Indians living with diabetes has grown from 26 million in 1990 to 65 million in 2016. The incidence of all cancers increased by 28% between 1990 and 2016, with new cases of cancer reaching 1·1 million. Those who suffer with chronic obstructive pulmonary disease have risen from 28 million (1990) to 55 million (2016). And while India is engulfed in this swirling epidemic of non-communicable diseases, the country is also in the grip of a mental health emergency. India could claim 18% of the world's population in 2016, yet it accounted for 37% of global suicide deaths among women and 24% among men. The death rates from suicide in India were 2·1 times higher among women and 1·4 times higher among men than global averages in 2016. Suicide is the leading cause of death among 15–39-year-olds.