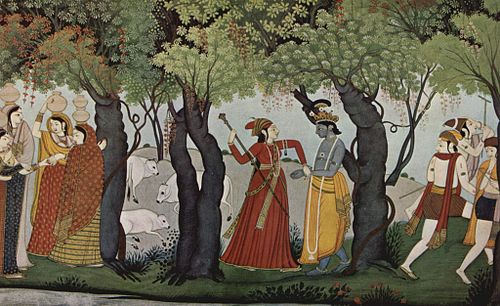 Vegetarianism was never really a fad in India. Meat was plentiful and varied; deer, rabbit and bird meat were favourites. So too was fish. Buffalo meat too was consumed. People were healthy and robust and had a voracious appetite. Eating was an entertainment few could do without.

The Jain movement moved away. The Buddhists too forbade it. Both were religious reasons. Many protested the wanton killings as sacrifices in festivals and started avoiding meat. There were many sections within the Hindu's who avoided meat because it increases passions and was a hindrance to a studious religious life.

It was not that the Brahmins never consumed meat. There were pockets of vegetarianism. Many consumed a little meat if it was offered as a sacrifice. We observe in Eastern India that Brahmins consume both fish and meat. The Sakta movement does not forbid it.

Today's Vegan movement is mostly based on health reasons. Homeopaths know that the miasm Psora cannot tolerate milk. The Sycosis miasm cannot tolerate meat. They are allergic to these. The Vaccinosis miasm induced by vaccines also creates this problem. People have become allergic to many kinds of food due to the assault on the gut microbiome with antibiotics and vaccines. Processed food has magnified the problem.

For people who are not able to tolerate non vegetarian food staying away is wise. In today's industrial diary and meat production scenario the use of preservatives, antibiotics, vaccines, hormones and steroids,has made eating a non vegetarian diet a definite health hazard.

The Hindu obsession with the cow has to be seen in perspective. The cow has tremendous utility. After agriculture became the mainstay the cow was in every home and an asset. Milk and it's associated products were additional benefits. Cow dung and urine are great as fertilizer and pest repellent. Medicinal values of milk and other products became known.

But it was actually Sri Krishna's life as Gopal that catapulted the cow into divine status. People associated it with Krishna and it reminded them of him. There are also references in the scriptures of the cow representing the Earth. Hinduism is an evolving religion. Thus the present view also must be respected and not always condemned.