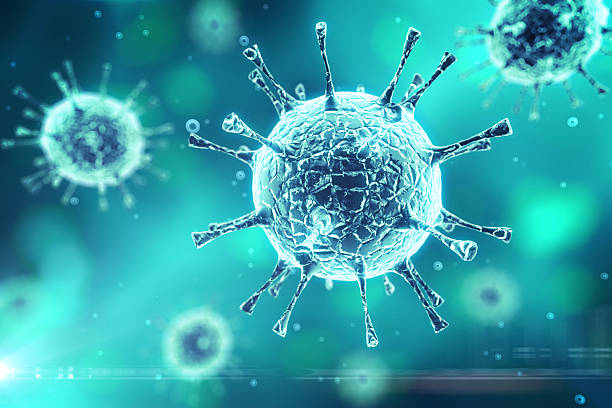 "No one's ever seen a cell adsorb a virus; no one's ever seen a virus enter a cell; no one's ever seen the cell then replicate the parts of the virus; no one's ever seen those parts then combine to form new viruses; and no one's ever seen the cell then release the new viruses. Indeed, no one's ever actually seen a "live", or viable, virus. All of that is true. The entire theory of how they multiply is just that - theory." - Shawn Siegel.
I have pointed out again and again, the entire "virus causes disease" idea is full of assumptions designed to scare people. Rather the scientific opinion points out how viruses (RNA/ DNA containing capsules released by cells) are vital to carry out bodily functions. These are a part of cell communication. Only certain external viruses pose a temporary threat till the body adjusts. And external viruses are what vaccines are introducing in hordes! Human, cow, monkey, pig, mouse, dog, chicken, and insect cells and cell fragments are used with gay abandon disregarding the consequences. The profession that ought to keep people healthy, restore heath, and cure diseases is instead making healthy people sick, pushing us into more misery and actively creating incurable and extremely painful destructive diseases and disorders.
Human beings and other life forms have originated and survived for millions of years without "specialized doctors". Trees, vegetation, animals, birds and other life forms in the wild live full term without chronic disorders and disabilities. How? Life itself is designed to create health and prolong life. Regarding "infectious diseases", there are two sides; external exposure and internal susceptibility. The latter is thoroughly ignored. Why? Because the corporate conglomerate that pretends to protect and treat us is instead doing everything possible to undermine our health. Health and cures are dirty and scary words for these vultures who prey on misery and ill health to grow and profit. And yet they claim they are "scientific"!

What has investigative journalist Janine Robert revealed in her expose, "Fear of the Invisible"?

This book takes its readers on a journey into the very heart of the hunt for viruses - to the key experiments originally performed to prove that these invisibly small particles are the cause of diseases previously blamed on toxins or bacteria and into the latest research. It sheds light on the extraordinary assumptions that underlay much of this research - and on the vaccines that developed from this. The author, an investigative journalist who has researched and produced investigative films for the BBC, American and Australian television, was asked by parents with children severely ill after vaccination, to discover if the medical authorities were hiding anything from them. She agreed, but had no idea how long this search would take. She expected at best to uncover a small degree of contamination. On the ensuing decade-long journey of discovery, she learnt it is not just the added mercury that we have to worry about. She discovered that the top government scientists admit to colleagues that vaccines are contaminated with viruses from chickens, humans and monkeys, with RNA and DNA fragments, with 'cellular degradation products', and possibly 'oncogenes and prions.' They report alarmingly that it is impossible to commercially purify vaccines. They express great concerns, but the public is not told despite the possible consequences for long-term public health. A recent US court decision has linked autism with vaccine contamination. The author cites her sources by name - and gives references and Internet links where they are available. She reveals evidence that the World Health Organisation has discovered the MMR vaccine is contaminated with chicken leukosis virus, but has decided not to tell the public of this, and to continue to make the vaccine with eggs from contaminated chickens. She reports US biowarfare researchers tried to create new agents to destroy our immune systems - and worked on a bacterium to make it a hospital superbug. Did they manage to create HIV? A senior professor told her that the vaccine program was so contaminated that HIV might well have spread though it without any need for military intervention. She set out to find the evidence to resolve this, and to learn how HIV apparently spread so far and fast. She needed to know more about this virus so went to the foundation research widely held today to have found HIV and proved it caused AIDS. She was then rocked to discover that this same research was investigated for scientific fraud for a five year period by powerful US scientific institutions and by Congress,. Why is this not widely known? She found their reports and discovered they found major errors in this research, some so serious that these made it impossible to repeat these experiments and thus to verify them! She reveals the evidence unearthed - reproducing key documents so the reader can assess them for themselves. This is explosive material. In the final part of this book the author reports recent research that is revolutionising biology and offering much hope for the future. These new developments shed new light on the relationships between our cells and viruses. They are not necessarily enemies. Readers may find these new developments radically change the ideas they have held about viruses since childhood. This book has over 500 references and includes several documents unearthed under Freedom of Information legislation.
https://www.amazon.com/Fear-Invisible-Janine-Roberts/dp/0955917727
Dismantling the virus theory - The “measles virus” as an example.
http://wissenschafftplus.de/uploads/article/Dismantling-the-Virus-Theory.pdf
German Supreme Court Upholds Biologist’s Claim that Measles Virus Does Not Exist
https://healthimpactnews.com/2017/german-federal-supreme-court-upholds-biologists-claim-that-measles-virus-does-not-exist/
Virologist Says Measles Virus Doesn't Exist - Offers 100K Reward For Anyone With Actual Evidence
https://www.youtube.com/watch?v=Dxc1adZDnJ4
Louis Pasteur Plagiarist, Impostor & the Truth About Vaccines
http://aetherforce.com/louis-pasteur-plagiarist-impostor-the-truth-about-vaccines/
What we Call a Virus is Really a Poison
http://www.healingourchildren.net/Vaccine/viruses_poison_vaccines.htm
Modern science disputes the fact that viruses are alive
https://www.scientificamerican.com/article/are-viruses-alive-2004/
Are Viruses Alive? What defines life?
https://www.livescience.com/58018-are-viruses-alive.html
The CDC admits that Human Papilloma Virus has never been isolated in culture. In other words, wild HPV has never been seen.
http://www.greenmedinfo.com/blog/hidden-connection-behind-viruses-vaccines-and-cancer