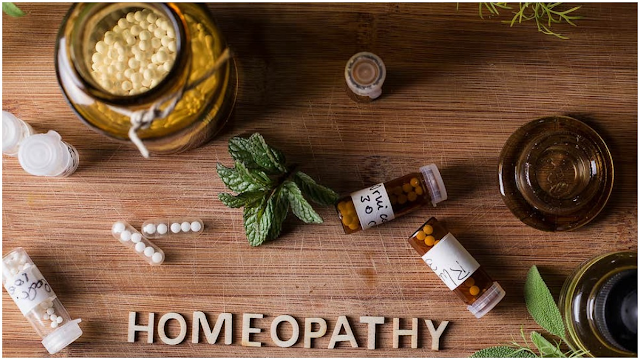 1. What are the physical, mental and emotional aspects of homeopathy?

Homeopathy is based on the philosophy that the body, mind and emotions are not really separate and distinct, but are actually fully integrated. Based on this perspective, a homeopath seeks a remedy that fits all of a patient’s physical and psychological symptoms. Although some people’s symptoms may be complex, a well-trained homeopath will know which symptoms should be specially noted, and can choose an effective, individualized remedy.

Prolonged emotional stress can cause physical problems, like upset stomach, difficulty in digesting foods, poor nutrient assimilation, weaker immune system, sleeplessness, etc. The opposite is also true. Illness and physical problems can result in anxiety or emotional uneasiness. Therefore, it is important for a homeopath to conduct an in-depth interview of a patient to ensure a proper, all encompassing remedy.

2. What are the three levels of homeopathic therapy?

Homeopathy can be used in first aid to safely treat common ailments and occurrences, such as sprains and bruises, minor burns, skin irritations and reactions (including poison ivy, diaper rash and insect bites), teething pain, etc.

Acute health problems are those in which the symptoms will eventually go away on their own. They are temporary conditions, such as colds, flu, coughs, sprains, etc. A homeopathic remedy can be useful and attractive because it is safe, gentle and has no harmful side effects. Homeopathy can also be used to assist sensitive conditions such as pregnancy.

Constitutional homeopathy refers to the treatment of a person as a whole, including past and present symptoms. When accurately implemented, homeopathic constitutional care can elicit a profound healing response. Homeopathy can be extremely effective in treating chronic and long-term health problems. Recurrent ear infections, for example, can be treated with a homeopathic remedy for a longer period of time to strengthen the body’s immune system and to prevent future occurrences.

3. What is the relationship between symptoms and homeopathy?

Symptoms are the language of a disease — the body’s attempt to balance itself. Without symptoms, a person could have a potentially life threatening illness with no way of identifying it. There have been many cancer patients who reported that they hadn’t suffered from a cold or flu in years prior to their diagnosis. The explanation was probably not that they didn’t have infections during this period, but more likely that their bodies were unable to fight these infections by producing necessary symptom indications.

Many conventional drugs try to inhibit and suppress symptoms — sometimes leading to even more serious symptoms. Conventional (allopathic) physicians do not usually recognize the new series of symptoms as being related to the old. Thus, they treat them as new and unrelated problems.

Did you know that a fever is the body’s attempt to activate the immune system’s white blood cells and defend itself from infection? If a person is given a symptom-supressing medication — fighting the fever — too soon, they will be less able to fight the actual infection.

Homeopathy does not seek to remove or suppress symptoms. Its goal is to recognize and remove the underlying cause of these symptoms. This is why a homeopath will work toward understanding the whole person — including their body, mind and emotional state — before prescribing a remedy.

4. Can such small doses be effective?

Homeopathic remedies are indeed very small doses. However, they are specially prepared doses which undergo a specific process — including dilution of ingredients (called potentization), as well as a vigorous shaking (succussion).

Specially formulated homeopathic remedies are thought to resonate with the body, triggering a positive healing response. This response gently, and effectively, heals from the inside out.

The documented results from thousands of experienced homeopaths, and from millions of their patients, clearly show that these small, individualized doses produce profound health benefits.

5. How can the correct homeopathic remedy be found?

Finding the appropriate homeopathic remedy depends upon gaining a complete understanding of the patient as a whole person. This means that the homeopath must take note of the physical, mental and emotional levels of each person before deciding on a correct remedy.

Homeopathic remedies have been described as "designer medicines." While this might seem like a simplistic and trendy view of homeopathy, it is true that remedies are specially "designed" for individuals based upon their unique, and sometimes complex, state of being.

Take for example migraine headaches. We could easily demonstrate that one person might have pain on one side of their head, while another person had pain on both sides. Still another person could have nausea accompanying the migraine, and yet another could have dizziness. It is important to recognize that, in addition to the person’s physical symptoms, there are underlying psychological and emotional aspects as well.

Homeopathic remedies are only given when the total continuum of physical and psychological symptoms has been identified.

6. What is the difference between homeopathy and conventional medicine?

Homeopathy is based on a"whole person" approach. In homeopathy, the remedy or treatment program is customized and individualized to the patient, with the intent of removing the underlying cause.

Conventional (allopathic) medicine usually relies on treating a patient’s physical symptoms. This treatment might also assume a person’s symptoms need to be controlled, suppressed or eliminated.

The difference may be stated in a simple analogy: eradicating the "symptom" of a car’s low oil level (the warning light) does not change, or remedy, the cause of the signal (low-oil).

Goals of the Homeopathic Approach

The Homeopath’s Role as "Detective"

It has been said that the work of the homeopath is to observe the patient, process and reflect on the gathered information, and then determine the underlying disturbance. This process can be thought of as a mystery, wherein the homeopathic "detective" attempts to discover where the flow of energy in the body has been blocked or impeded. Each signal/symptom offered by the patient can be thought of as a clue to determine the correct remedy. The patient’s eye contact, body posture, breathing patterns, voice quality, and expressions are also noted as potential clues. Next, the data must be reconstructed, as it might be in a mystery novel or movie.

When all of the information about the patient’s physical, mental and emotional symptoms has been documented, then the final search for the answer begins. Unlike a detective — or medical physician for that matter — the homeopath’s goal is not only to remove the symptoms, but also to eliminate the essential causal problem by stimulating the body’s natural curative powers. This is the reason for obtaining such a detailed analysis of the patient.

The Homeopathic Treatment The goal of the homeopathic treatment is to encourage the body to return to a natural state of balance and health. Like the missing pieces of a puzzle, homeopathic medicines help "fill-in" the gaps in the body to stimulate a person’s own healing potential and energies. When this occurs, the person will have access to the body’s natural strength and wisdom, so that more conventional medicines and chemical-based substances may not be needed.

If you think you must "believe in" homeopathy for it to work, you need to know that it is not a placebo effect. Here are some powerful examples:

Infants: Homeopathic remedies and treatments are successfully used by parents for common infant ailments such as colic, teething pain and some infections.

Animals: There are many veterinarians using homeopathic medicines to treat domestic pets such as cats, dogs and birds, as well as barnyard animals like goats, horses and cows. Is it possible to have a placebo effect with animals?

The Plant World: Yes, there is a branch of homeopathy called agrohomeopathy that treats trees, plants and crops successfully. The placebo effect cannot work here.

Millions of people across the world use and rely on homeopathic remedies. Today there are a rapidly growing number of conventional medical doctors using homeopathic medicines, including:

Moreover, in many European countries there is a growing trend of medical doctors referring patients to homeopathic physicians.

8. What is the patient's role?

While it is the homeopath's job to elicit relevant information by asking probing questions, the patient can expect a higher chance of receiving an effective homeopathic remedy if he or she is open and truthful in describing their physical and psychological symptoms. It is also important to be observant of the changes taking place in your system. To that end, you might want to keep a journal or notes on any noticeable changes or shifts in your symptoms or health.

Another important thing to remember is that it is wise to avoid any substances that might interfere with your remedy. Certain substances have been found to reverse (&qout;antidote") the effects of homeopathic remedies and medicines.

It is suggested that you avoid the following substances, practices and items to insure the best response from your remedy:

Stress, which can lower the resonance of a homeopathic remedy

The Follow-Up Visit Generally, the homeopath will schedule follow-up visits approximately four to six weeks after the first interview and remedy prescription. In simple cases, a patient will feel significantly better after the first treatment. The follow-up visits are used to determine what additional methods or remedies are required. In some cases, it may be required to use more than one remedy sequentially so that balance and full health can be restored.

Traditional homeopathy only applies one remedy at a time. What you will experience when you receive the correct remedy can include the disappearance of specific symptoms, more energy, stronger immune system functions, and a sense of increased well-being. Homeopathic treatments have rapid and far-reaching effects. Even if the changes require time to develop, they usually are long-lasting.