What if HPV does NOT cause cervical cancer? 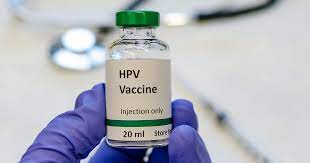 This hypothesis states that HPV encodes proteins which cause cancers as the virus replicates.  Having common transforming proteins, all cervical carcinomas would be more or less the same if this were accurate.  Since viral proteins are foreign to humans, viruses, virus-infected cells and possibly virus-transformed tumor cells would inevitably be immunogenic and as such eliminated by the host’s immune system within weeks to months after infection.
This is the reason why HPV-induced warts are eliminated by the immune system within weeks to months after infection.
This hypothesis raises four questions:
Despite over 25 years of research on the HPV causes cancer hypothesis, there are no direct answers to these questions.
Instead poorly defined “co-factors” are mentioned as “collaborators” of HPV in the causation of carcinomas.  Poorly defined cellular mutations are mentioned as the causes of the cervical carcinomas of HPV-negative women.
Moreover, about 30% of cervical cancers are virus-free.   In these cases the virus couldn’t even theoretically be responsible for the cancer.
Sandy Lunoe writes:
RANDOM THOUGHTS ABOUT HPV AND CERVICAL CANCER
The excellent article “What if HPV does NOT cause cervical cancer?” is a true eye-opener. It describes the karyotypic speciation hypothesis which, when compared to the “HPV-cervical cancer link” hypothesis appears to be far more logical. It certainly provides satisfactory explanations regarding questions which hitherto are unanswered.
From the very beginning, HPV vaccines have been enveloped in a shroud of unanswered questions. Now, perhaps the most relevant of all is being asked: Whether HPV is the cause of cervical cancer. It is surely the most pertinent question of all and the one with which proponents of the HPV vaccine industry may feel least comfortable.
http://www.robertscottbell.com/blog/hpv-does-not-cause-cervical-cancer-dr-peter-duesberg-void-vaccines-hospice-message-dr-frank-king-hypothyroid-weightloss-fitness-more/
In this video Dr. Peter Duesberg explains that 70 – 80 per cent of the US population, males and females, are infected with HPV. Traces of fragments of viral DNA remain in their bodies after HPV infections for the rest of their lives. These fragments are not active or living. They are non-immunogenic fossils resulting from HPV infections which have occurred many years ago.
It is the presence of these fossil fragments which have been observed in cervical cancers that have been declared to be the cause of cervical cancers. However, proof of this connection has not been reliably verified.
The question asked as to why these cancers have first appeared several decades after HPV infections and not long before has not been satisfactorily answered.
The fossil fragments have been observed in cervical cancers but not in all, yet the cancers which do not show the fragments have exactly the same appearance. The virus could in no way whatsoever have been the cause of these cancers.
It is therefore natural that proponents of a causal link between HPV and cervical cancer maintain that HPV is not the sole cause of cervical cancer and that there must be one or several co-factors. There has been minimal interest regarding deeper investigation of co-factors .
So this is the question: “What if one or several co-factors are the SOLE cause of cervical cancers and not HPV?”
A meeting at the FDA was held in September 2012 to discuss appropriateness of cell lines derived from human tumors for vaccine production.
https://www.scribd.com/doc/246682536/FDA-Meeting-Human-Tumors-for-Vaccine-Manufacture
This comment made by one of the participants gives a hint of uncertainty regarding co-factors:
However, even tumor induction by acute oncogenic viruses requires additional oncogenic events. The best example is the Human Papillomavirus, where even infection with a high risk of Papillomavirus types is not sufficient to induce cervical cancer. Mutation in other genes and perhaps also epigenetic events are required. If a single infection-induced cervical cancer after infection with HPV, say, 16, then teenagers will be getting cervical cancer. And as we know, cervical cancer is a disease of older people.
These random thoughts are like pieces of a jigsaw puzzle. They are slowly finding their place and the picture is becoming clearer. It is imperative that this most important piece now be addressed: Has the gigantic “HPV vaccine tower” been built on a scandalously faulty foundation?
However, many investigators acknowledge that HPV is not sufficient to induce cervical cancer and that a multifactorial etiology is likely. HPV can be found in a growing proportion of patients with cervical cancer, approaching 100%, but is not yet found in every patient with disease. Other factors, such as herpes simplex virus type 2 infections, cigarette smoking, vaginal douching, nutrition, and use of oral contraceptives, have been proposed as contributing factors. https://www.medscape.com/viewarticle/515768