What is the role of a Guru? 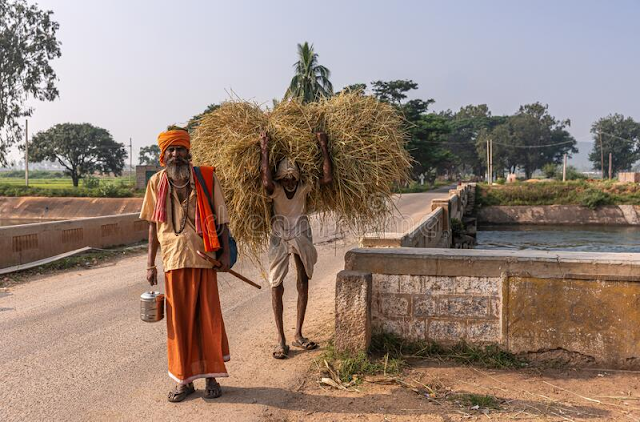 Today we witness Guru's heading huge empires. Mahasambhuti Chakradhar was of the opinion that the role of the Guru is limited to instructing the disciple on how to attain the Supreme state. He commented that today Gurus have taken over the place of the Supreme instead. The Guru has become everything. The Supreme is forgotten. The Guru is entangled in the world. How can he show the path to freedom? The disciple gets nothing from such a Guru.

Sri Ramana Maharshi was never in favour of anyone worshipping his mortal frame. At his death bed he was not happy that his devotees were mourning. "Where am I going, he said, I am everywhere."

In India the Monks used to travel the entire length and breadth of the country; penniless and with just a few belongings. They did not stay at any place. Many preferred the shade of the trees. The dictum was the monk should always be travelling and live without a roof over the head. Only in the rainy season were they allowed to live in any monastery. Here they studied the texts and listened to spiritual discourse. Then they set off again.

The people approached such mendicants for spiritual initiation when they took rest in the village orchards or temples. The Guru gave the Mantra and few instructions, some advice, and the next day he would be gone. People sincerely practiced whatever was told and many received salvation.

Will such days come again? Probably not. Mahasambhuti Chakradhar has told us about the new arrangement. The extensive Temple based religion would disappear. There would only be two Temples, one yellow and one white. There would be no Monks. All would be householders and work for the society. There would be no Gurus like of today but Sages would work along with the people and deliver Brahma Gyan; knowledge of direct contact with the Supreme. There would be no caste system. All would be equal. There would perhaps be cooperative systems for livelihoods and income would probably be shared. This system would last for 1000 years. Then the world would revert to its own ways. It is important to keep this in mind and utilize those 1000 years to the maximum.

Many great souls would take birth around 2035 (probably another calendar would start post destruction). Great sages would descend after 200 to 250 years to again revive the lost spiritual knowledge which they would retrieve from the akashic records. It is they who would declare the advent of Mahasambhuti Chakradhar into this world. Chakradhar had forbidden us to publicize him. We are breaking protocols by doing so.

The Supreme always tries his best to remain hidden. He remains as the witness with the welfare of all in mind.