Hindu at the crossroads 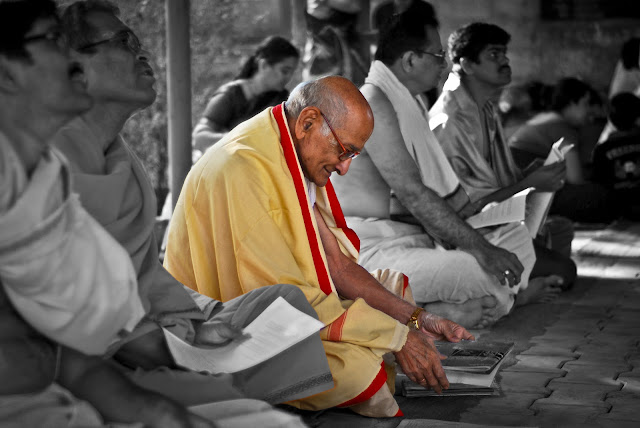 Though I have written the word Hindu here, it actually applies to people of all religions. All are pained at what is happening and feel helpless. Those religious fully understand how people are being led to the slaughterhouse.

I have often posted on how breaking down the old world order was the prime target of the secret societies whose sole intent is to abuse natural laws, dominate, reduce population to a manageable level, and keep the rest enslaved under the most horrific conditions imaginable.

To facilitate the above;

- They demeaned religious institutions and structures

- They divided society by fanning discontent and creating class divisions

- They sponsored and encouraged people to create divisions in society

- The hardliners in both religion and social matters are easily distinguishable by their disinclination to sit at the negotiating table. It is obvious that they fear annihilation if issues are resolved amicably

- They derided the concept of families. First they targeted joint families by ensuring industrialization separated the members, then they played with the concept of marriage itself. Devoid of family bonding and the supervision of elders people became easy prey to the new dispension

But the most devilish attempts were;

- Introducing a new system of drugging people that completely transformed society by corrupting bodies and minds and reducing subjects to the level of animals. Those who have studied medical history know this is deliberate. Everything was done fully knowing the consequences

- Introducing new age religion and sponsoring Gurus of all shades who have amassed huge following. They have not only played with the precepts but also hijacked religion itself with their own brands. These Gurus are now gathering to usher the new world religion. Their followers will meekly accept what is coming and also fail to recognize the AntiGod when he takes over the reigns

What does the religious do now?

- This is the time to fight the nefarious

- This is the time to assert the value of original religions

- This is the time to expose the charlatans

- This is the time to forget political differences

Those who are engaged in taking forward the international agenda being pursued by agencies like the WEF, WHO, UN, World Bank, IMF and such other institutions, those engaged in the IT sector, should pause and think about the consequences of their actions. They are being promised a new equitable society. But beware! It is the false dawn that many religions have warned about.

The next few years will be hell. Those who are helping build that hell will suffer much beyond these few years. The wheels have started to turn.

Many are of the opinion that there should be no delay in the destruction that is to come. It will save people from needless suffering. But the invisible world works differently. It needs to resolve all issues before pulling down the curtains. Nothing will be allowed to spill over to the next civilization.

Hindus are looking forward to the Kalki Avatar. Many are keenly observing the predictions that herald his presence. I have written about the Temples of Rajasthan that are showing signs. The prediction of Veera Brahmendra Swami that Kalki's presence will be known when during the end times a lady will become the king of India has already been fulfilled. The prediction of Swami Achyutananda that Kalki's presence will become evident when the iron pillar (Aruna Stambha) in front of the Jagannath Temple disappears is also on the verge of fulfillment as the pillar has developed serious cracks.

But Kalki will need fighters, not devotees. How many are willing to sacrifice their lives? Time will tell.

We have a horrific Mahabharata situation now. As Chakradhar has predicted the war will reach every home and every person. All will be forced to fight. The fight will not be limited to the battlefield. Already the signs are clear. The snares that are ready to enslave us are visible now.

You will die anyway. Very few will survive. But do take this opportunity to fight for what is right just as Arjuna was told before the war.

Be the Arjuna not the Duryodhan.