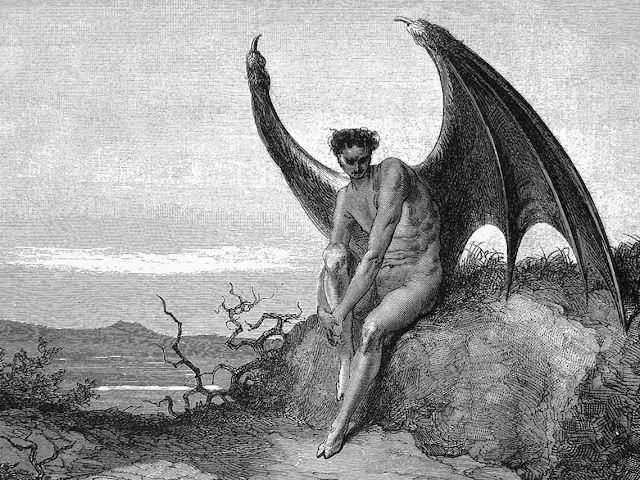 They know they are lying. They know they have to lie. This is the price of full allegiance to a power that has enabled them to prosper and reach the positions they are in.

Lucifer is the mirror image of God. He is the most powerful force of the visible world that can destroy all natural laws. Once he takes over lies replace the eternal truth. That eternal truth is our home.

Many get irritated when I raise the subject of spirituality and religion. They feel I am anti-science. I am indeed anti-science; the science that seeks to replace the most scientific act of all times - the laws of nature and creation and the inherent goodness of man.

It began by convincing us that Dharma is an outdated concept. It highlighted negativities in its practitioners and projected them as the real face of Dharma. It sent agents to corrupt Dharma and highlighted the corruption to influence all. But the Dharma is much beyond any negativities. It remains untouched as it is beyond the reach of Lucifer. Lucifer can only distort the mirror that reflects it.

The arms of those who decided to abandon Dharma were strengthened. Attracted by the affluence and power of those who did so many joined the ranks. They now occupy all the positions of power. They are everywhere. They are programmed to obey. They are sworn to lie. A lie is more powerful than the truth during the reign of Lucifer. He feeds on lies as they go against the truth - the strength of God.

The religion of Lucifer is now out in the open. Soon (very soon) you have to formally submit to it to enter the new world. That new world will have a human ruler. He will be projected as the saviour. People will rush into the trap as the falsehood is appealing and they have been detached from their own conscience and pure intellect. He will make promises that will be too alluring to refuse.

These are testing times. This is the time when the grain will be separated from the chaff. The scientific, the secular, and the atheists will adopt to the new religion like fish to water. It will seem very natural and logical to them to embrace the falsehood simply because it has been named science.

Why does not truth surface? This is the time allotted to falsehood. The truth has sworn to stay away and allow the falsehood to play. But the play of falsehood without the rein of truth to restrain it is in itself the path to the destruction of falsehood. Truth is the binding force that keeps the world together. When falsehood reigns supreme, it seems to flourish for some time and then everything falls apart. The Sphinx has risen. The Sphinx has also embarked on the path that will crumble it to the dust. It will take down those who choose to ride it.

Humans have been corrupted. Human leadership no longer remains the viable option. Be wary. Be alert. What exists within you is your true leader. The visible world is a false entity.

(All images are taken from the internet) By Jagannath Chatterjee,  National Advisor, Awaken India Mov…