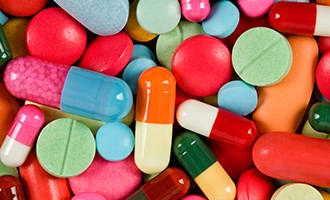 If you think medicine is a science you are mistaken. Consider these facts;

- Medicine is the largest industry in the world. Pharmaceutical drug revenue alone is $1.25 trillion per year. Device sales have revenue of $ 50 billion a year. All factors considered the revenue could be $2.5 trillion annually. It is therefore extremely powerful and all pervasive

- It is also the most corrupt. The World Corruption Report by Oxfam found it to be the most corrupt industry two years in a row. The reports were shut down and purged from every platform. But Oxfam continues to report the shenanigans of the industry

- The medical doctors and scientists barring a few are not independent. They depend totally on the system for their salaries and consultancy work

- The scientists mostly cannot do any independent research. They have to depend on the system and come out with solutions that suit the industry. Those who research herbs and other natural products including natural minerals find their research condemned to the dustbin

- Scientists who do the trials often suffer undeclared conflict of interest. In many cases industry employees conduct the research after resigning and then rejoin after the research is complete

- The institutions that conduct research know they need the industry assignments to survive. They know the price they have to pay for a negative report

- There are numerous instances where drugs based on such research has caused huge deaths and adverse effects and the companies have gotten away by paying pittance as fines. The net results are huge profits

- The industry is known to invent diseases to sell drugs. Outdated drugs are routinely repurposed for other diseases without solid evidence. Drugs are minimally changed to renew patents after expiry. The strategies are endless

Science does not survive in such an atmosphere; and what about results?

- This science has converted acute self limiting illnesses into chronic degenerative diseases. As per a BMGF report 95.4% of the population is sick. As per another report 54% of children suffer from chronic diseases

- It considers cures to be quackery and believes in disease management

- It knows nothing about health. The real determinants of health are not a part of the curriculum

- And most important, health depends on natural laws. It can never emerge from laboratories

As per Prof John Ioannidis he often finds difficult to believe 1% of medical research. Dr Richard Horton says hardly 15% of medicine could be trusted. Dr Hegde says the opposite of what modern medicine proclaims is true.

Modern medicine is not the product of medical minds. It emerged from the Rockefeller Institute of Medical Research, the camps of Auschwitz, and is currently under the benign gaze of the corporate philanthropist we know as Bill Gates. He talks of disease outbreaks with glee and how they will kill millions.

The system is harsh not only on patients but on doctors also! Many a good soul has been persecuted for daring to expose the truth. Many have lost their lives suicided with double gunshot wounds. The medical world is terrible and doctors know they can survive only if they bow to the system and obey its diktats. Surveys about satisfaction in work within the medical community reveals 94% of them are dissatisfied. Satisfaction can come only if patients are cured. A doctor’s happiness can only result from making people healthy.