Time to admit the germ theory is wrong and without basis 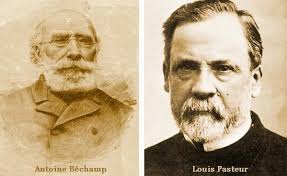 People find it difficult to accept the assertion that germs and viruses cannot cause disease. Doctors shy away from this truth because the entire structure of medicine depends on this assumption. If this assumption is proven false everything becomes false by association.

Recently while introducing his latest book, "Contagion Myth: Why viruses cannot cause disease", Dr Thomas Cowan, MD confessed, "For 40 years I avoided confronting this issue. That is what everyone does." In his book Dr Cowan has tackled many questions and has been able to satisfy the reader regarding the falsity of the germ and virus theory and revealed the actual causes behind disease and epidemics.

We are made to fear germs and viruses because we have been taught an improper understanding of disease. We have trillions of such organisms in our body. They outnumber human cells 10 to 1. And they are all beneficial for us; performing vital functions, working towards preserving and maintaining life. Life is not possible without them. They not only take care of our bodies, they are also behind our moods, emotions, and cravings.

Our gut bacteria define us. The gut is called the primeval brain because of them. The devastating condition called Autism is what happens when the gut is seriously damaged by the favourite intervention of pediatricians.

Bacteria within the body take part in all activities including detoxification. *The detoxification takes the form of illness and is perceived as disease*. It expresses itself as acute elimination symptoms like fever, inflammation, colds, cough, diarrhoea, dysentery, and skin eruptions. These illnesses are beneficial when needed. In pre criminal medicine days, people took rest and either fasted or took a liquid diet and recovered naturally. The intensity of the illnesses depends on the extent of toxic accumulation within.

We suffer because of toxicity within and in our environment, not because there are germs and viruses out there to make us sick. Dr Antoine Bechamp stated while opposing Pasteur, "We do not catch diseases." Pasteur ultimately confessed in his death bed that the terrain theory proposed by Bechamp was right. His diary revealed how he injected animals with arsenic and mercury to make them sick and thereby prove his germ theory.

The full statement of Bechamp is, "We do not catch diseases. We build them. We have to eat, drink, think, and feel them into existence. We work hard at developing our diseases. We must work just as hard at restoring health. The presence of germs does not constitute the presence of a disease."

What the germ theory did was disturb the process of detoxification by targeting the beneficial organisms and thereby abort the detoxification process. Repeated suppression of elimination symptoms and use of extreme toxins deplete the vitality of the body (the powerful intelligent energy that guides and conducts the process) and the body then develops chronic disease and proceeds towards the cancers we currently fear.

Despite all the bravado, till date no germ or virus has ever been conclusively proven to cause any disease. Goalposts are constantly shifted to justify the association. Consequently we have "asymptomatic carriers", people carry these 'dangerous' organisms within themselves and stay healthy! If a court case is filed and the system cornered, it will not be able to furnish absolute proof that a virus is active and is causing any disease.

What we are witnessing is acute diseases that are trying to shed the toxins that have become a part of our lives. For many with chronic diseases this is a desperate last ditch attempt by the body to rectify itself. Instead of strengthening the vitality and assisting in the process, strong medications are being used to abort it. No wonder the body is going into a tailspin and giving up the ghost.

In modern times the hunt for germs and viruses picked up steam with the polio epidemic. It was caused by DDT and Arsenic use in agriculture, malaria eradication drives, and home sanitization. However DDT was a highly profitable Monsanto product. Blaming it was sacrilege. Therefore a "philanthropy" called The March of Dimes spent a good sum of money to hunt for a virus. A virus was traced but when injected into monkeys it obstinately refused to cause paralysis. This minor problem was solved by drilling open the skulls of the unfortunate animals and pushing diseased matter obtained from the spines of paralyzed subjects into their brains. The monkeys fell sick and the virus causes polio hypothesis received laboratory confirmation.

Since then viruses have protected pesticides, industrial pollutants, junk food, and extremely toxic drugs and vaccines from blame by taking on all the responsibility for causing diseases. It has also opened up more avenues for "treatment". Currently we have annual "viral epidemics" that bring in trillions for pharmaceutical companies.

Scientific medicine aptly called pharma (derived from pharmakeia, Greek for sorcery) is behind our modern day epidemics of chronic diseases simply because all the natural laws of health have been inverted. We are doing the exact opposite of what ought to be done to ensure good health and vitality.

What about Infectious disease?

With Pasteurs germ theory and the later discovery of more minute particles termed viruses (Latin for the word toxin) came the concept of infectious disease. If you go through medical archives you will find statements like, "We should completely sanitize the body of germs." This insane idea forms the basis of scientific medicine. Nothing has changed.

Dr Antoine Bechamp, MD who scoffed at the germ theory even as it was proposed asserted people did not "catch" disease, they were sick due to other factors like lack of nutrition and sanitation. But the idea caught on because the hunt for bacteria and viruses enabled the hunters gain name, fame and riches. It was another gold rush.

The germ and virus theory has benefitted the corporate world who manufacture toxic products and kept afloat the Rockefeller brand of medicine that thrives on toxic chemicals.

What really happens? Throughout history people have fallen sick due to the following reasons;

- Popularization of refined food like white flour and sugar. With mechanization age old practices were curtailed and food processing changed to include chemicals and speed of production rather than ensuring nutrition became the norm

- The extensive use of the small pox vaccine saw waves of never before observed diseases. Syphilis, tuberculosis, cancers, mental disorders, neurological disorders, leprosy eczema psoriasis, diphtheria, whooping cough, tetanus became the norm. Plague was linked to the vaccine and it was also suspected to be behind cholera outbreaks

- The introduction of electricity, radio waves, and EMF disturbed the electric energies of the body and brought in global disturbances in health

- Currently we are exposed to 83,000 chemicals, extreme pollution, junk food, pesticide laden and GMO food, sedentary lifestyle, interventions in pregnancy, childbirth, extensive vaccination of infants and children, and cell phones have become a part of our body

But all these factors do not cause disease. We must fear germs and viruses because they are causing "infectious diseases"! We must adopt options like masks, sanitizers, lockdowns and shutdowns instead of rectifying the obvious anomalies and ensuring immune strengthening measures, nutrition and livelihoods.

Let us throw this system out, ban its experts from proclaiming their views, and stop approaching its practitioners at the drop of a hat. Our lives and health are more important than the profits of the pharmaceutical industry.