Fact: We are sick due to toxicity 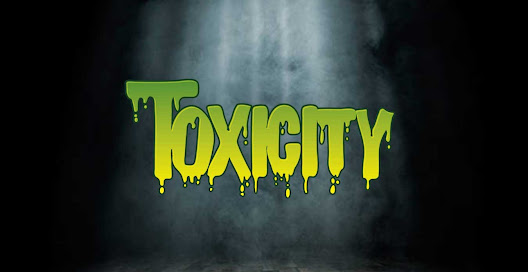 Many of you have written to me asking how such a situation has developed. In trying to explain I will begin by adding to the consternation.

Ever since Pasteur came out with his germ theory, and later we developed the knowledge of the virome, doubts have been expressed regarding the role of germs and viruses in disease. Dr Antoine Bechamp, MD was the first to counter with his "Terrain Theory". He stated that our thoughts, actions, diet, and lack of sanitation led to disease and germs appeared after the disease to clean up the waste. "The waste heap attracts the flies, the flies do not cause the waste heap".

Dr Stephan Lenka, MD has similarly challenged the virus theory, and famously won a court case where the existence of the measles virus could not be proven. Scientists have drunk glassful of cholera bacteria (Dr Claude Bernard) and injected themselves with the AIDS virus ( Dr Robert Willner) to prove that bacteria and viruses do not cause disease.

Then what causes disease? Sample these;

- There are 60 million known compounds based on those 84,000 chemicals

- We are exposed to more than 700,000 toxic chemicals on a daily basis

- These toxins bioaccumulate in the body

- In addition you are exposed to electricity, wireless, radio waves, EMF every second

- You eat junk food every day. Your usual food is poisoned beyond belief

- Now GMO foods have appeared on the scene

- We treat our toxicity induced ailments with more toxicity. We have 4051 approved drugs, 2646 approved small molecule drugs, and 6400 experimental drugs. There are drugs and drug combinations beyond this. These drugs not only add to the toxicity but they impair the body's ability to eliminate toxicity and repair itself.

Throughout history people have fallen sick due to the following reasons;

- Popularization of refined food like white flour and sugar. With mechanization age old practices were curtailed and food processing changed to include chemicals and speed of production rather than ensuring nutrition became the norm.

Thus there are many reasons why we are sick. But try telling that to a medical professional. To those who have a medical degree, there is nothing beyond germs and viruses.

Thus if the germ and virus theory has to be questioned, we have to also question the concept of infectious disease!

What is really happening? The simple fact is; the entire population of the globe is sick due to toxicity and the body is trying to shrug off that toxicity using elimination symptoms like fever, inflammation, cold, cough, diarrhoea, dysentery, and skin eruptions. If you consider all the symptoms ascribed to the virus, you find them here. They are toxic elimination symptoms.

What about the immune system overreacting? Our immune systems have been thrown off track by the many vaccines we have been subject to, and made more precarious by the annual flu shots.

What is killing people? The treatment is killing people. The immunosuppressive drugs, the high dose antiviral drugs, the malarial and anti parasite drugs, the antibiotics, and the ventilators. The people are already suffering from many comorbidities. You subject that population to these drugs and they will die. The treatments are a massive clinical trial approved by the WHO and the deaths have been incentivized. We are witnessing deaths only in hospitals, and only in people who choose this brand of medicine.

Our medical professionals are a misguided lot. Their education and the protocols they follow has led to this crisis. The planners (bankers & philanthropists) have weaved their illusion around this to bring down economies, depopulate, usher in the global reset, and bring in the New World Order.

What can be done? We need to see through the constant barrage of misinformation. We need to switch off the TV, stop reading the muck published in newspapers and disregard those experts who are strengthening the false narrative. It is important to understand that the flu is a detoxification strategy of the body. We need to tackle it with rest, fasting, hydration, and aiding the elimination process by tapping the vitality and strengthening the elimination organs.

If we fail to do this people will continue to die and the pharmaceutical sector will use those deaths to push in even more toxic products. They will blame the virus for the consequences as they have always done.