Vaccine hesitancy: Loss of trust and what can be done about it. 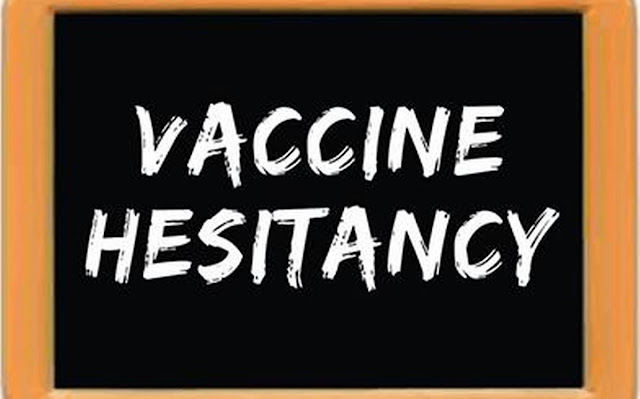 The facts behind the global rise in vaccine mistrust can be summed up as under;

- The opposition to vaccines is older than Jenner's attempt. Practices like olfaction, variolation, innoculation etc led to serious problems.

- Jenner imposed his own model on himself and family and repented. His family including him suffered and both he and his wife ultimately died of vaccine adverse effects, a fact not known to the public. Jenner became the first anti-vaxxer as he refused to vaccinate his second son after his first died of tuberculosis due to the vaccine

- The opposition to Jenner was by all reputed doctors of the day including Dr William Osler himself - the father of modern medicine. They raised very pertinent issues and followed them up with official statistics. Their petitions in book form are available

- In 1942 Dr Karl Landsteiner and Dr Merrill Chase published their findings on cellular immunity which proved only natural infection can provide immunity. Scientifically the concept of vaccines died with that study. But just as the virus theory dragged on because it suited the industry, vaccines also dragged on regardless of evidence

- Childhood illnesses soared after the small pox vaccine was repeatedly administered. This was pointed out by doctors. Diphtheria occurred in children as the small pox vaccine spread bovine syphilis, and tetanus occurred due to the operation that was a part of vaccine administration. And yet the DPT vaccine was launched with grave consequences. Tuberculosis spread due to the vaccine and this paved the way for the BCG vaccine which was later proven to be 0% effective

- In 1986 the concept of Th1 and Th2 immune imbalance came into being. Scientists who ascribed this to vaccination were quickly censored and the connection dumped

- In 1993 came the observation of cytokine storm, an autoimmune disorder caused by an immune system gone haywire. Pediatricians quickly realized what was beyond cytokine storm observed in children but they kept their observation to themselves. The theory itself was so channeled that it was ascribed to a "healthy immune system"

- In 2006 it was observed that acute infections prevent cancers. (Exposures to febrile infectious childhood diseases were associated with subsequently reduced risks for melanoma, ovary, and multiple cancers combined, significant in the latter two groups). Many raised the issue that we were erring by "preventing" them. Again these concerns were trashed.

- All chronic diseases and disorders we have today can be described as "autoimmune inflammatory immunotoxic disorders". Vaccines are best poised to cause such conditions

- The WHO and other agencies have historically tried their best to declare vaccines as safe and denied the links to all chronic disorders we witness today. Through RTI requests activists have records of internal discussions which are shocking because the harm is acknowledged and decisions taken to hide them. Award winning investigative researcher Janine Roberts has detailed a lot in her books "Vaccine Papers" and "Fear of the Invisible".

All of this make critics come to the conclusion that the industry safeguards and promotes vaccines to create the disease epidemics that help it to grow and profit.